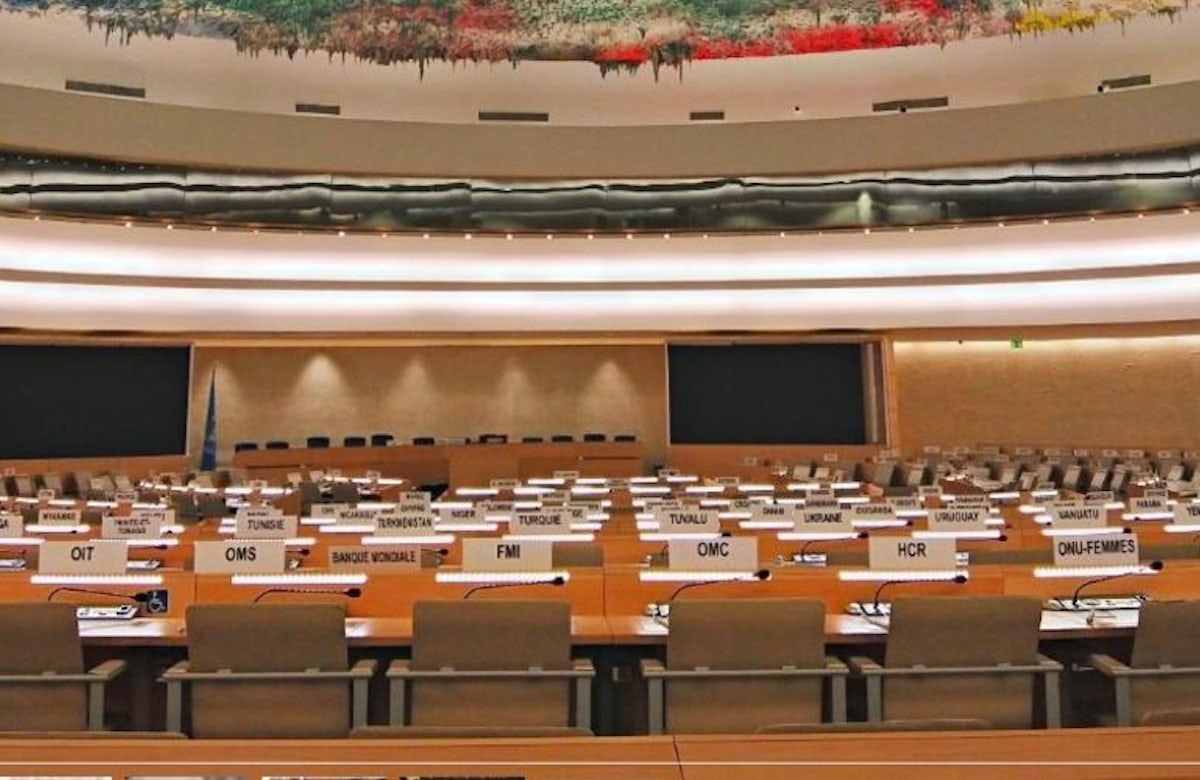 NEW YORK – World Jewish Congress President Ronald S. Lauder has vigorously denounced a report submitted to the United Nations Human Rights Council on Thursday that accuses Israeli security forces of having committed crimes against humanity during the violence that took place last spring on Israel’s border with the Gaza Strip and recommends that individuals be referred to the International Criminal Court.

“The independent commission of inquiry charged with evaluating the violence that erupted last year during the so-called March of Return on the Gaza border, and determining responsibility for these crimes, has produced an outrageous report that is both recklessly one-sided and a categorical misrepresentation of the sequence of events that took place and the sheer reality on the ground,” Lauder said.

“The report is teeming with incorrect facts and blatantly biased accusations against Israel, and exoneration of Hamas, culminating with an absurd recommendation that Israeli individuals be referred to The Hague based on absolutely refutable evidence,” Lauder added.

“For example, while the commission admitted that the de facto authorities in Gaza ‘failed in their due diligence obligations to prevent and stop the use of these indiscriminate [incendiary] devices’, it undermined Hamas’ direct involvement by asserting that some activities were organized by self-declared ‘units’, without evidence to suggest that they were directed or coordinated by an armed group,” Lauder said.

“Not holding Hamas accountable for these acts is a failure on the part of the commission to recognize that Hamas was and is fully responsible for inciting violence from within Gaza, and for consistently providing the systemic infrastructure that enables such terror to continue unhindered,” he said. “It is also appalling that the commission has failed to take Hamas to task for its indiscriminate use of civilians, including women and children, as human shields.”

“Furthermore, the report claims that Israel’s responsibility lies inherently in the fact that it has obligations under international law as ‘the occupying power’ to ensure the welfare and health of the Palestinian population, while neglecting to recognize that Israel disengaged from the Gaza Strip 14 years ago, and that its primary obligation is to ensure the welfare, health, and above all, security of its own residents and citizens,” Lauder added. “In doing so, the commission has effectively denied Israel the right to defend its own borders and protect its own citizens, moving instead to convince the international community to take part in a preposterous lawfare campaign against Israel. This is unacceptable on every level.”

“We urge the members of the UNHRC to denounce this report as invalid, based on disputable facts and evidence. They should instead turn their attention to the terrorist practices of Hamas, which is the real destabilizing force in the region and which seriously violates the human rights of Palestinians and Israelis alike,” Lauder added. “Representatives of the WJC’s Jewish Diplomatic Corps will speak out forcefully on this issue on the floor of the Council during the current session, and we sincerely hope that the international community take heed.”