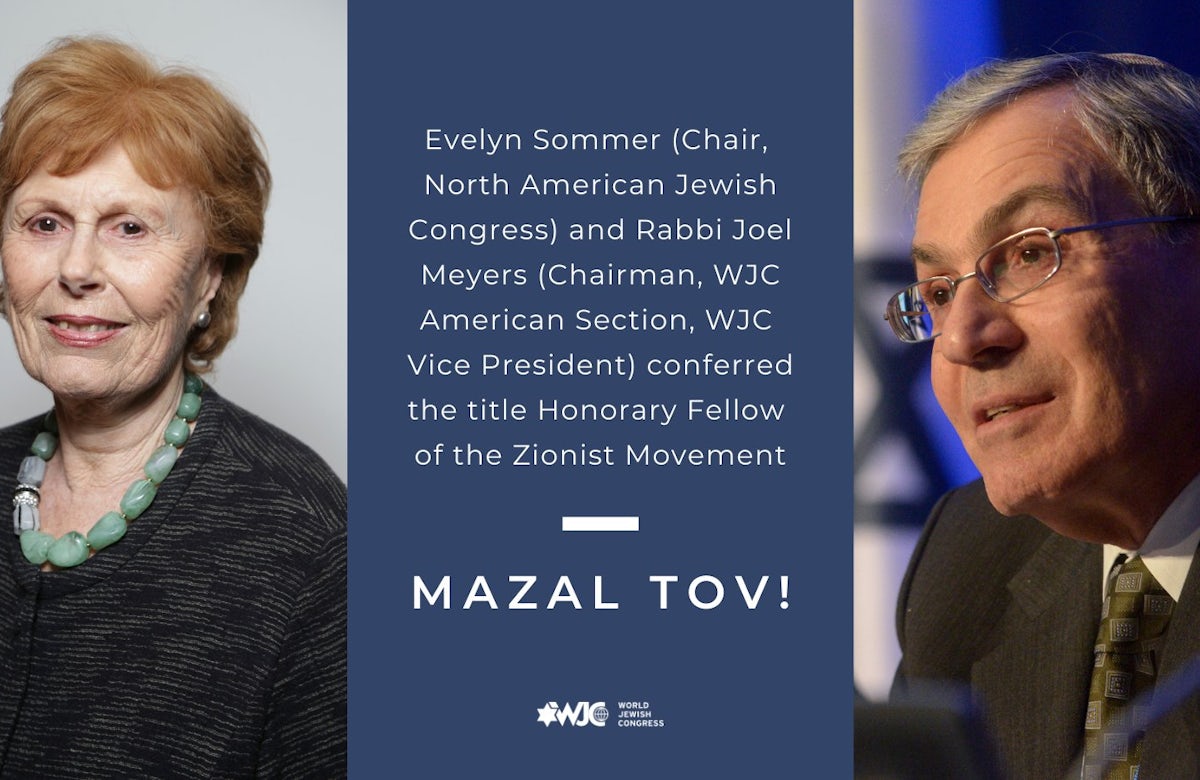 WJC North America is delighted to announce that Evelyn Sommer, Chair, WJC North America, and Rabbi Joel Meyers, Chair, WJC United States, are being honored today by the World Zionist Organization (WZO) as Honorary Fellows of the Zionist Congress for their many years of love for and defense of the State of Israel and the Zionist cause. In Evelyn Sommer’s capacity as founding leader of WIZO USA and Rabbi Meyers’ lifelong leadership of the Rabbinical Assembly, they have represented these Zionist organizations with unwavering dedication and devotion at the WZO and have set shining examples to Jewish leaders and Zionist activists all over the world. They have invested years of intensive effort into furthering the important goals of the WZO in order to help build and strengthen the bonds between Israel and the Jewish people.

As Rabbi Meyers said in his remarks on behalf of the honorees,” We have invested years of effort not for personal gain, but out of a profound partnership with and love for the Jewish state and Jewish people, in order to help realize the dream of being a free people in our homeland. We know this dream is most dear and demands much of us to sustain it, and recognize our responsibility to maintain the goodwill and unity amongst ourselves.”

WJC President Ronald S. Lauder congratulated the WJC honorees, saying, “The WJC wishes Evelyn Sommer and Rabbi Joel Meyers a hearty mazal tov as they continue to serve WJC North America and United States with zeal and commitment, imparting their wisdom and vast experience, as they challenge us to ever expand our reach to support and advocate for the Jewish State.”