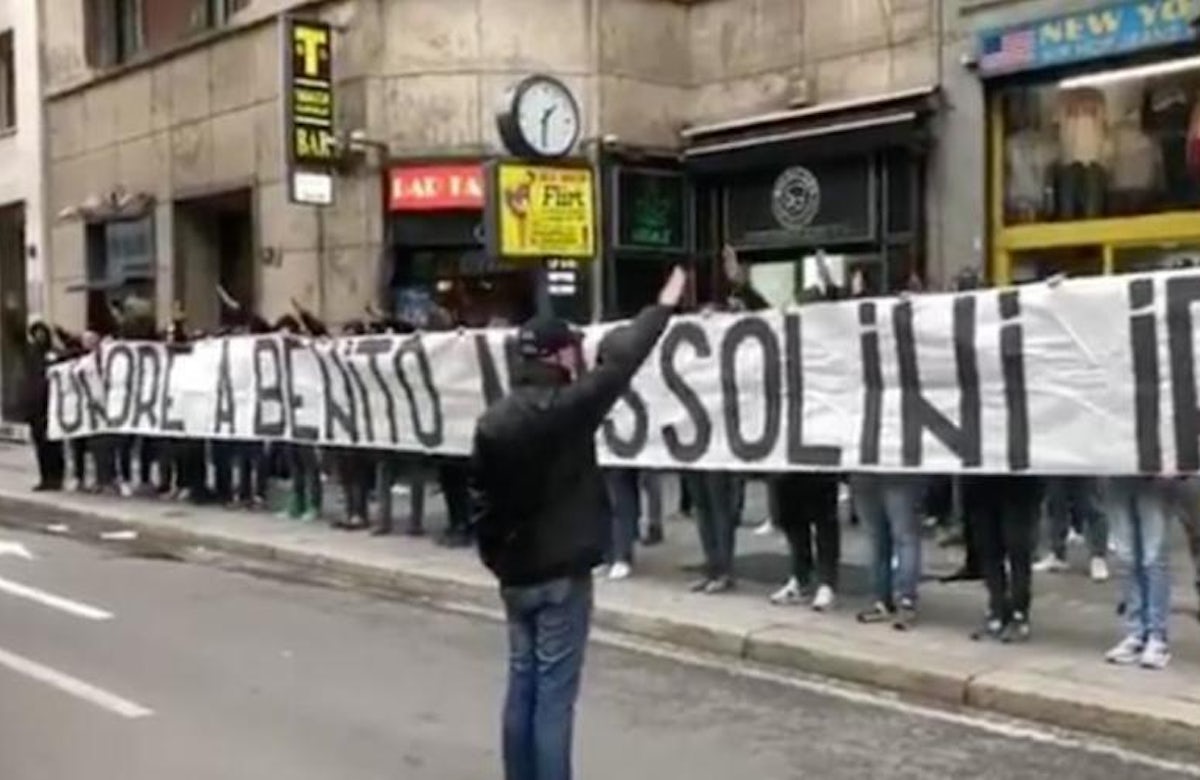 NEW YORK – The World Jewish Congress on Wednesday voiced deep condemnation after a group of supporters of the Italian Serie A football club SS Lazio were caught on video performing fascist salutes and hanging banners glorifying Benito Mussolini ahead of the team’s Wednesday match in Milan. The scene unfolded the day before Liberation Day celebrations, which mark the end of the country’s fascist dictatorship.

Responding to the incident, World Jewish Congress CEO Robert Singer stated, “It is incomprehensible that in the 21st century there are still those who seek to glorify a fascist regime that was responsible for spreading hate across the continent during the darkest days of World War II and supported the Nazis in their perpetration of the Holocaust and other crimes against humanity.”

“Football is known to millions around the world as the ‘beautiful game’ not only because of the skill of its players, but for its unique ability to bring people together over their shared love of sport and club. It is time for players, club officials, and governing bodies to make clear that there is no room for such behavior by supporters both inside and outside of stadiums. We call on the leadership of SS Lazio and Serie A to respond accordingly and to ensure that these fans are punished to the fullest extent,” Singer said.