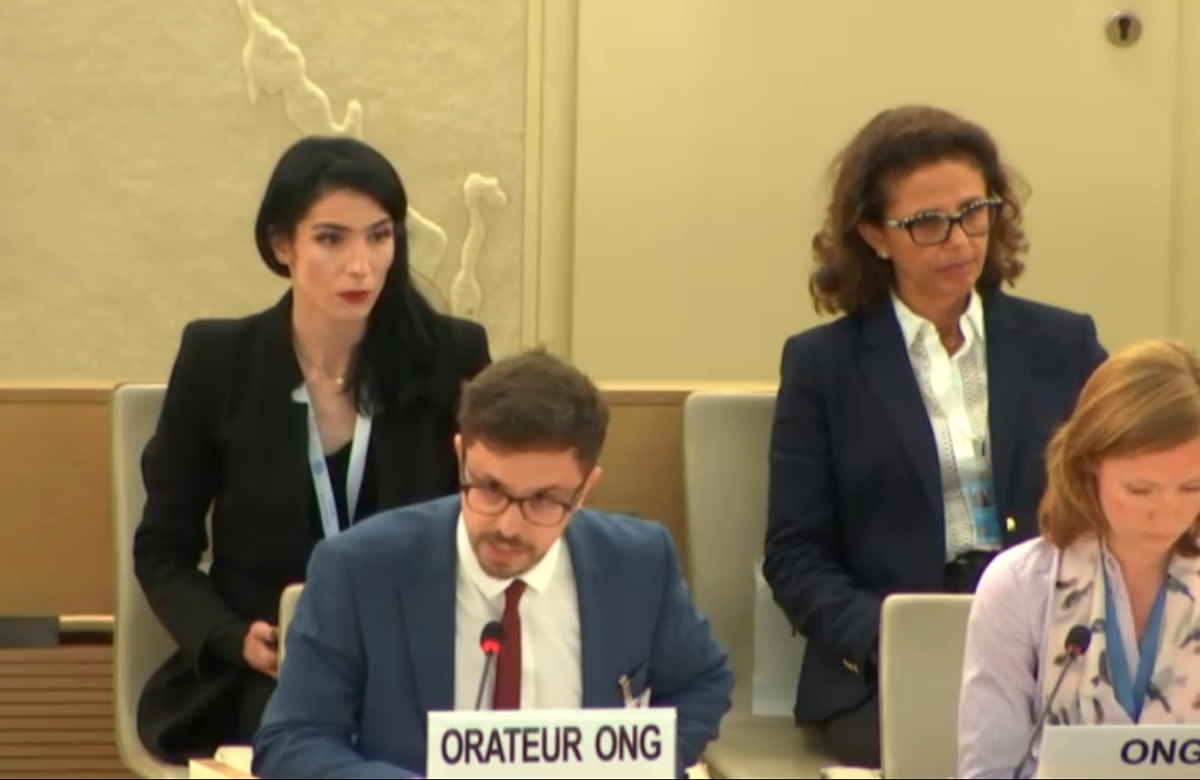 Geneva - World Jewish Congress Jewish Diplomat Aaron Cohen-Gold (UK) delivered a statement on 23 September on the United Nations Human Rights Council floor on behalf of the WJC urging the Council to end its “unhealthy demonization” of the world’s only Jewish State, Israel.

“On behalf of the World Jewish Congress, the organization representing over 100 Jewish communities across the globe, I am sad to say that the UN Human Rights Council seriously hurts its reputation with this Item that singles out the world’s only Jewish State, Israel.

"Israel is a rare place of freedom and democracy in the Middle East where you find examples of coexistence not seen anywhere else:

"Half way between Jerusalem and Tel Aviv is the town of Neve Shalom where Palestinian & Israeli families have formed a joint community and education system. In the northern city of Haifa, is a school, Yad b’yad, where Jewish and Arab children learn, play and grow up together. In Jerusalem, hundreds of Christian, Muslim and Jewish ‘kids4peace’ work together in the shared hope of a better future. In Tel Aviv, Israeli cardiology clinics specialize in providing treatment for children from the Arab and Muslim world.

"Mr. President - would these and the thousands of projects like them even be possible in many of the countries seated on today’s Human Rights Council?

"This Council’s unhealthy demonization of Israel worsens the very conflict it wants to solve. If the people here want to make a difference, they should work with Israel’s vibrant civil society whose work facilitates coexistence for all.

"The Human Rights Council should abolish this discriminatory and anti-Israel agenda Item immediately.”

The WJC Jewish Diplomatic Corps is the flagship program of the WJC, strengthening and empowering a new generation of outstanding Jewish leaders by providing them with the opportunities, experience, and network to impact Jewish interests through diplomacy and public policy. The elite network boasts a cadre of over 300 members from more than 50 countries.

Members of the WJC Jewish Diplomatic Corps have delivered over 80 statements on behalf of the WJC over the past five years at the UNHRC.