WJC to UNHRC: Council is a tool in Hamas’ cynical and criminal mass exploitation of Palestinian child soldiers 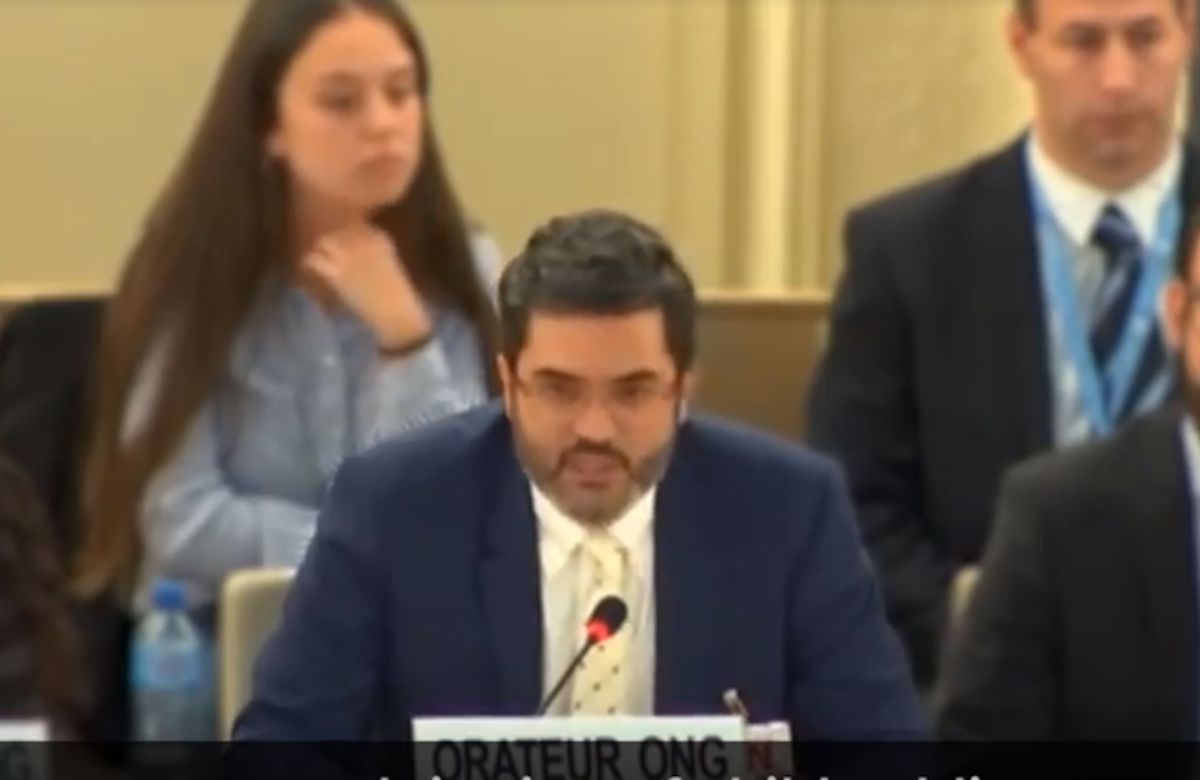 GENEVA - World Jewish Congress Jewish Diplomat Philippe Assouline (Israel) delivered a statement on the United Nations Human Rights Council floor on behalf of the WJC, warning the Council about Palestinian groups systematic abuse of children as soldiers in order to use their tragic deaths as currency to manipulate the West.

“One of the worst crimes against humanity is the systematic abuse and use of children as soldiers. The Rome Statute confirms it.

Were I to say this about the use of child soldiers in Sierra Leone or by ISIS, no one would think to disagree.

Yet, when it comes to what could only be called Palestinian child soldiers -- daily drugged with hatred and pushed to die as martyrs -- this Council unwillingly becomes an accomplice.

“A Palestinian child holding a stone, facing a tank… when that child dies and becomes a martyr, is that not the greatest message to the world?”

Those are the words of no less than Yasser Arafat, boasting on TV of deliberately sending innocent children to the front to die for the cameras, and weaponizing the heartbreaking images to demonize Israel.

That is not just what the PLO did for decades, it is what Hamas does in Gaza every war, every riot, every week. It poisons children with lust for martyrdom, sends them to the front, ensures that many get killed, and uses their tragic deaths as currency to manipulate the West – secure in the knowledge that this body will aid them.

By reflexively condemning Israel every time children are deliberately put in harm’s way by Hamas, this body is rewarding a system that abuses the world’s compassion. You are not defending human rights. You are tools in the cynical and criminal mass exploitation of child soldiers.”