WJC to UNHRC: It’s time for all nations to designate Hezbollah as a terrorist group 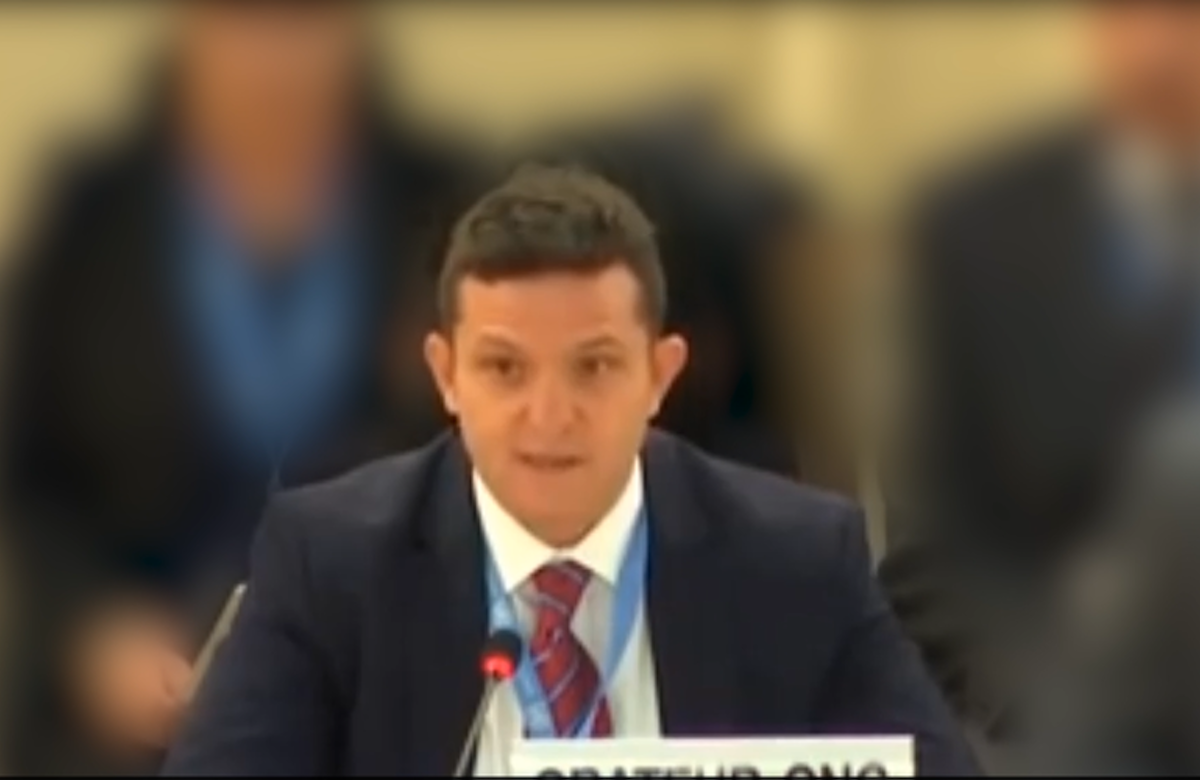 Geneva - World Jewish Congress Jewish Diplomat Gabriel Buznick (Argentina) delivered a statement during the 40th session of the United Nations Human Rights Council in March on behalf of the WJC, urging the international community to condemn Iran and its proxy Hezbollah as promoters of terror and for its constant violations of human rights.

“This year marks the 25th anniversary of the terrorist attack on the AMIA Jewish Cultural Center in Buenos Aires. It is the deadliest attack in the history of Latin America, leaving behind 85 dead.

“That was the first time I saw a corpse. I was 17 years old and arrived at the scene trying to help rescue the people who lay beneath the rubble. Unfortunately, I could not rescue anyone alive. However, I was able to help with my hands to remove four corpses.

“Unfortunately, the perpetrators are still at large. According to many reports, behind the attack was the terrorist organization Hezbollah, supported by the government of Iran. Hezbollah continues to commit atrocious crimes and attacks, endangering its own citizens, using them as human shields and digging tunnels from private homes with the aim of entering clandestinely into Israeli territory to murder innocents.

“The World Jewish Congress urges the international community to condemn Iran and its proxy Hezbollah as promoters of terror and for its constant violations of human rights. In addition, all nations should formally designate Hezbollah as a terrorist group, as the UK recently did.

“It is time for governments to take the decision to firmly combat terror, to promote in a concrete way the right of every human being to live in peace and security and not allow thousands of people to be subjected to the will of terrorist organizations that condemn them to suffering and death.”