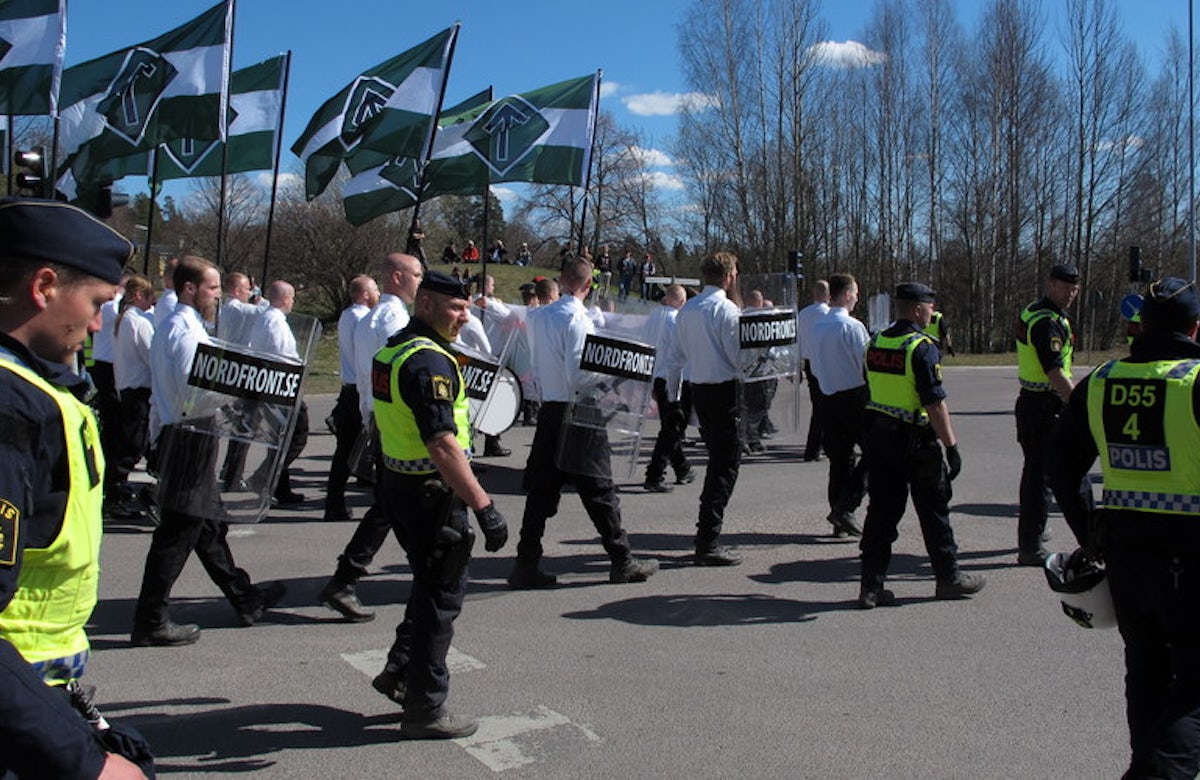 The World Jewish Congress is renewing its calls on the Swedish government to urgently outlaw the Nordic Resistance Movement, a violent neo-Nazi movement which is also registered as a political party. Members of the NMR on Tuesday blocked the entrance to a Holocaust exhibit at the Almedalen political festival in the city of Visby, screaming anti-Jewish epithets including ‘bloody mythomaniacs.’

The Nordic Resistance Movement is a dangerous organization which has absolutely no place in civilized society, let alone politics. Its despicable demonstration today outside a Holocaust exhibit at the Politician's Week in Almedalen is just the latest in its extensive track record of aggressive public actions, further underscoring the fact that its sole mission is to terrorize, and to callously eliminate ethnic and religious minorities from Sweden’s diverse national fabric.

At a time of rising antisemitism and violent political extremism, it is imperative that the Swedish government take a firm legal stand against any movement that seeks to undermine its democratic values and constitutional order. We support the previous statements of Swedish PM Stefan Löfven that the government has commenced efforts to strengthen the legal framework in order to ban NMR and violent organizations of its type. This is an absolute requirement to make it clear that the NMR will never be indulged as a legitimate political force. Now is the time for rapid and determined action on behalf of the government, using all measures necessary, to ensure that this threat against Swedish society ceases at once.