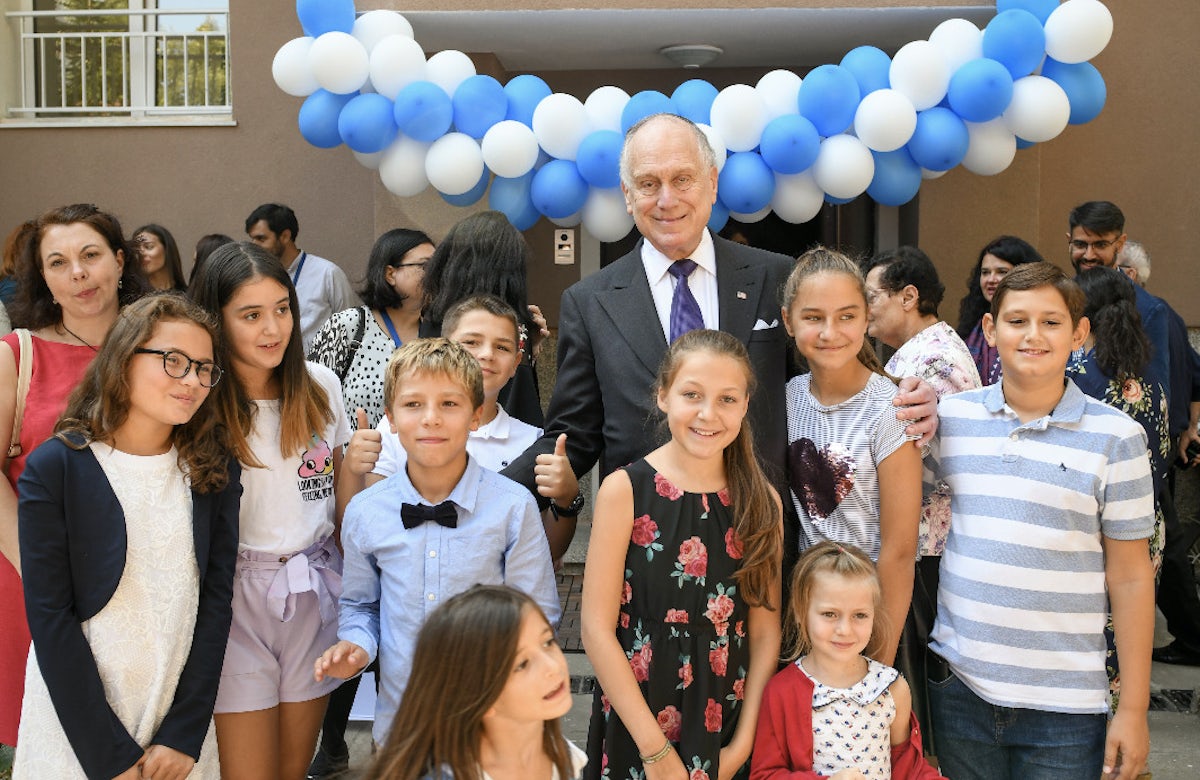 SOFIA, Bulgaria – World Jewish Congress President Ronald S. Lauder was in Bulgaria’s capital on Sunday to inaugurate the country’s first Jewish school in decades, sponsored by the Ronald S. Lauder Foundation and named after him for his philanthropic and humanitarian contributions to Jewish education worldwide.

The private school will initially serve 88 children in early elementary school and later will be open to students through grade 12. In inaugurating the school, Lauder said: “The way to fight antisemitism is through education,” for both Jews and non-Jews alike. “This is something we have to do throughout Bulgaria, at all the schools,” Lauder added.

“What do we want from the school? We want the children to be proud of being Jewish. In order to be proud, they have to know what they’re proud of, and why. Here they will learn many things, but most important, they’ll learn what Judaism’s all about,” Lauder said. “There has to be a future for Jewish children in Bulgaria and it’s a school like this that will build that future,” he added.

In its first year the school will provide Jewish education to 88 pupils; a place where Jewish children in Bulgaria can learn, grow, and be proudly Jewish. @ShalomBulgaria pic.twitter.com/3XuwHQQXq3

The inauguration of the school coincided with celebrations of the 110th anniversary of Sofia’s Central Synagogue, marking a festive weekend for the entire community,

The World Jewish Congress, under the leadership of President Lauder, has excellent relations with the government of Bulgaria and has found a willing partner in the fight there against neo-Nazi extremism and antisemitism.

Last year, the WJC initiated a March of Tolerance, together with the Bulgarian government, to counter the annual Lukov March held each February in the capital honoring a Nazi collaborator whose movement promoted the deportation of Jews during the Holocaust.

Lauder is also the recipient of Bulgaria’s highest state honor, the Stara Planina first degree, conferred to him by Bulgarian President Rumen Radev in recognition of his extraordinary dedication to the development and strengthening of friendly relations and co-operation between the global Jewish community and Bulgarian state institutions, civil society, and the local Jewish community, and also for his contribution to the development of education in Bulgaria.