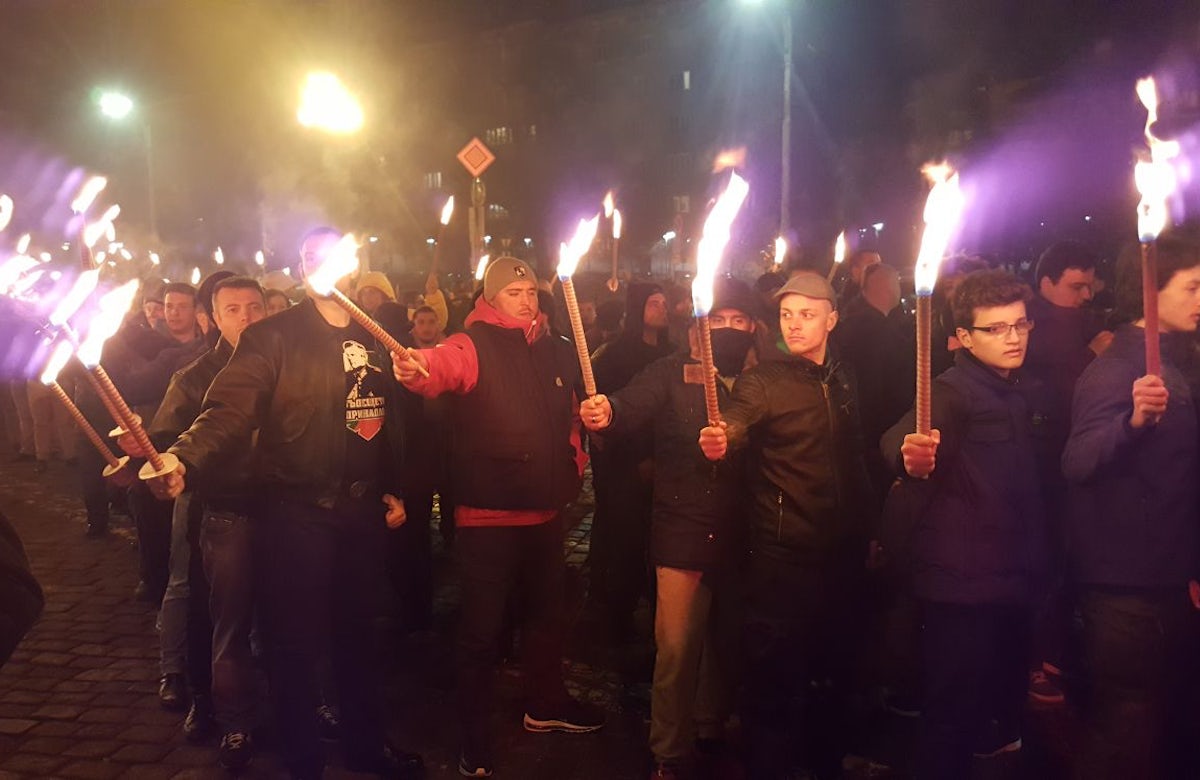 NEW YORK – World Jewish Congress President Ronald S. Lauder expressed his personal gratitude on Saturday to the political and judiciary authorities in Bulgaria, including Prime Minister Boyko Borisov and Sofia Mayor Yordanka Fandakova, for putting a long-awaited end to the annual torch-lit demonstration that generally draws thousands of neo-Nazi marchers from across Europe to celebrate Holocaust-era General Hristo Lukov, whose movement sent more than 11,000 Jews to their deaths in Treblinka.

This year, the organizers of the march agreed to obey a Supreme Administrative Court decision to uphold a municipal court order limiting the event to only flower-laying at Lukov’s home. The Sofia Municipal Police also reportedly advised the organizers of the march that any person who violated this order would be stopped. In the end, only some 60 supporters were in attendance.

“For the first time in more than a decade, the Jewish community of Bulgaria has been spared its yearly day of fear and apprehension from shameful flame-wielding thugs who parade through the streets to glorify the very ideology that brought the near destruction of the Jewish people,” Lauder said. “At this frightening time of rising antisemitic activity across the world, this is a moment of true victory for the Jewish community, the people of Bulgaria, and all promoters of justice and tolerance worldwide.”

“The World Jewish Congress is deeply grateful to the officials within the Bulgarian political and judicial sectors, including Prime Minister Boyko Borisov, Foreign Minister Ekaterina Zakharieva and Deputy Foreign Minister & National Coordinator against Antisemitism Georg Georgiev, Sofia Mayor Yordanka Fandakova, Prosecutor General Ivan Geshev, and the many others have been sincerely responsive to our concerns over this inciteful demonstration,” Lauder added.

“Our partnership to ensure the safety and security of the Bulgarian Jewish community has always been extremely positive and receptive, and the government’s proactive efforts in recent years in mobilizing to ban the march despite the many legal obstacles is a clear testament to its true support and friendship,” Lauder added. “Their cooperation last year with the WJC and the  Organisation of Jews in Bulgaria, Shalom, in convening the first-ever March for Tolerance to oppose this scourge was another critical demonstration of their dedication to helping us work to quell these flames of hatred, and it was an action that spoke louder than words. This year, only a few dozen neo-Nazi thugs showed up. Next year, let’s hope that the month of February will pass without a single disturbance of this kind.”