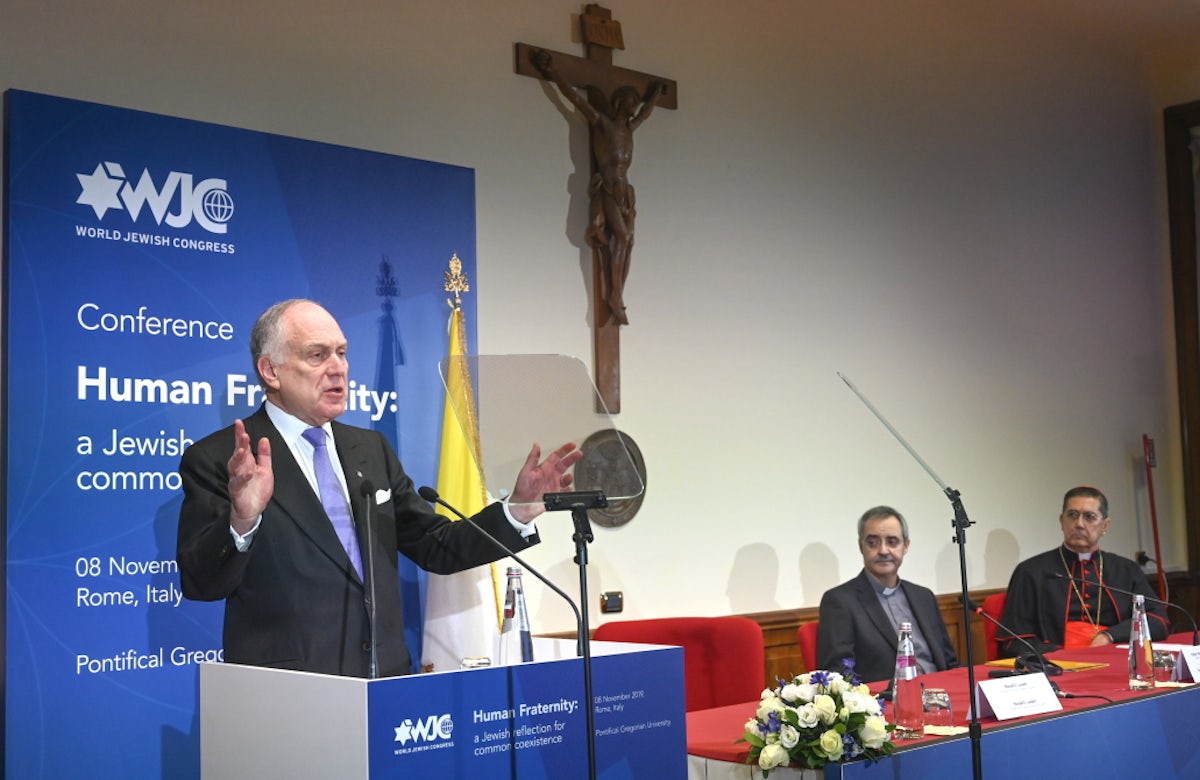 ROME – World Jewish Congress President Ronald S. Lauder delivered the keynote address at an event at the Pontifical Gregorian University in Rome, an institution of the Holy See. The event, Human Fraternity: A Jewish Reflection for Common Coexistence, brought together leading figures within the Catholic Church, Jewish community officials, and members of the diplomatic community to encourage and foster dialogue between the Abrahamic faiths. In his remarks, Lauder emphasized the importance of mutual respect and understanding between all religions and reiterated his endorsement of the spirit and values outlined in the Abu Dhabi Declaration on Human Fraternity, heralding it as a “defining international document” that deserves the respect of world Jewry. 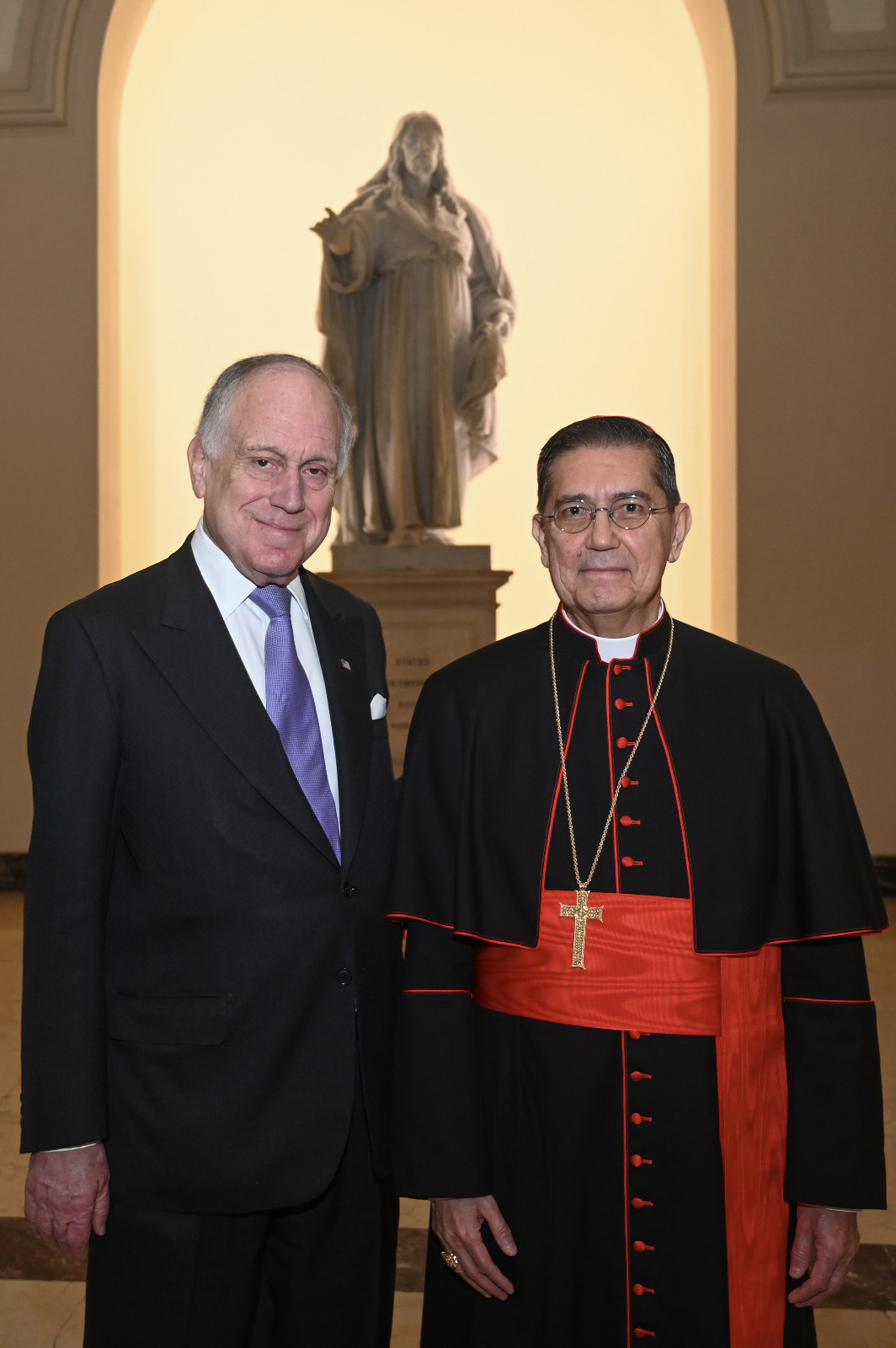 Others program participants included Father Nuno da Silva Gonçalves SJ, Rector of the Pontifical Gregorian University, and H.E. Cardinal Miguel Ángel Ayuso Guixot, President of the Pontifical Council for the Interreligious Dialogue, who thanked President Lauder for his crucial recognition, on behalf of world Jewry, of the importance of the the Abu Dhabi declaration.

The initiative for this conference was born following the co-signing of the Document on Human Fraternity for World Peace and Living Together by Pope Francis and Sheikh Ahmed el-Tayeb, the Grand Imam of Al-Azhar, in February 2019 in Abu Dhabi.

Inter-faith cooperation can make an important contribution to peace around the world and to better understanding between communities in our societies. For decades the World Jewish Congress has long spearheaded dialogue between the three Abrahamic religions – Judaism, Christianity, and Islam – and has established a close working relationship with the Holy See.