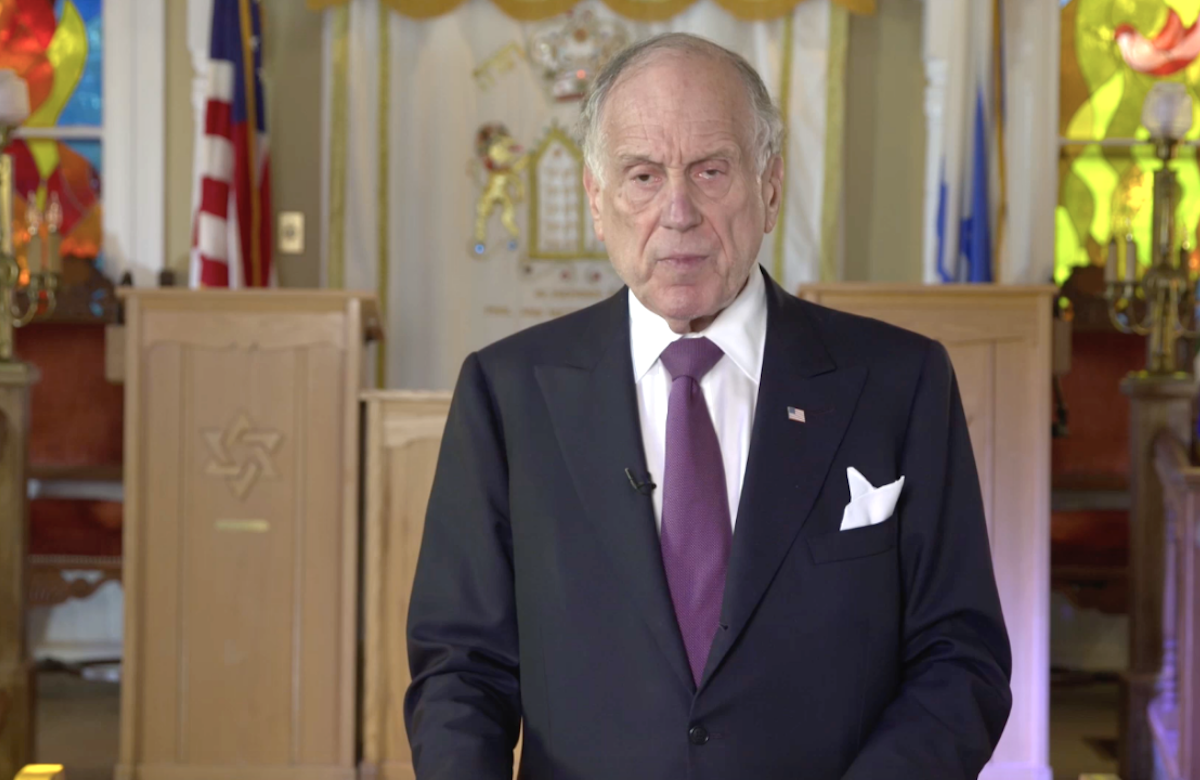 “Our topic today is the future of the Jewish people. Frankly, this is the most important issue we can talk about at this time.”

As a featured speaker at the Jerusalem Post Annual Conference, World Jewish Congress President Ronald S. Lauder addressed the potential for peace brought about by Israel’s normalized relations with the United Arab Emirates and the Kingdom of Bahrain. As he addressed viewers from the historic Adas Israel synagogue in Sag Harbor, New York, he shared, “The past, present and future of the Jewish people is tied directly to the future of the Jewish state of Israel.”

Lauder outlined four dangers affecting world Jewry, namely, the growing antisemitism across the world, divisions between Jews of different religious streams as well as between Jews of the Diaspora and those in Israel, and insufficient Jewish education compounded by intermarriage, leading young people to leave Judaism.

The one-day Jerusalem Post conference focused on the American presidential election and its impact on the alliance between Israel and the United States, along with other issues of concern to world Jewry.

Lauder opened his remarks by introducing Rabbi Daniel Geffen of Adas Israel in Sag Harbor. Geffen spoke passionately of the synagogue’s history, noting that the synagogue's first Torah was donated by President Teddy Roosevelt after his soldiers sought a synagogue to attend post-quarantine in nearby Montauk. The congregation was established in 1896.

“Our history here is one of every denomination. We have had Jews of Orthodoxy, of Conservative, of Reform, of Reconstructionist. This is a home for all Jews, regardless of background. And one that we are immensely proud of,” Rabbi Geffen added.

During his remarks, Lauder praised the historic peace accords with Israel, the United Arab Emirates and Bahrain, and predicted that this development would lead “to a realignment of the entire Middle East” as well as new opportunities in economic cooperation and security between the three countries.

While many believe that antisemitism disappeared after World War II, it has returned “with a vengeance.”

Lauder also addressed divisions among Jews and asked, “If our enemies don't care if a Jew wears a kippah or never even put one on, why should we care? We should see ourselves as one people always. The safety and security of any Jew anywhere affects us all.”

Concluding his remarks, Lauder called for unity: “The high holidays serve as an excellent reminder that our work, while always advancing, is never truly done. I’ve told you some of the problems that we face. But if we face them together, as one people, we can solve them. I want all of us to do this together.”