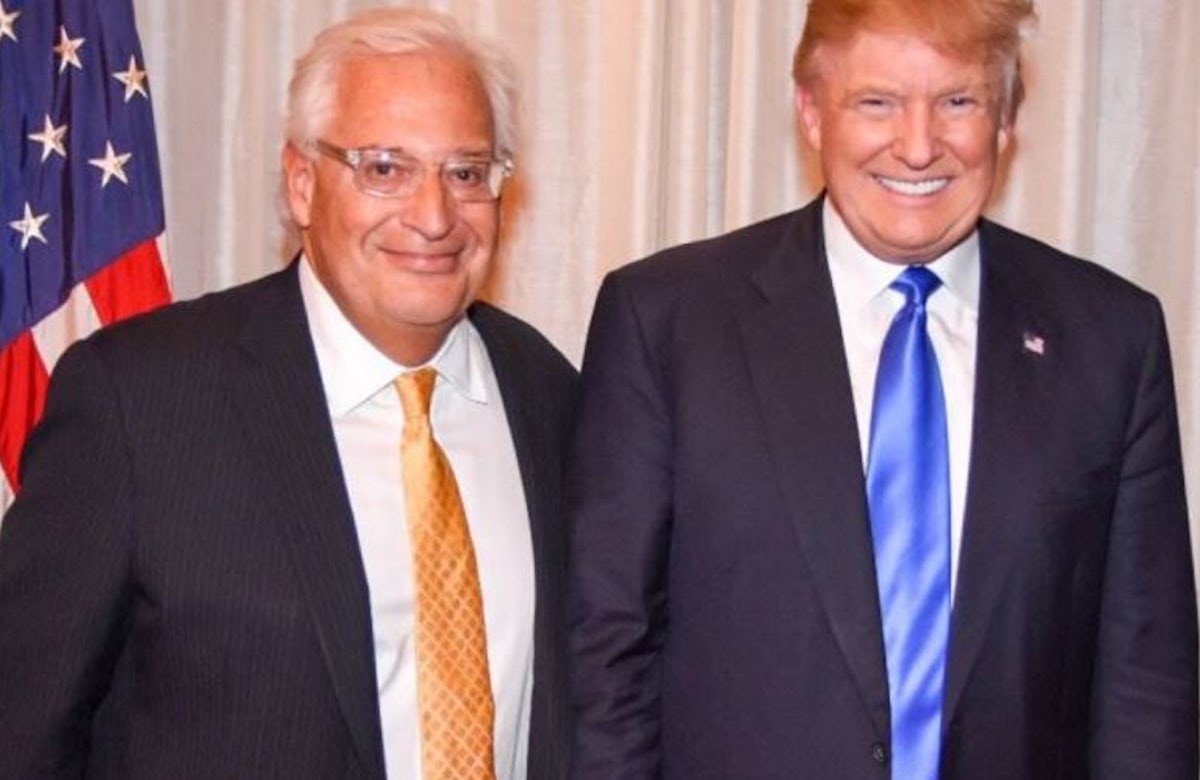 “During the campaign, it was no surprise to me when Donald Trump boldly declared he would 'send a clear signal that there is no daylight between America and our most reliable ally, the State of Israel'," Lauder said. "I have known President–elect Trump for 50 years and I can personally attest to his heartfelt commitment to the special kinship between the United States and Israel."

“As president of the World Jewish Congress, I welcomed the opportunity to meet yesterday with Ambassador-designate David Friedman. A thoughtful and accomplished individual, David Friedman is both a proud American and a passionate advocate of the benefits that the United States and Israel have enjoyed from a friendship that has spanned decades. I am confident that he will be an outstanding US ambassador to Israel," Lauder added.

“Having had the privilege of serving the United States as Ambassador to Austria under President Reagan, I fully recognize it is the president, not any ambassador, who sets American foreign policy," Lauder said. “I am sure that President-elect Trump has made the appropriate choice in selecting David Friedman to advance the Trump administration’s diplomatic policies.”