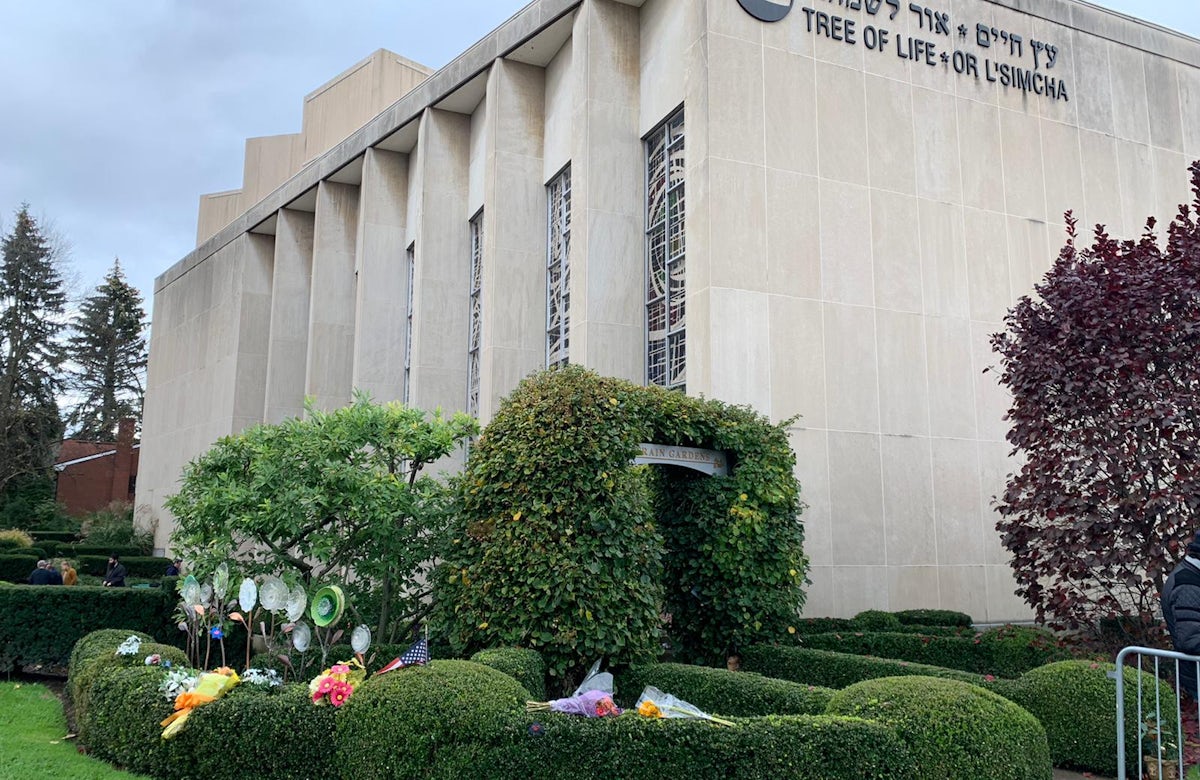 One year after the horrific shooting at the Tree of Life Synagogue, the city of Pittsburgh came together for a day of remembrance and repairing. The Jewish Federation of Pittsburgh, in conjunction with the JCC, and the rabbis of the local congregations, initiated the “Pause with Pittsburgh” movement – a global moment of remembrance for the eleven lives lost in the senseless tragedy.

In and around Pittsburgh, the anniversary date and surrounding days were filled with community-wide events and memorials – showing the world that the city is stronger and more unified than ever before. The series of events, under the tagline of “Remember. Repair. Together.” were attended by people of all backgrounds, religions, and ages.

While there, the delegation presented a commemorative book to Rabbi Myers of Tree of Life Synagogue and Rabbi Dyen of the Dor Hadash Congregation, which was housed in Tree of Life building, and the Jewish Federation of Pittsburgh.

One year later, we are standing with the Jewish community of Pittsburgh.

Today, and everyday, we remember the eleven lives lost at the Tree of Life synagogue. pic.twitter.com/KrApEeg7hV