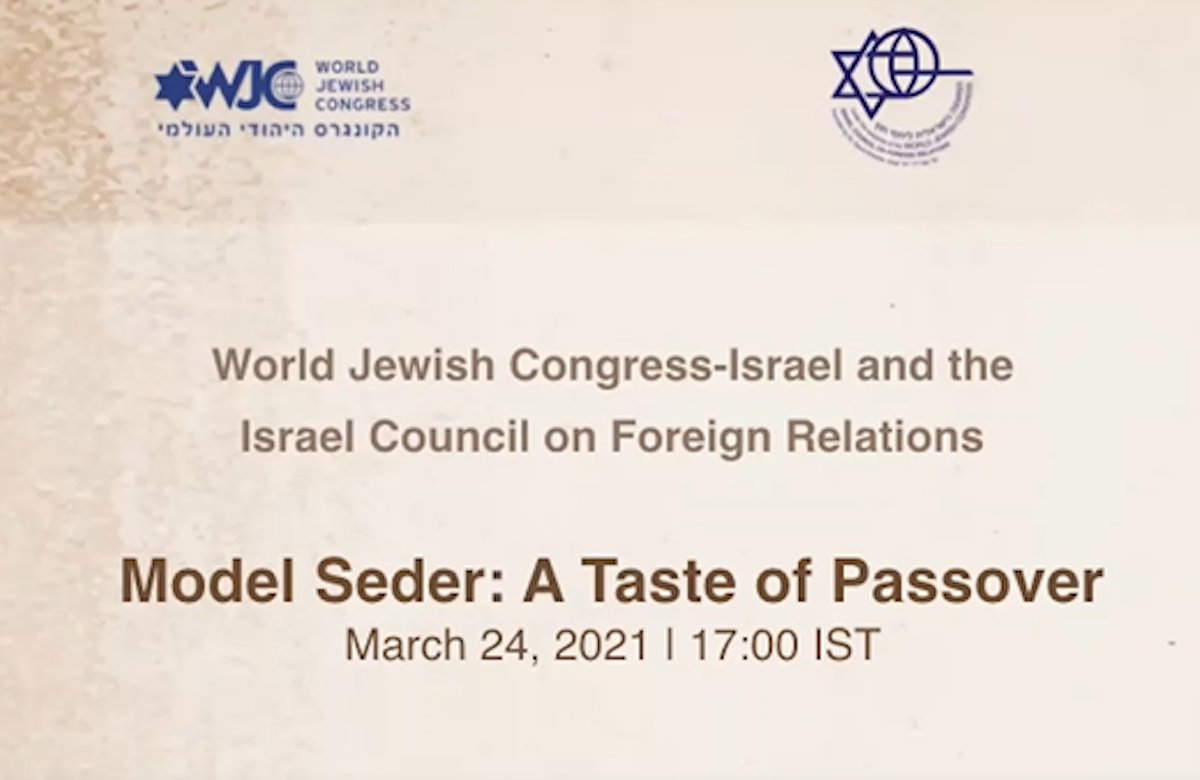 For several years, WJC-Israel has hosted a festive pre-Passover dinner for the diplomatic corps, at which the traditions of the holiday, so central to Jewish life, are explained and demonstrated. This year, due to the pandemic, the event was held virtually.

Over 50 ambassadors and other senior diplomats participated in the interactive event, which featured Passover greetings from WJC-Israel Chairman Gad Ariely and WJC Executive Vice President Maram Stern, an engaging message from the Chief Rabbi of the UAE, Rabbi Yehuda Sarna, who discussed the lessons foreign service officers can learn from the Passover story, and a personal recollection of family traditions presented by the President of the Board of Deputies of British Jews, Marie van der Zyl. Also featured was a rendition of the traditional “Ma Nishtana” song, performed by preschoolers at Gan Meirav in the Baka neighborhood of Jerusalem.

The program ended with a live demonstration of the preparation of charoset by Wendy Kahn, National Director of the South African Jewish Board of Deputies. This highlight of the event inspired Chargé d’Affaires of the US embassy Jonathan Shrier to post his own video demonstration of how to make charoset.

In advance of the event, entitled “Ma Nishtana: Why is this zoom event different than all others,” every ambassador posted in Israel received a kit containing the ingredients for the charoset (apples, walnuts and sweet wine), along with matzah, wine, and a Haggadah prepared especially for the event, which included greetings from WJC President Ronald S. Lauder; the testimony of one of the surviving fighters of the Warsaw Ghetto Uprising who described a Seder he attended during the revolt; and selected family recipes from members of the WJC-Israel board and the WJC JDCorps. A recording of the program is available here.