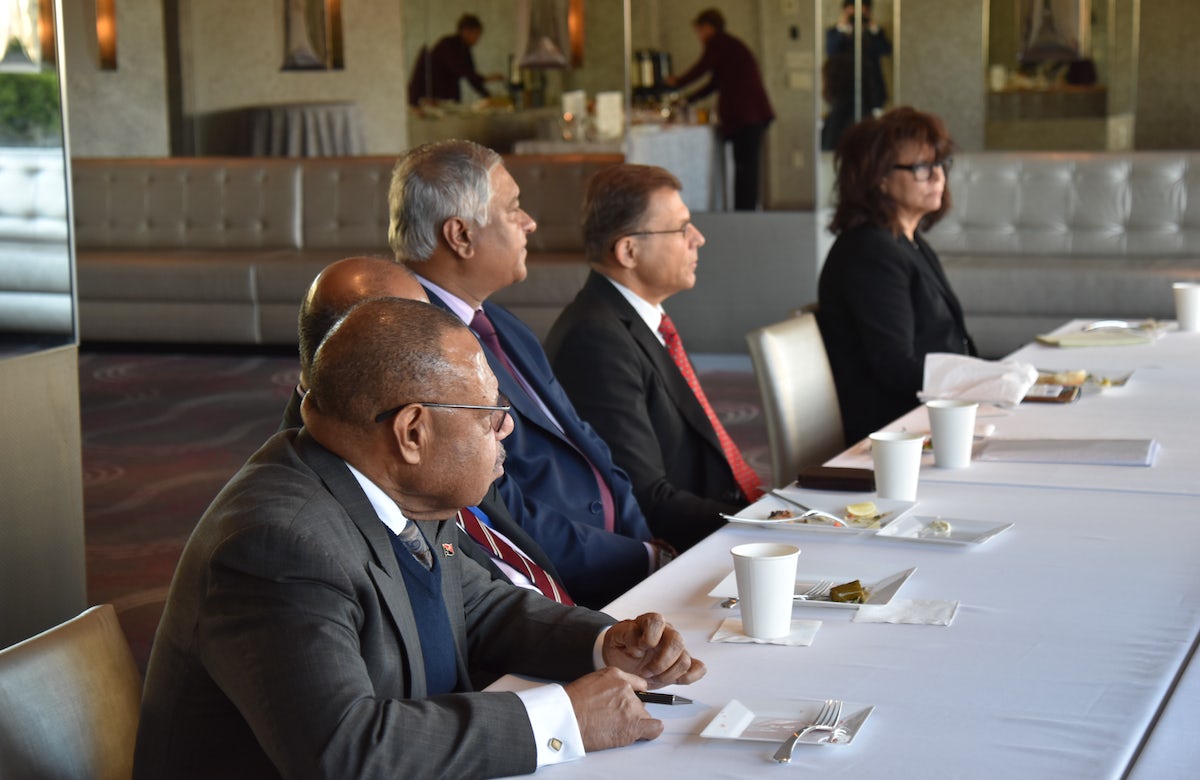 NEW YORK - The World Jewish Congress hosted a special gathering on Wednesday in honor of the Pacific Island States for their long-time support of the Jewish people and the State of Israel at the United Nations. The conversation between representatives of the WJC and ambassadors from the Pacific Island States focused on this lasting friendship and how it can be strengthened even further.

The Pacific Islands are among the first to bear witness and suffer from the consequences of climate change. The ambassadors also offered a stark reminder that global warming endangers us all and must be a concern to all. The WJC assured them of our support and help to amplify their voices in this important fight.

The ambassadors of the Pacific Island States also took this opportunity to reaffirm the strong commitment of their respective countries to the Jewish people and the State of Israel. They conveyed that it was out of a deep sense of shared identity that they will keep on backing Israel at the United Nations, including with their votes on the plethora of resolutions targeting the Jewish State each year.