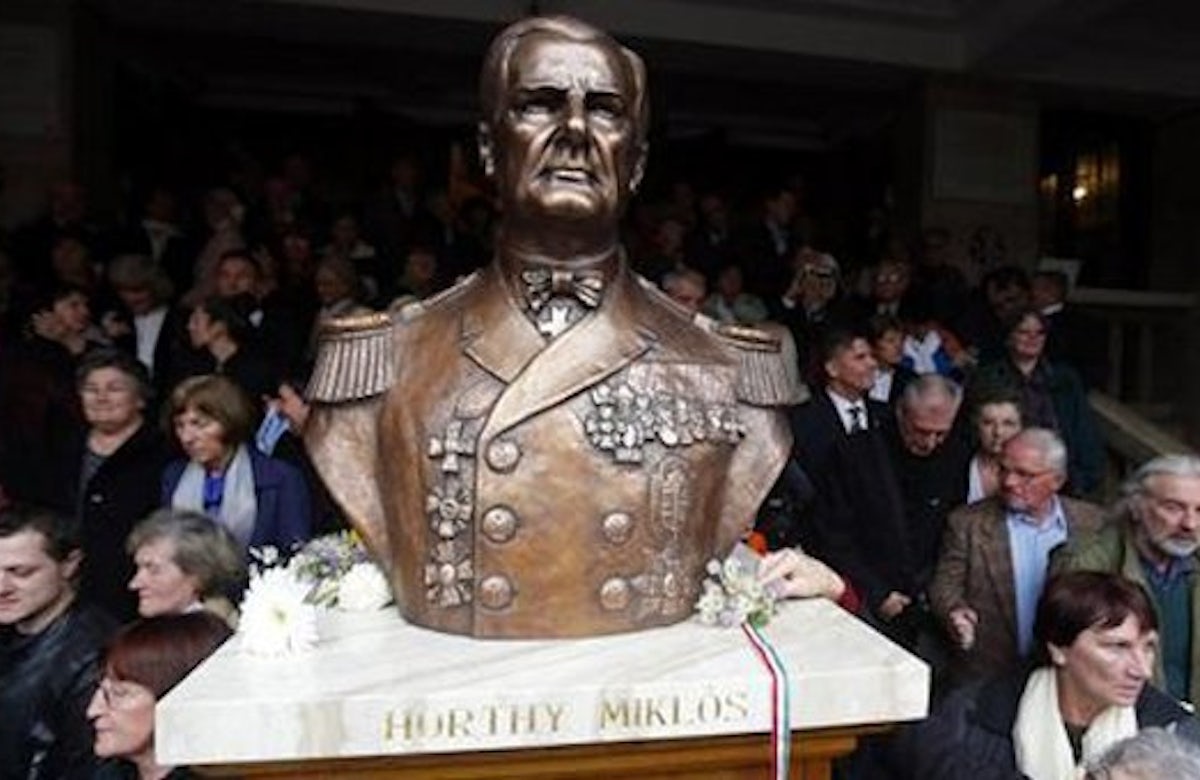 NEW YORK – World Jewish Congress President Ronald S. Lauder expressed outrage at Sunday’s ceremony outside a church in downtown Budapest at which the far-right Jobbik party and 600 of its supporters unveiled a statue of Hungary’s wartime ruler Admiral Miklos Horthy, a close ally of Adolf Hitler until 1944. Under Horthy's watch the Nazis deported more than half a million Jews to the death camps. “It is a historical travesty to publicly honor a man who introduced anti-Jewish laws in 1938, who sided with Adolf Hitler before and during World War II and who did nothing to prevent the murder of Hungarian Jewry. Jobbik has once again shown its true colors: It is an anti-Semitic, fanatic and anti-democratic party. It is high time Hungary takes decisive action against the party and prevents statues of an associate of the most evil mass murderer of all times,” Lauder said. 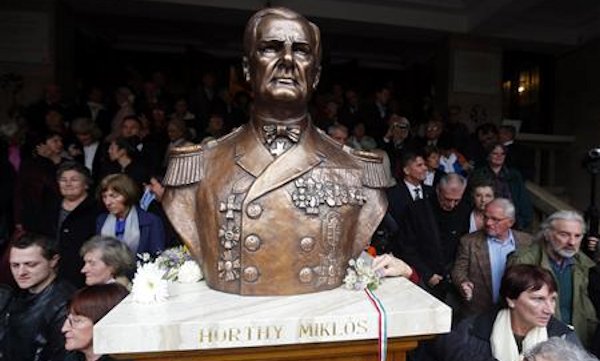 The WJC president also praised the estimated 1,000 people who protested against the unveiling of the bust but lamented that not all of the mainstream political parties associated themselves with this protest. Lauder added that some Hungarian politicians “seem to be concerned with their country’s reputation internationally but deny that a problem exists within their country that needs to be dealt with urgently, and that is the growing anti-Semitism and racism propagated by the extreme-right which falls on fertile ground.”

Ronald Lauder went on to state: “Anti-Semitism in Hungary is real, and many Hungarian Jews are feeling its impact in their daily lives. In a recent survey, 91 percent said that is has increased over the last five years. Jobbik is not a marginal phenomenon in Hungarian politics, but the third-largest force in parliament. Nearly a third of voters under the age of 30 sympathize with this party, according to studies. The problem is therefore not a matter of perception but of a need for real change on the ground. It cannot be glossed over by improving public relations, but only by taking the right action against all those who propagate racism and anti-Semitism.

“The World Jewish Congress welcomes the recent pronouncements of the Hungarian government about combating anti-Semitism, which appear to respond to concerns expressed by various Jewish organizations. Yet words alone won’t suffice. Although Jobbik gained parliamentary representation in free elections, it is obvious that this party is actively undermining democracy. The Hungarian government should examine which of Jobbik’s activities are against European norms and Hungarian laws, and act accordingly,” Lauder declared.