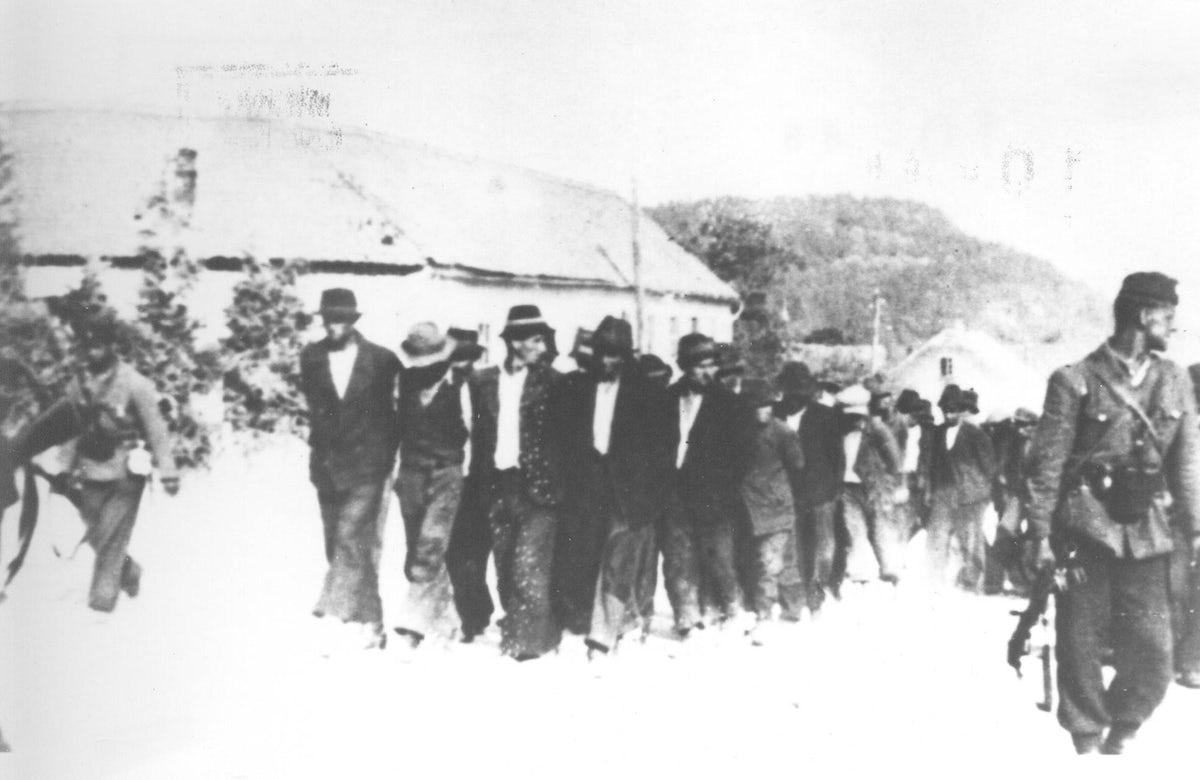 Below is a full translation of an interview originally published in Croatian in Al Jazeera Balkans on 21 May 2020.

The General Counsel and Associate Executive Vice President of the World Jewish Congress, Menachem Rosensaft, spoke with Al Jazeera this week about the WJC's firm opposition to a special Mass held in Bleisburg honoring Ustasha forces under the sponsorship of the Croatian parliament. The Mass for those killed in the events in Bleiburg in Sarajevo's cathedral is an affront to all those who believe in the values of Christianity because it puts the Ustasha on a pedestal and celebrates them almost as Christian martyrs, says World Jewish Congress’ General Counsel Menachem Rosensaft.

The founder of the International Network of Children of Victims of The Holocaust, a man whose parents survived the horrors of the Auschwitz and Bergen-Belsen camps, and a longtime fighter for the memory of those killed in World War II, says to Al Jazeera, that the integrity of memories is lost the moment history begins to be denied and distorted. He adds that the crimes should not be compared, but also that "there is no difference in the glorification of the Ustasha, the attempt to deny the genocidal crimes committed by the Republika Srpska troops under the command of Ratko Mladic in Srebrenica, or the proclamation of members of the Handžar Division as heroes and role models".

Q: The World Jewish Congress condemned the announced Mass in Sarajevo. How do you comment on this move of the Catholic Church in Bosnia and Herzegovina and Croatia?

A: It is one thing to pray for the souls of the damned (although I’m quite sure the families of the victims of the Ustasha are not as charitable), but this Mass places the Ustasha on a pedestal and glorifies them almost as Christian martyrs. This is an insult to all those who believe in the values of Christianity. The proponents of the Mass try to depict those of us who find it offensive as anti-Christian and anti-Catholic, But this issue has nothing whatever to do with religious rights, and everything to do with our right to object to yet another glorification of men who murdered, or participated in the murder, of hundreds of thousands of innocent men, women and children.  It is a pity that the Croatian Catholic Church has identified itself with this blatant attempt to distort history.

Q: The area of the Balkans has been shaken by many wars and crimes that are interpreted differently. On the other hand, the Jewish community has a strong culture of remembrance by which it preserves the memory of everything it has gone through as an inalienable part of its existence. How can the Balkan peoples embark on this path of culture of remembrance? The Balkan nations have mutually contradictory relations to history and to the sufferings of their own and other peoples? Is the right time to correctly interpret the history behind us?

A: The most important part of remembrance is honesty. The moment one starts to deny or distort history, one loses the integrity of memory. This means that the Croatian nation and the Croatian people must recognize that the Ustasha led by Ante Pavelić brutally and systematically murdered hundreds of thousands of Serbs and tens of thousands of Jews, as well as many Roma and Croatian anti-fascists. This must be the beginning of any discussion about Croatia’s history during World War II. Any attempt to glorify the Ustasha or depict them as anything other than cold-blooded murderers is a deliberate falsification of history.

The same holds true for other Balkan nations and ethnicities. Serbs were victims of the Ustasha at Jasenovac and elsewhere. But Serb ultranationalists of the Republika Srpska committed genocide against Bosnian Muslims at Srebrenica. And Bosnian Muslims committed brutal war crimes against Serbs and Jews as members of three divisions of the Waffen-SS, including most prominently the notorious Handžar Waffen-SS Mountain Division. It is no more appropriate to glorify the Ustasha than it would be to try to whitewash the genocidal crimes committed by Republika Srpska troops under the command of Ratko Mladić at Srebrenica, or to hold up the members of the Handžar Division as heroes and role models.

Genocide, war crimes are interpreted as victories or as motives for provocations ... What kind of future does the situation in which the suffering of another is used as a weapon against him bring to any part of the world?

A: All forms of genocide and crimes against humanity must be condemned unambiguously and unconditionally. Anyone who tries to rationalize or defend the persecution and murder of innocent men, women, and children becomes retroactively complicit in the crime. This is as true of Auschwitz as it is of Jasenovac. Glorifying or rehabilitating mass murderers means condoning their actions – and there can never be any justification for genocide. No genocide can ever be interpreted as a victory.

Q: The Jewish community in the Balkans has suffered greatly in the past century. How do you interpret the attitude towards it in the Balkan countries?

A: The Jewish communities in the Balkans today – with the exception of Bulgaria – are the remnants of what they were before the Holocaust. The once-great communities of Thessaloniki, Sarajevo, Osijek, Belgrade, Travnik or Zagreb that had a huge impact on their cities and cultures in virtually every sphere of life are a memory. Still, the present-day Jewish communities of the Balkans remain an integral part of their societies, even if on a much smaller scale.

It is difficult to say how much people in the Balkan countries today are aware of the legacy Jews left in their cities throughout history and probably this awareness will further decline with new generations. I am sorry to see this. On the other hand, I am happy to see that the level of antisemitic manifestations in the Balkans is on a much lower level than in other parts of Europe where Jews feel far more threatened.

I would say that the most difficult issue for the Jews of the Balkans is that by pursuing the historical truth – such as calling the Ustasha for who they were or insisting on the adequate depiction of Jasenovac as a site of brutal genocide — and not endorsing an ultra-nationalist historical narrative, they are often attacked as traitors to the countries where they live.

Q: Regarding the previous issue, the whole of Europe and beyond is shaken by the strengthening of the extreme right, which denies (to put it mildly) the suffering of Jews, Muslims, refugees, and numerous other minorities. What is the future for the Jewish and world community if this trend continues?

A: We are witnessing a resurgence of fascism, neo-Nazism, white supremacism, and antisemitism in many parts of Europe and elsewhere that is truly frightening. We know all too well that the ultimate consequences of antisemitism and ethnic hatred were epitomized forever in the gas chambers of Auschwitz, the brutalities perpetrated at Jasenovac, the Srebrenica massacre, and the Rwandan genocide. These horrific crimes did not occur in a vacuum. They were the absolutely predictable conclusion of a process that begins with widespread espousal of ideologies of hatred. Which is why we as an international society must repudiate any form of antisemitism, islamophobia, xenophobia, or other bigotries. We must speak out whenever any minority is persecuted or attacked. To compromise with evil, or to minimize or ignore evil, is to condone and be complicit in evil.

Q: The genocide in Srebrenica is denied, the Holocaust is relativized, mass deportations and concentration camps are called into question, and criminals and criminal movements are glorified. How to deal with this condition?

A: As I stated earlier, every genocide must be recognized as a horrific crime that can never be justified, relativized, distorted, or minimized.  Anyone who glorifies Nazism or Nazis has no place in contemporary civil or political society. The same holds true of anyone who glorifies the Ustasha. That is why we must publicly condemn any suggestion that the Ustasha were Croatian patriots, or that the Nazis were in any way “good Germans”. Ideologies of hatred are repugnant by definition. And so we must stand up whenever football fans shout Ustasha slogans, or when a Sarajevo Cathedral desecrates the memory of all victims of the Ustasha by holding a Mass in their memory that falsely depicts the Ustasha as heroes who fell for freedom and the independence of modern Croatia.