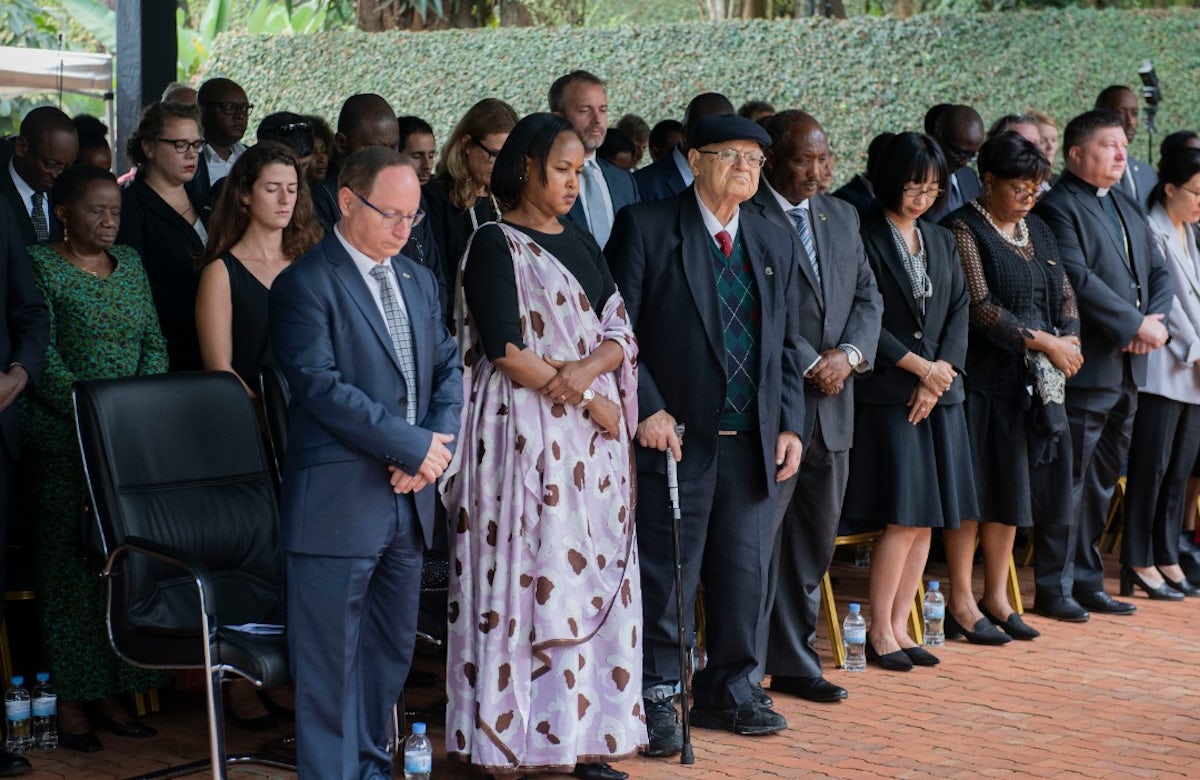 The World Jewish Congress was represented on Monday at the official International Holocaust Remembrance Day ceremony in Kigali, Rwanda by South African member of the WJC Jewish Diplomatic Corps Chaya Singer, who spoke on behalf of the organization to address the rise of antisemitism and hatred around the world.

In her address to the ceremony, which was hosted by Israeli Ambassador Ron Adam, Singer noted that both the Holocaust and the Rwandan genocide began with the hateful rhetoric and what she termed “seeds of hate left to grow.” Singer condemned in her remarks the inaction of certain governments to fight antisemitism and called for authorities around the world to adopt the International Holocaust Remembrance Alliance’s working definition of antisemitism.

Israeli Ambassador Adam, host of the event, was an active member of the Permanent Mission of Israel to the United Nations’ efforts in 2005 to pass a General Assembly resolution designating January 27 as International Holocaust Remembrance Day. Other notable participants at the ceremony included United Nations Resident Coordinator Fode Ndiaye, who said in his remarks, “I think Chaya made it very clear what is expected of all of us”; Rwandan Minister for Youth and Culture Rosemary Mbabaze, who spoke about the growing trade cooperation and partnership between Rwanda and Israel; German Ambassador Dr. Thomas Kuvz; and Holocaust survivor Daniel Frankel. The ceremony also included a prayer led by the first permanent Rabbi of Rwanda, Rabbi Haim Bar Sella.