WJC condemns persecution based on religious beliefs, sexual orientation or skin pigmentation at the UNHRC 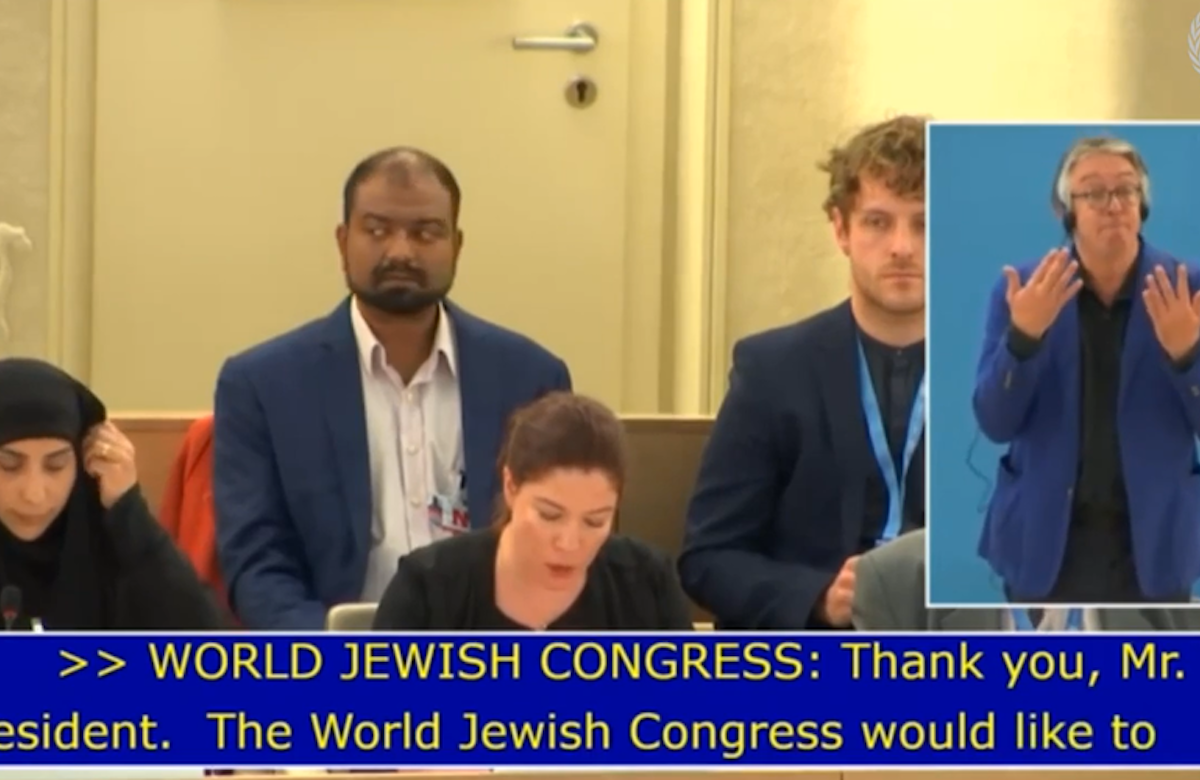 “The World Jewish Congress would like to congratulate the Independent Expert on albinism for this report and her work aimed at exposing the discrimination faced by persons with albinism. The Independent Expert addresses the access to justice for persons with albinism, provides best practices as well as her recommendations on how to move forward. We echo her call for this matter to receive urgent attention and effective measures.

The World Jewish Congress condemns discrimination and persecution of all human beings on the basis of their religious beliefs, political convictions, sexual orientation or skin pigmentation. As Ms. Ero noted in her report, part of the problems faced by persons with albinism stems from erroneous beliefs and myths, due to widespread ignorance and superstition.

This has resulted in persons with albinism being subject to severe forms of persecution and discrimination. They are often left without appropriate recourse to effective remedies. They also face acute marginalization, social exclusion, physical attacks and are also victims of bullying.

In her previous reports, the Independent Expert has described the so-called “ritual attacks” that continue to take place in parts of Africa, in which persons with albinism are murdered for their body parts, believed to possess magical powers. This is unjust and unacceptable. The World Jewish Congress is appalled by these practices and calls upon all concerned states to take effective measures—in law, education and elsewhere—to curtail these incidents targeting persons with albinism.

We would like to ask the Independent Expert if she has seen any reduction in such practices, since her mandate has been created.”

Ms. Ikponwosa Ero, Independent Expert on the Enjoyment of Human Rights by Persons with Albinism replied to the statement by the WJC:

“I had a question on whether attacks have gone down since this mandate. It’s a mixed situation. The visibility of the mandate has resulted in several cases being reported in droves in ways that was not expected, but that is a good thing; however, it has also been reportedly reduced in certain countries. I will give the caveat that in certain countries that report reductions, the press freedom has also gone down, so this is something I’m celebrating with some trepidation.”