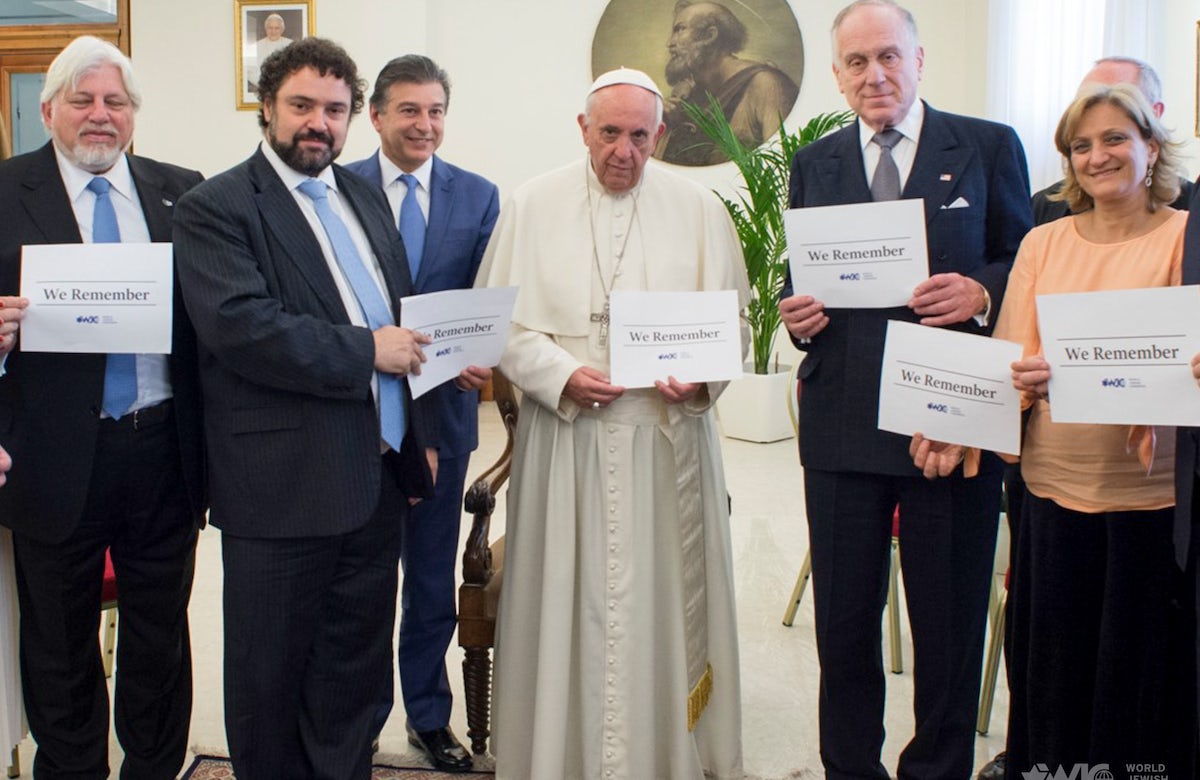 BUENOS AIRES – Claudio Epelman, World Jewish Congress Representative in Latin America, Commissioner for Interfaith Relations & Executive Director of the WJC-affiliate Latin American Jewish Congress, spoke recently with the AJN News Agency of his professional relationship and personal friendship with Pope Francis, who entered the papacy as in 2013 after serving as a bishop for many years in Buenos Aires.

Epelman first met Pope Francis in 2007 during the pontiff’s term in Buenos Aires as Cardinal Jorge Bergoglio, when they both attended a conference organized by the Church, then under leadership of Pope Benedict XVI, in Aparecida, Brazil. In his interview with AJN, Epelman spoke of the Pope’s demonstrated commitment to coexistence over the years, both as a bishop and as the head of the Catholic Church.

“Those who have followed Cardinal Bergoglio’s career closely can certainly point to this conference as a launching point for his going on to become the leader of the Church, planting the seed for his future entry into the pontificate,” Epelman told AJN.

From that first meeting in Brazil, Epelman and Cardinal Bergoglio became close friends. “We shared Christmas dinners and masses and developed a personal relationship that we continued to cultivate until he left Argentina, changed his name to Pope Francis, and exchanged his black cloak for a white one,” Epelman said. Of these memorable Christmas dinners, Epelman recounts a modest gathering with sodas, and cheese sandwiches prepared intentionally without ham, out of respect for the Jewish tradition.

In 2013, a large crowd gathered in front of the Plaza del Vaticano to await word of Benedict XVI’s successor. In his office in Buenos Aires, Epelman had his eyes on the television, to see if his friend of six years was indeed to be named Pope. “I felt a deep wave of emotion at that precise moment when I understood that Jorge Bergoglio, the man with whom I’d shared so much, was the new pope,” he said.

Within his role as WJC interfaith commissioner and executive director of the LAJC, under the leadership of President Adrian Werthein, Epelman considers his ongoing dialogue with Pope Francis in the subsequent seven years as beneficial for the continued consolidation of good relations between the two faiths. ”Jorge Bergoglio is a true  friend of the Jewish people … He may have changed his name and his clothes, but he is still the same person, with his same ways, sense of humor, and relationships …. I have the great privilege of maintaining contact with him,” said Epelman.