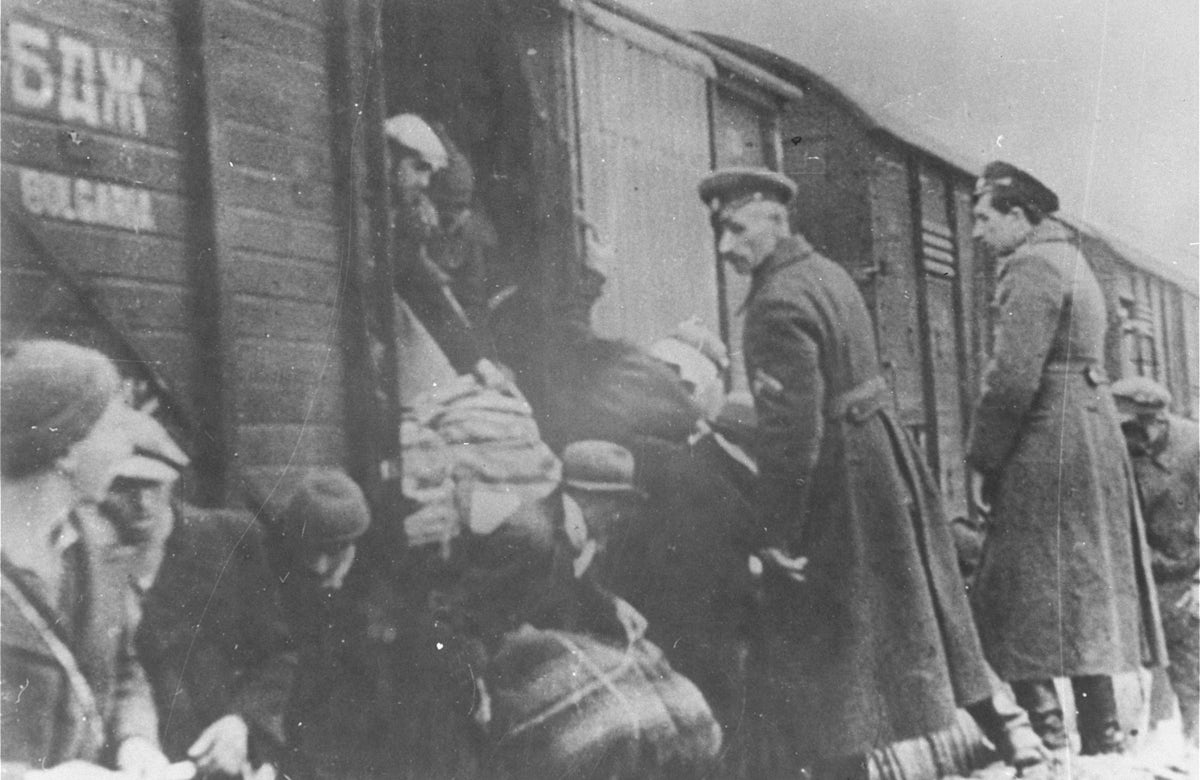 The World Jewish Congress, together with the Jewish Community in North Macedonia, and the Holocaust Memorial Center in that country, hosted a virtual event entitled Sin Memoria No Ay Avenir (Without memory there is no future): Commemorating the Holocaust of the Sephardic Jews of the Balkans. The program honored the memory of Sephardic Jewry in the Balkans - specifically in the Kingdom of Bulgaria and the territories it seized during the war - and examined the rebirth of several of these communities after the Holocaust.

The fate of Jews living in that corner of Europe was sealed in March 1943, when more than 11,300 Jews from the territory of today’s North Macedonia, Pirot in Serbia and Thrace in Greece were deported and sent to their deaths to the Treblinka extermination camp in German-occupied Poland. Of this number, 7,144 of the deportees came from the territory of modern-day North Macedonia, accounting for 98% of the pre-war Jewish population in the country; the highest percentage across all of Europe.

The event opened with remarks from the Director General of WJC’s Israel office, Dr. Laurence Weinbaum, an historian, who noted the unique timing of the event, saying it is "especially relevant that we hold this program between the holidays of Pesach and Purim when we are commanded to remember traumatic events in our history."

Following the leading of the Mourner’s Kaddish honoring Balkan Jewry by Cantor Avner Fisch (Edmond J. Safra Synagogue in Modiin) and a short video with testimonies of Holocaust survivors from North Macedonia, the event transitioned to the panel discussion, which was moderated by Weinbaum.

Julia Dandolova, CEO of Organization of the Jews in Bulgaria "Shalom", spoke about the Bulgarian Jewish community, noting that before the war there were about 50,000 Sephardic Jews in the country, who were well-integrated in Bulgarian society and were very supportive of the Zionist movement Dandolova also noted that the rescue of Bulgarian Jewry was not an “act of the state, but rather of the Bulgarian Orthodox Church, [and] various representative of the intelligentsia.”

Goran Sadikarijo, CEO of the Holocaust Fund of the Jews from Macedonia [sic], began by explaining that the roots of Balkan Jewry are ancient, noting that North Macedonia is home to “the oldest synagogue outside of Israel.” Sadikarijo said that during the wartime occupation of Macedonia, the country was divided into two zones, Jews were stripped of their citizenship and belongings, forcibly evicted from their homes, and sent to their deaths in Treblinka.

Dr. Alexandra Patrikiou, a researcher at the Jewish Museum of Greece, noted that when Greece was occupied in spring 1941 it was “divided into three zones of occupation which led to different experiences and fates for the Jewish population.” When the war was over, she went on to explain, the survivors immigrated to British Mandatory Palestine, France and the United States, and eventually the newborn State of Israel.

Barbara Panic, an art historian at Jewish Museum of Belgrade in Serbia, focused her presentation on the Jews from the Pirot area which was seized by Bulgaria. Panic explained that nearly the entire Jewish population was murdered in Treblinka. She lamented the fact that unlike in some other cities and towns to which a Jewish remnant returned, the community of Pirot was never reconstituted, noting that “the only remains of Jewish presence in town is the ritual bath (Mikveh).”

There are two different destinies of the Jews from the territories under the Kingdom of Bulgaria during the World War II. While the Jews on the territory of today’s Bulgaria were protected and saved by their fellow citizens, those in other territories were sent to their deaths in Treblinka, which is why, for the Jews of this part of the Balkans, March is a bittersweet month: As Balkan Jewry celebrates the salvation of the Jews of Bulgaria and the ordinary Bulgarian citizens who stood up to protect their neighbors, at the same time they mourn the Jewish communities of Macedonia, Thrace and Pirot, who were annihilated. Only by doing both will future generations come to understand the complex history of the Balkans during the Shoah.