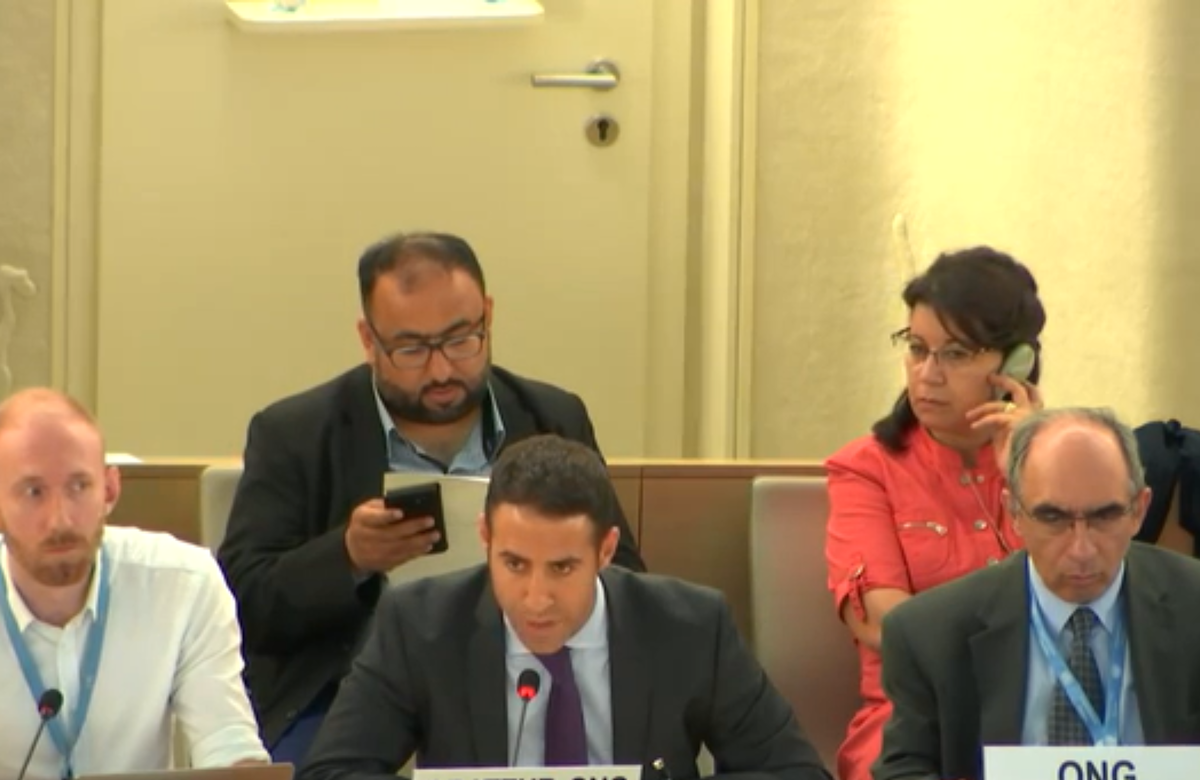 GENEVA - World Jewish Congress Jewish Diplomat Terry Newman (Israel) delivered a statement on the floor of the United Nations Human Rights Council on July 8 on behalf of the WJC, calling on the members of the Council “to protect their Jewish communities from violent hate groups throughout the world.”

“The World Jewish Congress welcomes the report of the Special Rapporteur on combating glorification of Nazism and other racist practices. Neo-Nazism and Islamist extremism both promote ideologies of group superiority - using violence and intimidation to achieve domination.

“Our impressionable, lonely and disenfranchised youth are fertile breeding ground for these extremist ideas. Social media accentuates these feelings of social inadequacy. And, our troubled youth search for direction from supremacist ideologies via the web – through games, YouTube channels and chatgroups.

“The World Jewish Congress invests major efforts to combat hatred and violence. For example, we have reached over a billion people through online educational campaigns, coalition building and counter marches. We join the call for Member States to engage and empower our youth, to support deradicalization programs, and to closely monitor social media platforms.

“Neo-Nazism and Islamist extremism have a shared enemy – the Jewish People. With 3,500 years of history, we know the dangers of ignoring extremists. The World Jewish Congress calls on the members of the Council to protect their Jewish communities from violent hate groups throughout the world.”