WJC at the UNHRC: Anti-Zionism is a politically correct disguise of traditional antisemitism to attack the Jewish people - World Jewish Congress

WJC at the UNHRC: Anti-Zionism is a politically correct disguise of traditional antisemitism to attack the Jewish people 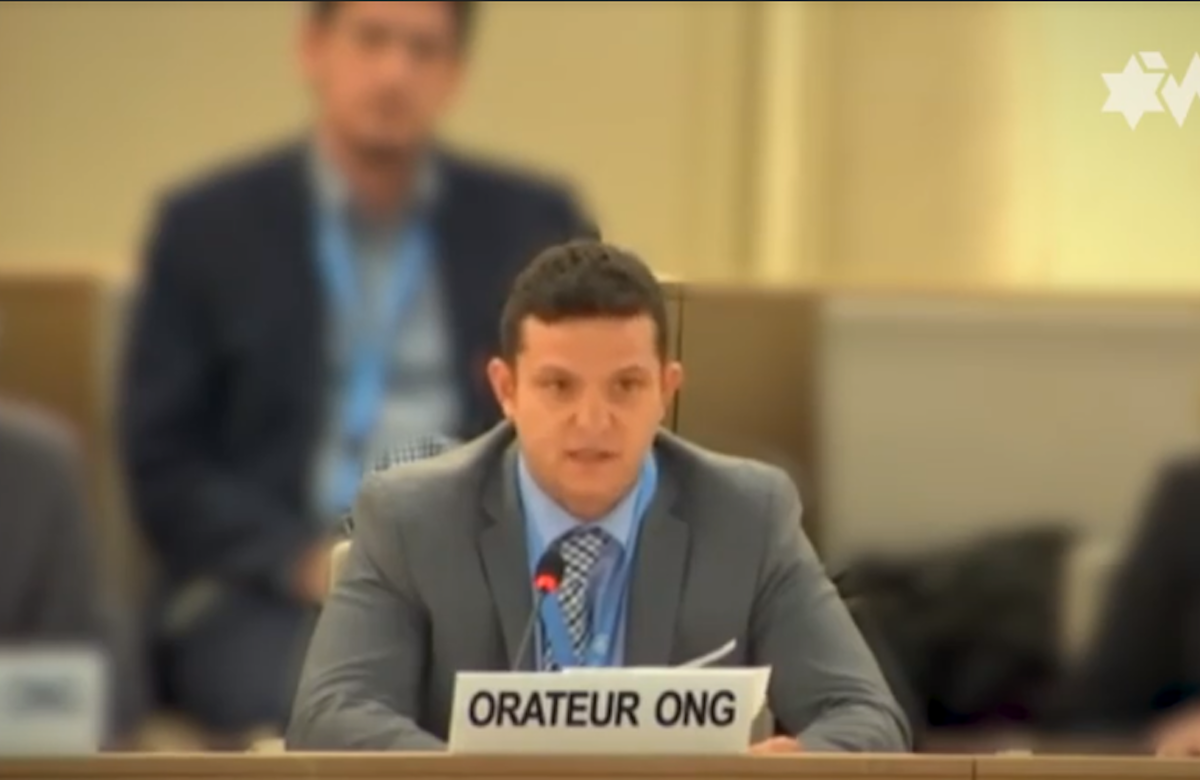 GENEVA - World Jewish Congress Jewish Diplomat Gabriel Buznick (Argentina) delivered a statement on the United Nations Human Rights Council floor on behalf of the WJC, warning the Council of the rise in antisemitism across the globe and urged member states to include the Holocaust in their educational curricula.

“We are witnessing an alarming rise in antisemitism across the globe. We denounce the resurgence of populism and nationalism exploiting and obfuscating Holocaust memory and glorifying Nazis as part of a nationalist agenda. Regrettably, the disagreement with Israeli government policies has morphed into a virulent anti-Zionism that is nothing more than a politically correct disguise of traditional antisemitism to attack the Jewish people wherever they are.

The World Jewish Congress is deeply disturbed by the findings of a European-wide CNN poll which found that this shocking rise in antisemitism has coincided with a marked decline across the continent in the level of public knowledge about the Holocaust. It details that one in 20 Europeans has never even heard of the Holocaust. At the same time, neo-Nazi marches occur in different cities in Europe. Shouldn’t we ask ourselves, how is it possible that the biggest tragedy that ever happened in Europe, is in our days either celebrated or forgotten?

As a way to fight the ignorance that feeds antisemitism, the World Jewish Congress recently launched together with UNESCO a website entitled aboutholocaust.org which aims to educate those unaware about the horrors of the Holocaust and the danger of what can happen when such atrocities are ignored, forgotten, or distorted.

In this session commemorating the International Day for the Elimination of Racial Discrimination, we urge member states to review their educational curricula and include the Holocaust. Education is a crucial tool to avoid the dangerous advance of nationalism and racism that can lead Europe and the entire world back to its darkest days.”