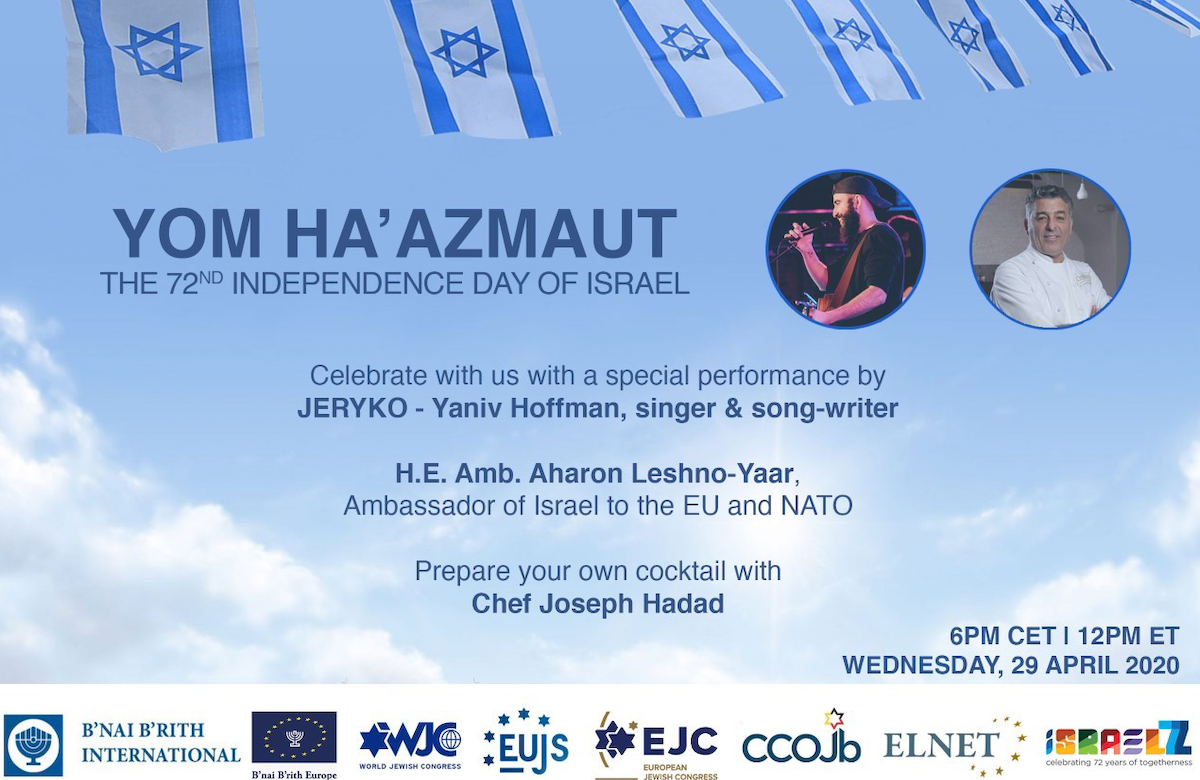 The World Jewish Congress has partnered with a number of leading Jewish organizations in Brussels for a virtual celebration in honor of Israel’s independence day, held online due to the spread of the coronavirus.

The program will also feature remarks from Ambassador of Israel to the European Union and NATO Aharon Leshno-Yaar, as well as a “make your own cocktail at home" event led by Israeli Chef Joseph Hadad, and a virtual concert led by Yaniv Hoffman (Jeryko), who will perform a mix of his own songs and well-known songs from Israeli artists.