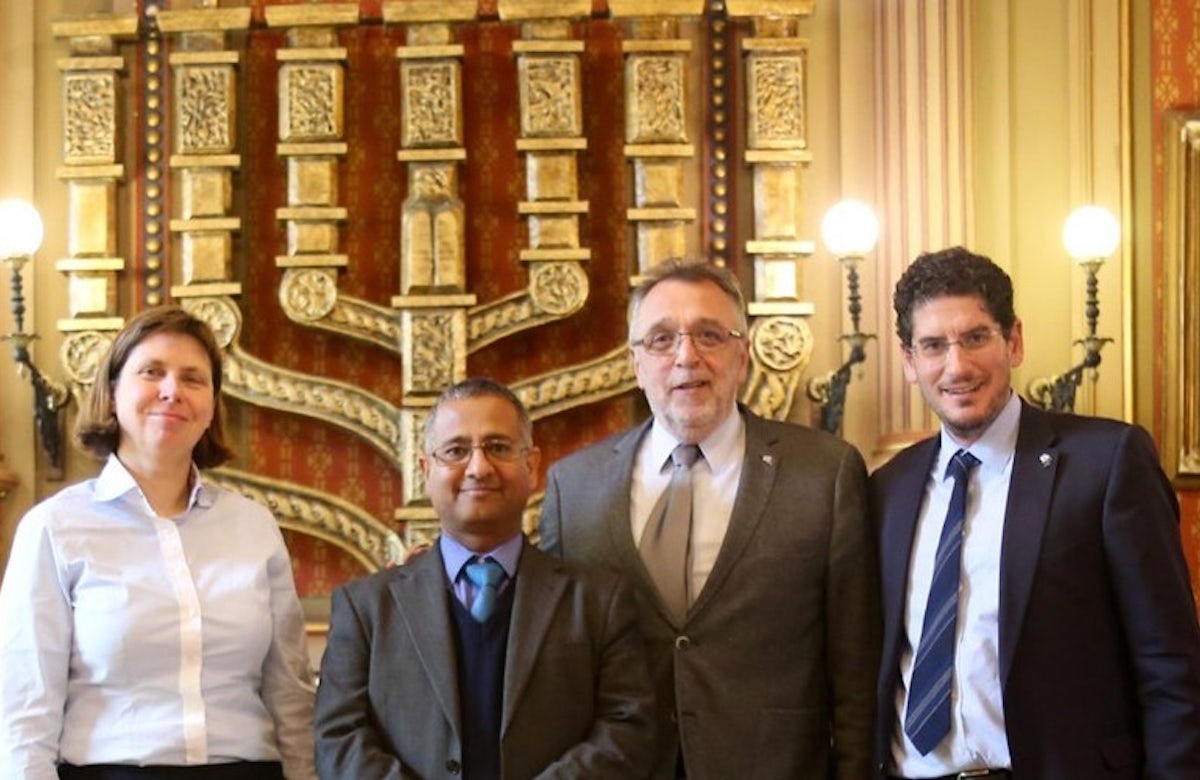 BUDAPEST – The World Jewish Congress teamed up with its affiliated communities from Hungary and Poland, as well as with the United Nations special rapporteur on religious freedom, on Thursday to convene a high-level consultation in Budapest on antisemitism and its impacts on the right to freedom of religion or belief.

The roundtable gathering, hosted by the Federation of Jewish Communities in Hungary (MAZSIHISZ), asked participants to deliberate on key issues set to be included in the first-ever report of its kind currently being prepared on antisemitism by UN Special Rapporteur on Freedom of Religion or Belief Dr. Ahmed Shaheed.

The report aims to identify existing and emerging obstacles in the fight for religious freedom, to be presented with recommendations to the 74th UN General Assembly in October 2019.

The deliberations focused on laws, policies, and practices affecting this right, particularly for Jews; identifying antisemitic incidents, trends, and other experiences of intolerance or discrimination; state responses to antisemitism; and best practices to tackling antisemitism from non-state actors.

The sessions were moderated by Leon Saltiel, WJC Representative in Geneva and Project Manager on Countering Antisemitism; Andras Heisler, President of MAZSIHISZ; and Monika Krawczyk, President of the Union of Jewish Communities in Poland.

WJC President Ronald S. Lauder praised the event as a “tremendous opportunity to effect serious change in the public’s approach to the proliferation of antisemitic sentiments and incidents plaguing Europe today.”

“Round-table discussions such as these, which bring together local communities and representatives of international organizations, are integral to our efforts to make this world a safer place for Jews and other minorities. We thank the UN special rapporteur for taking the time to engage with Jewish leaders to hear from the horse’s mouth our concerns and recommendations for best practices,” Lauder said.

Following the consultations, UN Special Rapporteur Shaheed described the dialogue as “extremely useful in mapping the different ways in which antisemitism manifests itself in the present world, and of the urgency to address it in the global level.”

The World Jewish Congress' Governing Board adopted at its annual meeting in Ottawa on May 15 a resolution urging international organizations to prioritize within the highest levels the fight against antisemitism and to strengthen their endeavors in that fight, and welcomed Shaheed's efforts to prepare the report.