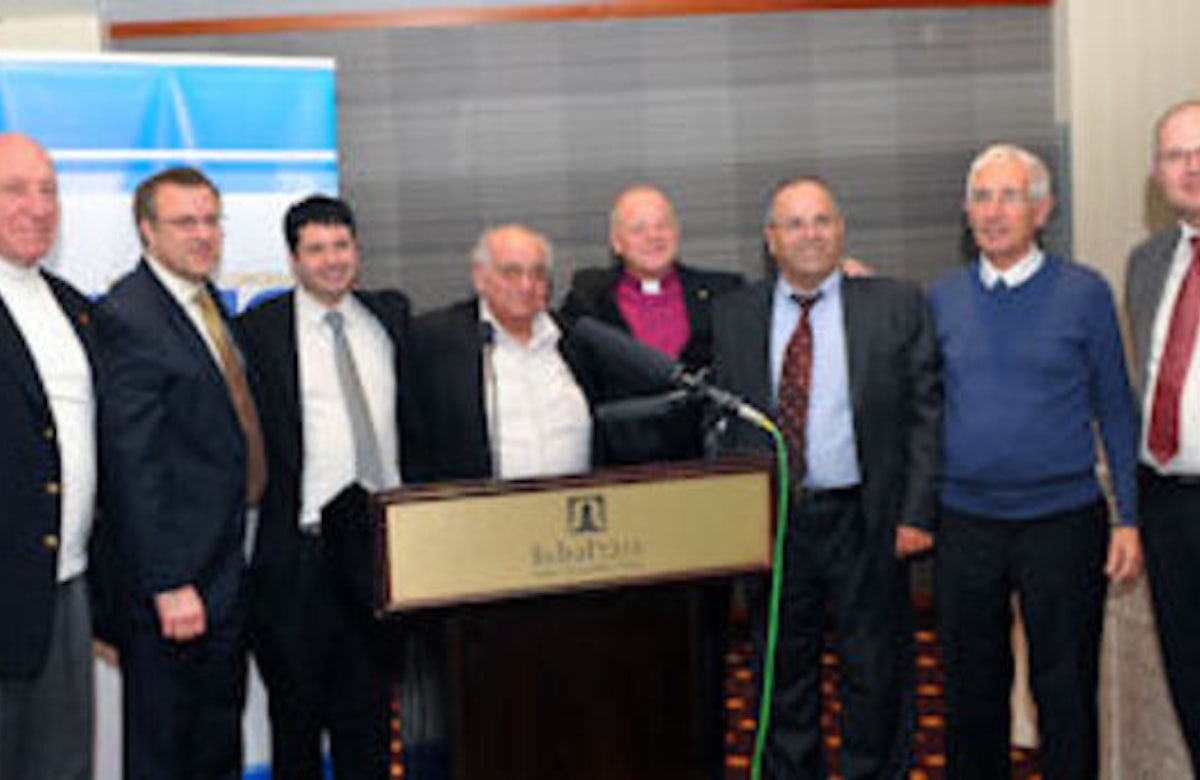 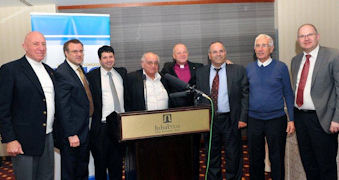 In Jerusalem, the Knesset Christian Allies Caucus (KCAC) and the World Jewish Congress (WJC) held the sixth edition of the annual ‘Night to Honor Our Christian Allies’. Knesset members from across the political spectrum and government leaders joined Jews and Christians at the Inbal Hotel to honor Christian leaders who have been steadfast in their commitment to Israel. This year, organizers chose to award Bishop Daniel Williams, founding bishop-primate of the Christian Communion International and former chairman of Teen Mania, in recognition of his activities on behalf of Israel. The caucus, together with the Ministry for Tourism, also honored German national Jürgen Bühler, executive director of the International Christian Embassy Jerusalem (ICEJ), for his contribution to Israeli tourism.

Speakers at the event included KCAC Chair MK David Rotem, the chairman of the World Jewish Congress Israel, MK Shai Hermesh, Israeli Deputy Minister Ayoob Kara, WJC Secretary-General Dan Diker, KCAC director Josh Reinstein, Bridges for Peace President Rebecca Brimmer and Naim Khoury, pastor of First Baptist Bethlehem. Bishop Williams (pictured below) has been given a diplomatic role as delegate to Jerusalem by the Christian Communion International, which he presided over until October. He also founded Go To Nations, which spreads the Christian faith and provides for humanitarian needs in in 86 countries but does not do missionary work in Israel. Go To Nations has started more than 1,000 churches in the former Soviet Union since the Iron Curtain fell and was also involved in saving Soviet Jews. 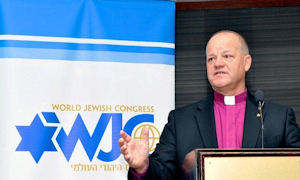 “I am not so sure I am worthy of being honored in Jerusalem,” he said. “I am proud that I helped the caucus advance legislation in parliaments around the world getting Jerusalem recognized as the eternal capital of Israel.” He underlined the centrality of Jerusalem to the Christian faith and expressed hope that more Christians around the world would support Israel yet. “We see this happening not only among evangelicals but also in pockets where we didn’t see it ten years ago,” he said. Caucus director Josh Reinstein called Williams’s commitment to Israel and the well-being of its people “a shining example to Christian leaders around the world.” 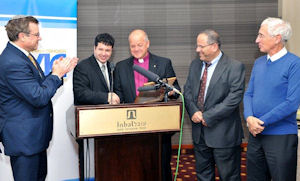 In his acceptance speech, Jürgen Bühler highlighted the exponential increase in interfaith cooperation between the State of Israel and the Christian community over the past 20 years. According to its mission statement, the ICEJ stands at the forefront of a growing mainstream movement of Christians worldwide who share a love and concern for Israel and an understanding of the biblical significance of the modern ingathering of the Jews to the land of their forefathers.

The KCAC is a multi-partisan caucus comprised of seventeen Knesset members. It was founded in 2004 and aims to forge direct lines of communication between Knesset members and Christian leaders, organizations and political representatives in Israel and throughout the world.