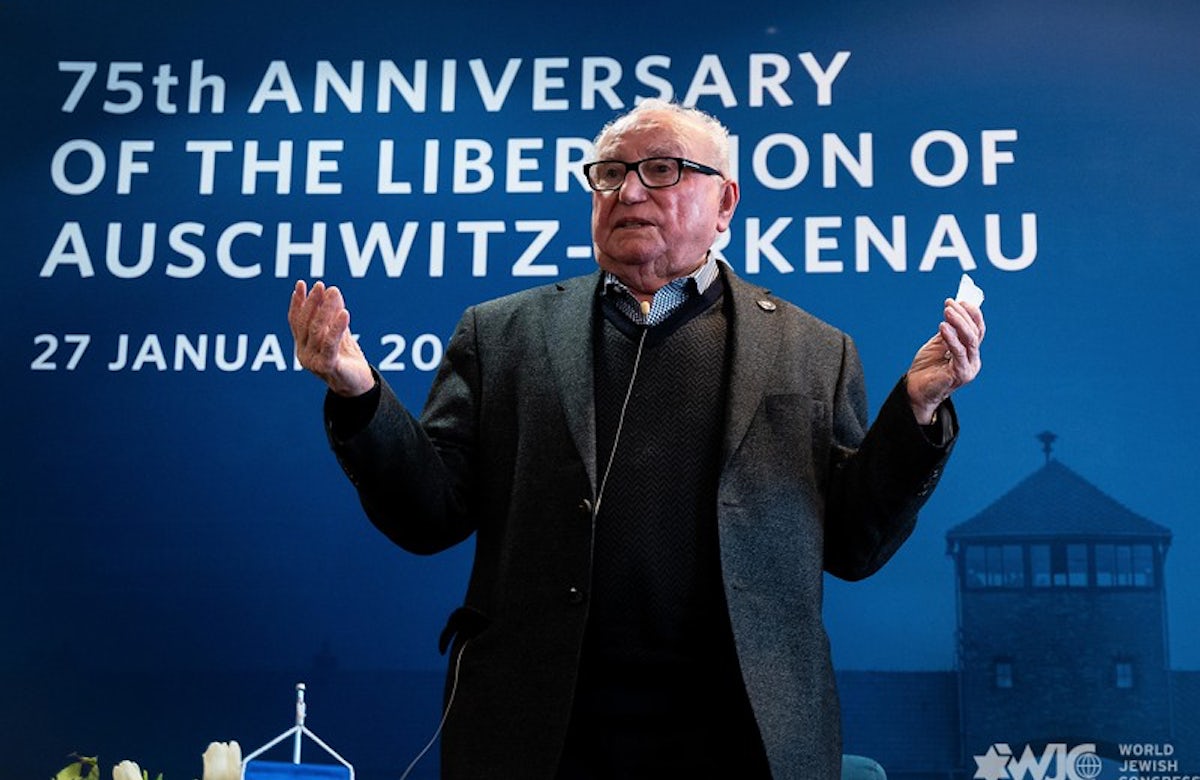 This past January, a delegation of the World Jewish Congress, headed by WJC President Ronald S. Lauder, participated in the commemorative events marking the 75th anniversary of the liberation of Auschwitz-Birkenau, together with survivors of the Nazi death camp brought by the Auschwitz-Birkenau Memorial Foundation.

On Sunday afternoon, January 26, 2020, in Krakow, Poland, Rachmil (Ralph) Hakman addressed the WJC delegation, describing in detail his experiences at Birkenau where he spent three brutal years. For much of his time there – the number tattooed on his arm was 37495 – he worked in the so-called “Central Sauna” where the prisoners’ clothing was disinfected, and their heads shaved.

Rachmil, who was born in Radom, Poland, on March 11, 1925, returned to Auschwitz-Birkenau from Los Angeles, where he had settled in 1960, with his wife, Barbara Zerulik, his daughter Barbara, and his son Gary. This was the fourth time Rachmil returned to Auschwitz, and he was planning a fifth trip for later this year. Rachmil’s eloquent and deeply moving testimony on January 26 proved to be the last time he shared his memories. Rachmil Hakman passed away on Sunday, March 22, 2020.

He was a wonderful man with a defiant yet upbeat spirit who dedicated himself to the cause of remembrance. The World Jewish Congress is grateful that he honored us with his presence, and extend to his family our deepest and heartfelt condolences.