Vienna Philharmonic publishes report about its Nazi past 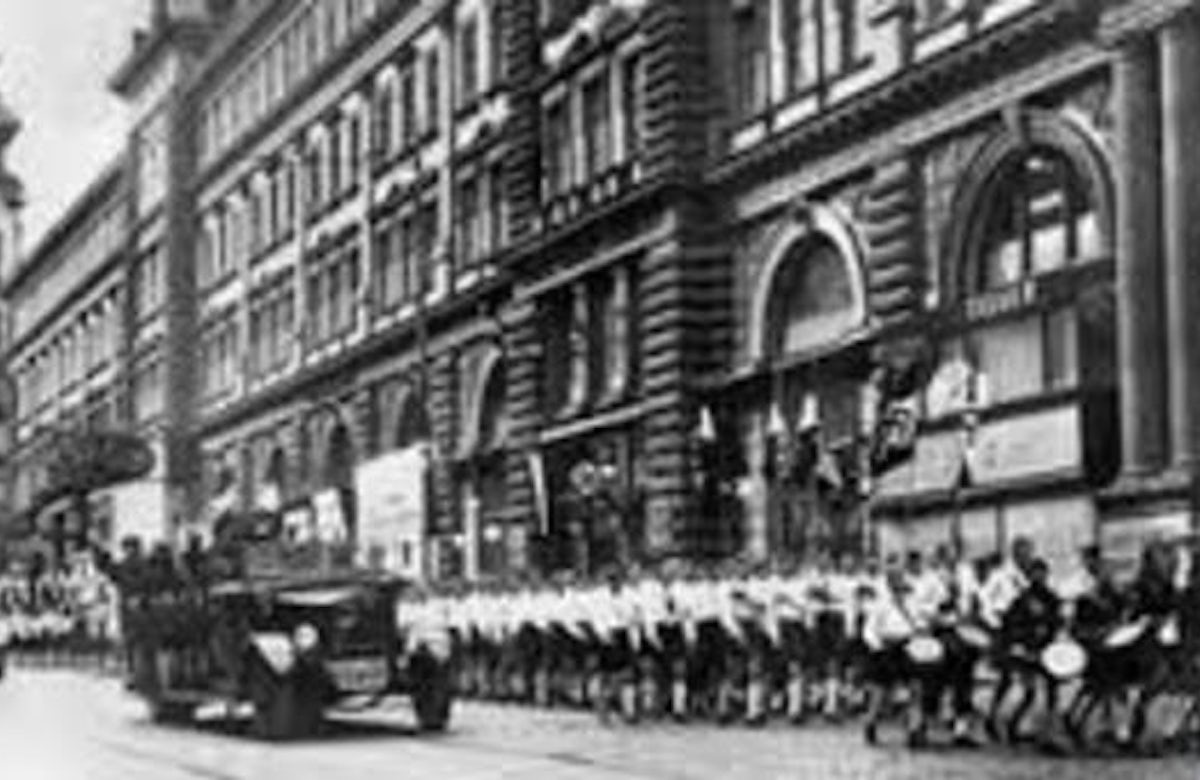 The Vienna Philharmonic has revealed that almost half of its musicians were Nazis in World War II after it fired Jewish members. The orchestra published research uncovered by a panel of historians who mined its archives. A total of 60 out of 123 orchestra members were members of the Nazi party in 1942, according to the report, released as Austria marks the 75th anniversary of the “Anschluss,” the country’s annexation by Adolf Hitler’s Germany. Only ten Vienna Philharmonic players had to leave as a result of their Nazi affiliations after 1945. Two returned.

The orchestra has kept silent about its past for decades. Its chairman, Clemens Hellsberg, wrote a 1992 history titled “Democracy of Kings” which was later criticized for not chronicling many misdeeds. The report published yesterday, supported by the orchestra, was the work of a panel led by Oliver Rathkolb, a history professor at the University of Vienna. All the orchestra’s Jewish musicians were dismissed in 1938. Five died in concentration camps; one died after being thrown out of his apartment, and another before being deported. Some Jewish orchestra members managed to escape.

The panel’s research also revealed that Wilhelm Jerger, a member of the Nazi party and the SS and the executive director of the orchestra, rescued the Jewish first violinist Josef Geringer from Dachau concentration camp. Jerger failed to protect five more orchestra members from deportation.

Another case analyzed by the historians is the one of trumpet player Helmut Wobisch, who joined the Nazi party in 1933 and the SS in 1934. During World War II, he produced reports on people in the music scene for the Nazi intelligence service. He was fired in 1945, only to return two years later as first trumpeter, becoming director of the orchestra in 1953.

Wobisch successfully hid his Nazi past during the process of denazification, “even making use of Jewish musicians such as the well-known conductor Leonard Bernstein,” the report says. Eyewitnesses reported the conductor once calling Wobusch “my dearest Nazi.” It was also Wobisch who gave the philharmonic’s ring of honor to Baldur von Schirach, an indicted war criminal, as recently as 1966 or 1967, Rathkolb found. The orchestra had awarded the ring to Von Schirach, who was responsible for deporting Vienna’s Jews, in 1942. It was allegedly taken by a US soldier three years later.

Sortly after his release from prison on war crime charges, for which he was sentenced during the Nuremberg Trials, Von Schirach was given a replacement. The identity of the donor was previously unknown and revealed by a witness named Wilhelm Bettelheim, who wrote a letter to Rathkolb in January and is interviewed in a movie about the historian’s work being aired today by Austrian television channel ORF.

Vienna Philharmonic Director Hellsberg was recently criticized by Harald Walser, a member of the Austrian Green Party, for suppressing this part of the orchestra’s history. Dominique Meyer, the director of Vienna’s State Opera, defended Hellsberg at the presentation of the findings. "He was the first to write about the Nazi past in 1988 and in his book in 1992. Of course there were unsettling things that surfaced after that and there probably will be more,” he said.

The orchestra also allowed itself to be used for propaganda purposes, according to archive material. Pictures show the Vienna Philharmonic, under Wilhelm Furtwaengler, playing in a Berlin armaments factory. Two swastika banners hang behind. Much of the orchestra’s music has also been used in propaganda films produced in the Nazi era.

Some of the Jewish musicians that were fired in 1938 and were able to emigrate were invited back after the war, according to the film, which was shown to journalists yesterday. None of the musicians returned.

The orchestra has published some of the panel’s findings on its website and said it will add more during the week.