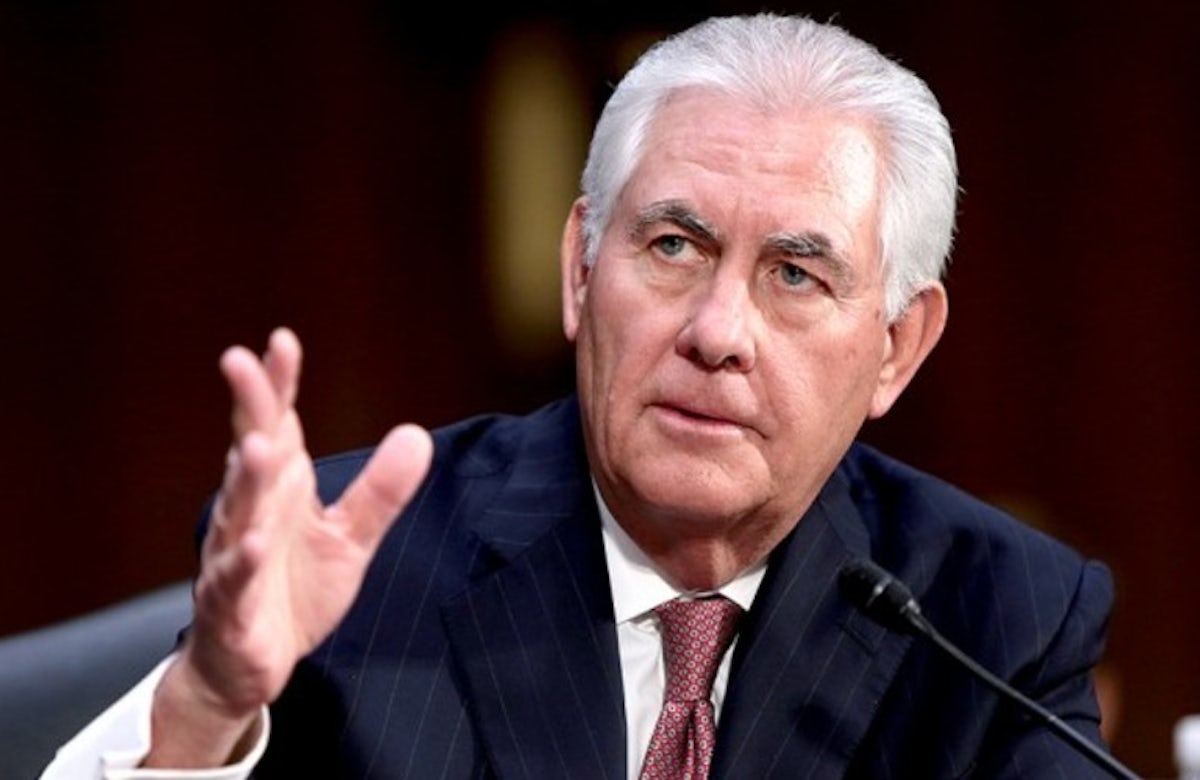 The US State Department will appoint a new Special Envoy to Monitor and Combat Anti-Semitism despite cutting dozens of other special envoy positions, Secretary of State Rex Tillerson informed lawmakers on Monday.

In a letter to Senate Foreign Relations Committee chairman Bob Corker, Tillerson ended months of uncertainty regarding the position, which was mandated by Congress in 2004, but has remained empty since Ira Forman, who was appointed by President Barack Obama, stepped down earlier this year.

Former envoys, lawmakers and Jewish leaders have called on Tillerson to fill the position, which he intimated may be counterproductive while testifying before Congress this June.

The Office to Monitor and Combat Anti-Semitism, which is currently unstaffed, will be "returned to the Bureau of Democracy, Human Rights, and Labor (DRL) where the Special Envoy can be assisted by the entire team of experts in the bureau,” Tillerson wrote in his letter to Corker.

"This will involve realigning 2 positions and $130,000 in support costs within D&CP from the Office of the Secretary to the Bureau of Democracy, Human Rights, and Labor (DRL).”

Tillerson also indicated that he would retain the positions of Ambassador-at-Large for International Religious Freedom and the Special Envoy for Holocaust Issues, among others.

“On behalf of the World Jewish Congress, I commend the US administration for its encouraging decision to prioritize the appointment of a Special Envoy to Monitor and Combat Anti-Semitism.

“America’s Jewish community is undoubtedly among the safest in the world, but the demonstrations of blatant anti-Semitism, bigotry and racism that we have seen of late make the importance of such an envoy ever clear.

“When Jews are targeted for being Jewish, it is a problem not just for the Jewish community, but for America as a whole. It is imperative that all US citizens work together to fight all forms of hatred when they rear their ugly heads.”

The WJC leadership had been strongly advocating for the appointment of a Special Envoy in meetings with the administration, members of Congress, and elected officials.