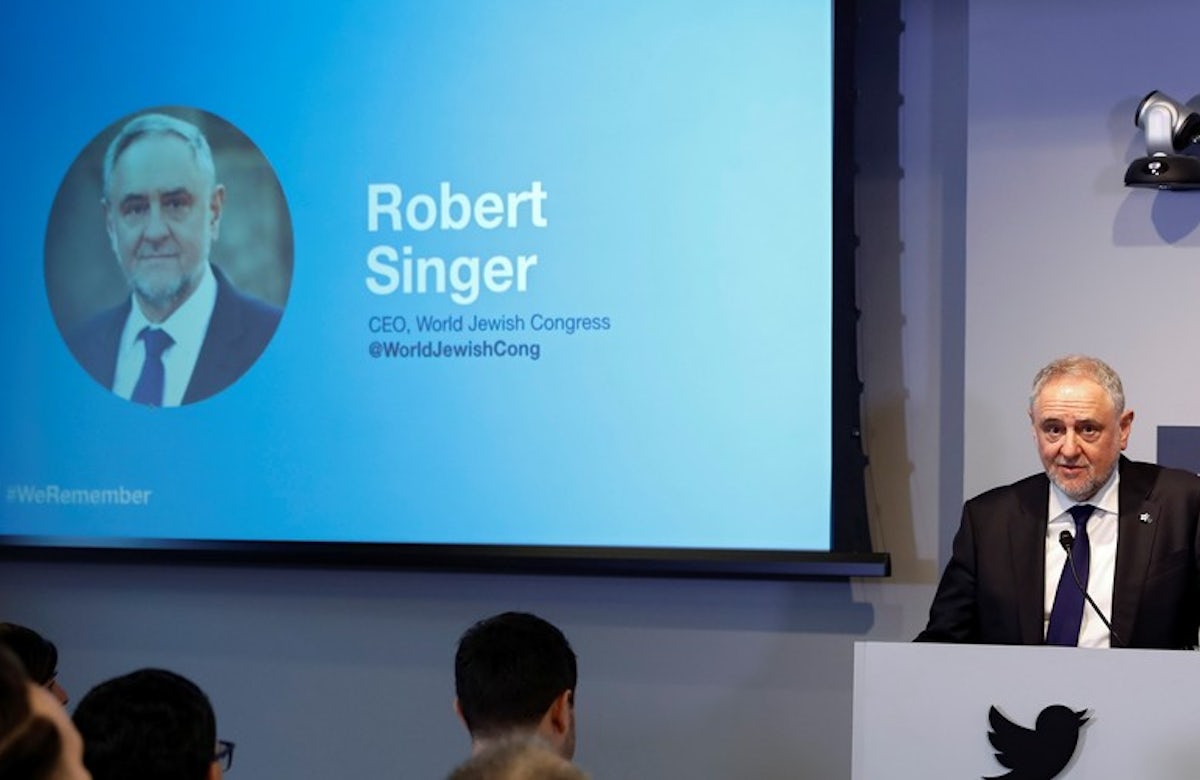 NEW YORK - Twitter is teaming up with the  World Jewish Congress (WJC) to raise awareness about the danger of genocide and all forms of antisemitism, hatred, and xenophobia, by taking a central role in the WJC’s #WeRemember campaign and bringing Holocaust education to a new digital frontier. As part of WJC’s #WeRemember campaign, tens of thousands of participant photos will be live streamed at Auschwitz Birkenau January 23-27.

As part of its partnership in the campaign, Twitter supported the WJC in promoting #WeRemember content to social media users and created a unique “emoji” to accompany the #WeRemember hashtag used by the participants.

Twitter also hosted at its New York office on Thursday a special event for its staff and WJC representatives. Holocaust survivor and educational activist Toby Levy (@TobyLevyShoah) shared her testimony with the group, saying: “In no more than 20 years the last of us survivors will be gone. It is the younger generations’ job to bear witness and educate the deniers. Anti-Semitism is still here – we need to talk about it. We can’t just wait." 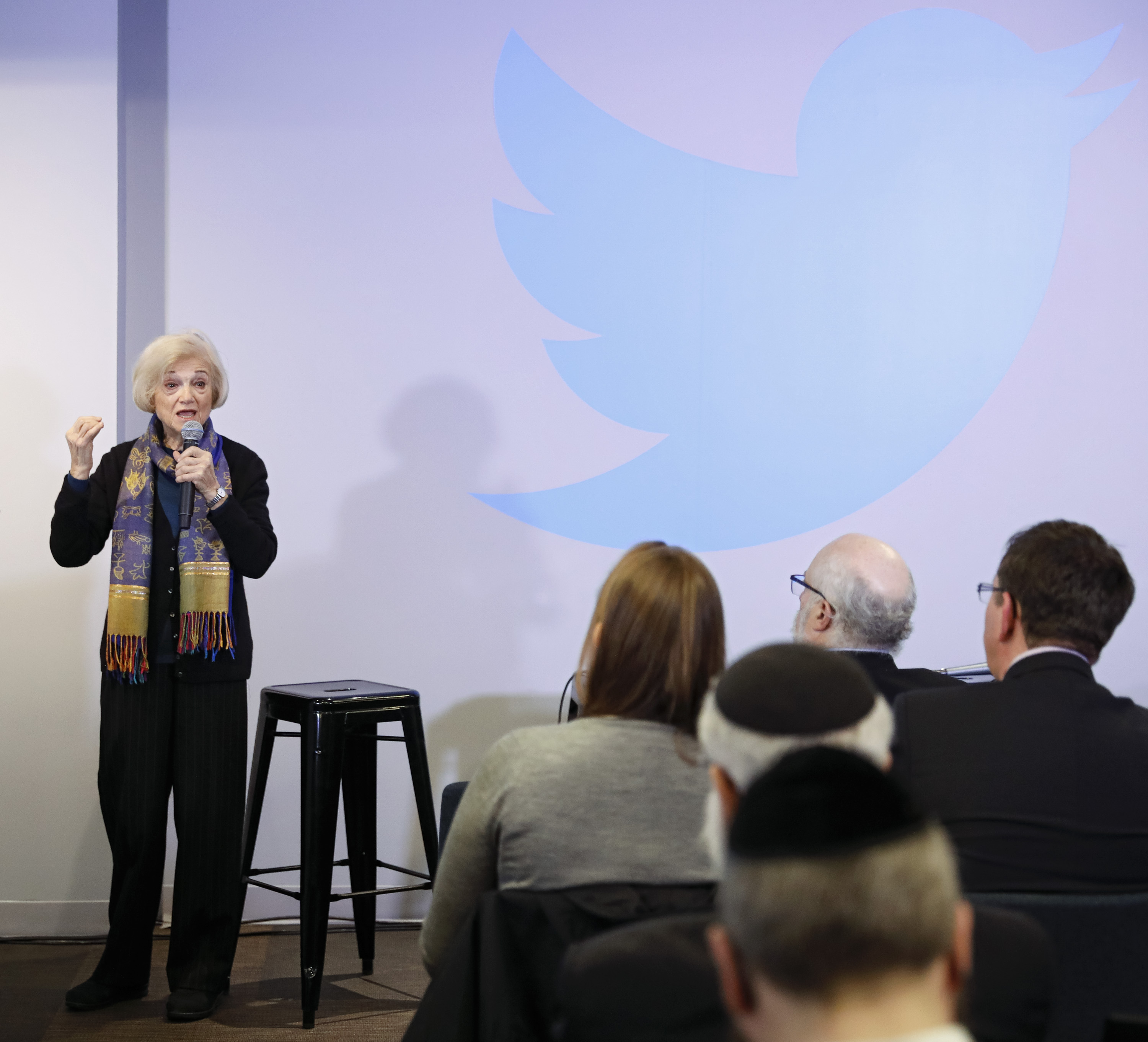 Levy's testimony was followed by a panel discussion on ways to combat hate both online and off. Notable panel participants included former neo-Nazi and public advocate for dismantling white supremacy, Shannon Martinez (@_Shan_Martinez) and Assistant Professor at Law at St. John's University Law School, Kate Klonick (@Klonick), and Kenneth Stern, Director of the Bard Center Study of Hate. Twitter CMO and Head of People Leslie Berland (@leslieberland) and WJC CEO and Executive Vice President Robert Singer also took part in the discussion, which was moderated by Lisa Roman (@lisaroman), a member of the Public Policy team at Twitter. 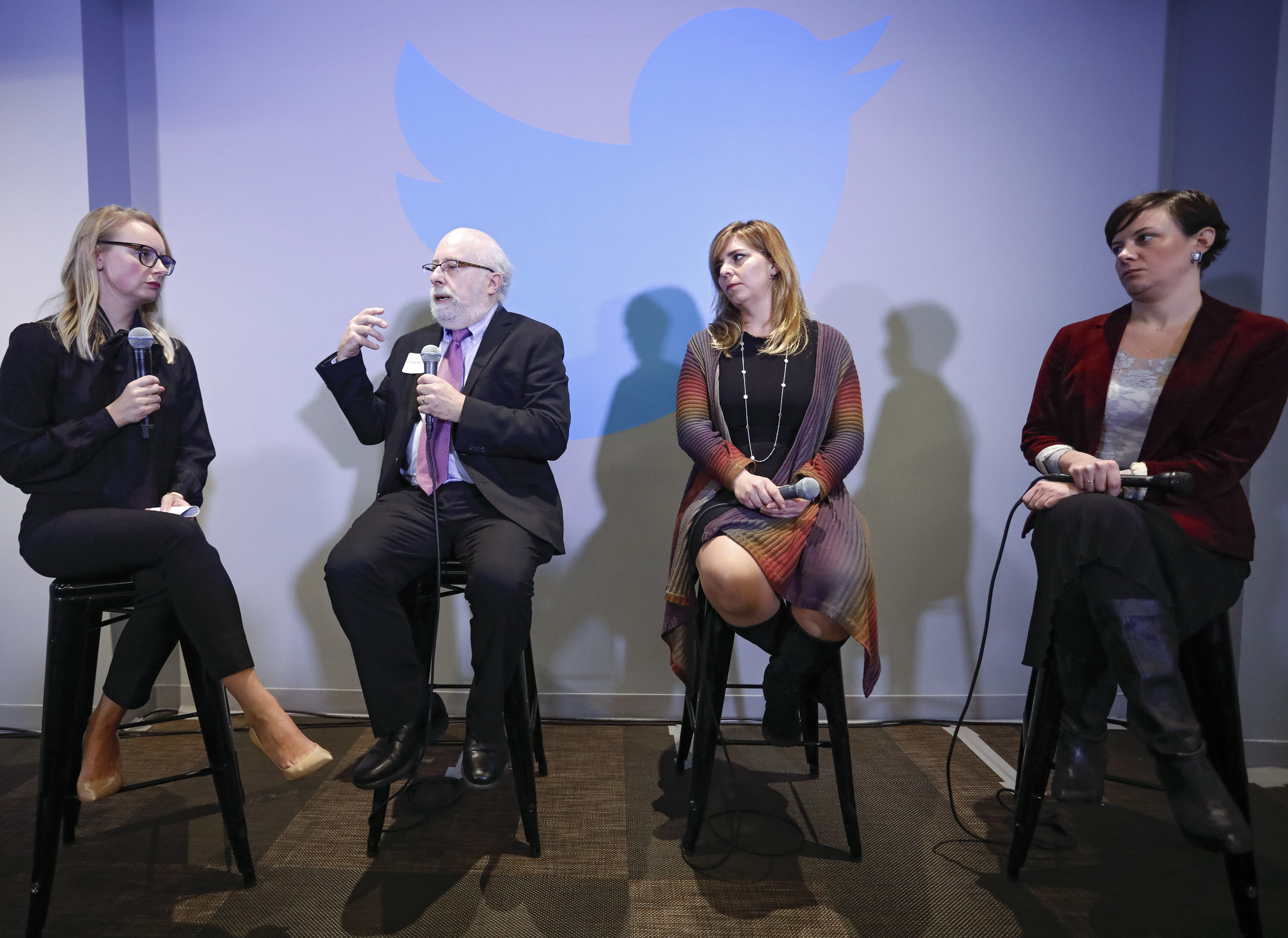 “In the three years that our #WeRemember campaign has been active, we’ve seen the power social media can have for sharing the lessons of the Holocaust, and raising awareness about the need to fight all forms of discrimination,” said WJC CEO Singer. “We thank Twitter for joining us in making this important campaign even bigger than we could have hoped. In today’s digital age, the very same platforms that are often exploited for hate speech are also the perfect forums for positive education.”

Twitter Director of Policy & Philanthropy in the U.S. and Canada Carlos Monje highlighted Twitter’s commitment to commemorating this important partnership, “Partnering with World Jewish Congress on the #WeRemember campaign helps us to underscore the power of Twitter in sharing the lessons of the Holocaust to fight xenophobia, genocide, and all forms of discrimination. We have an important role to amplify counter-narratives to hate.” 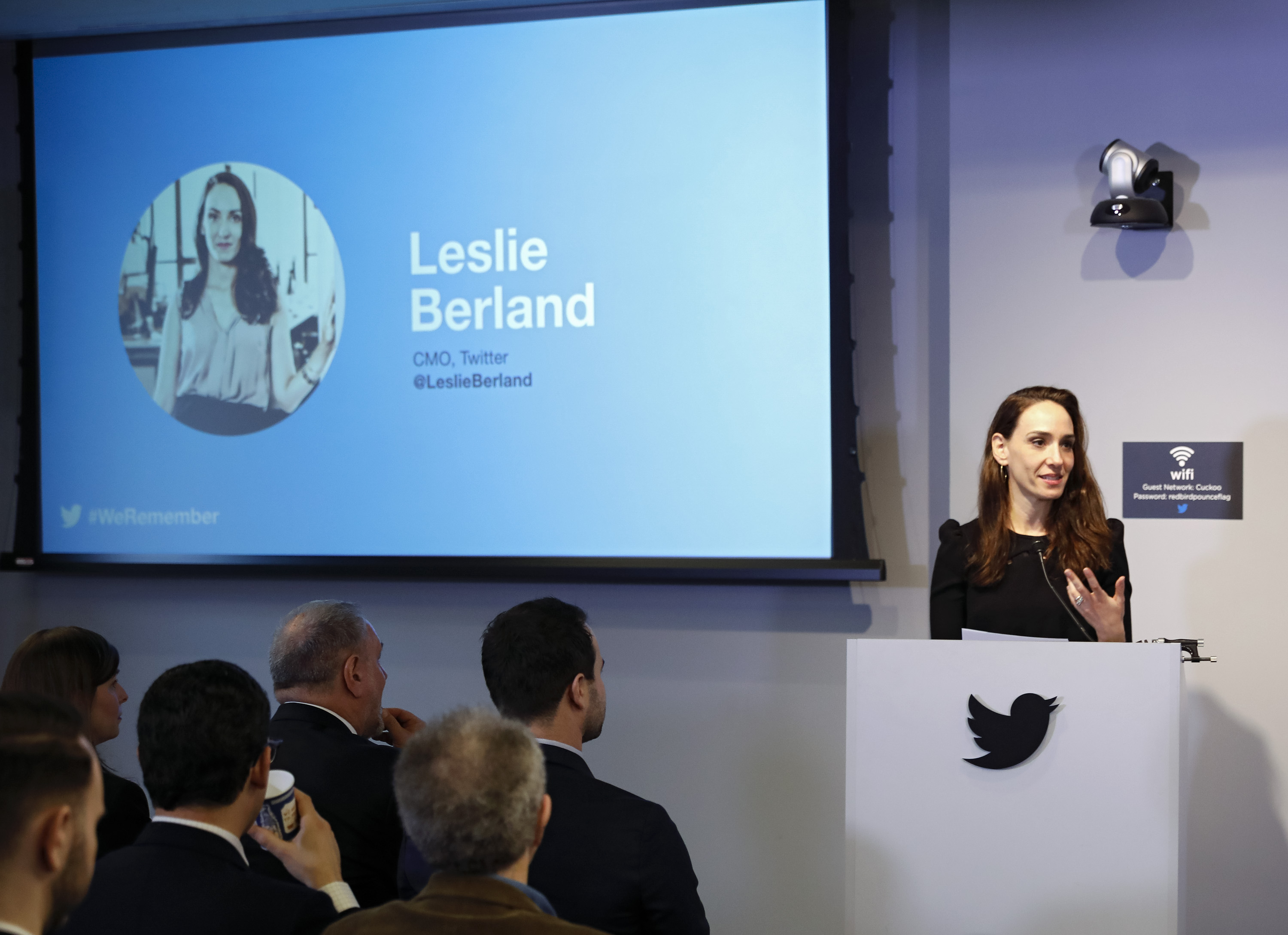 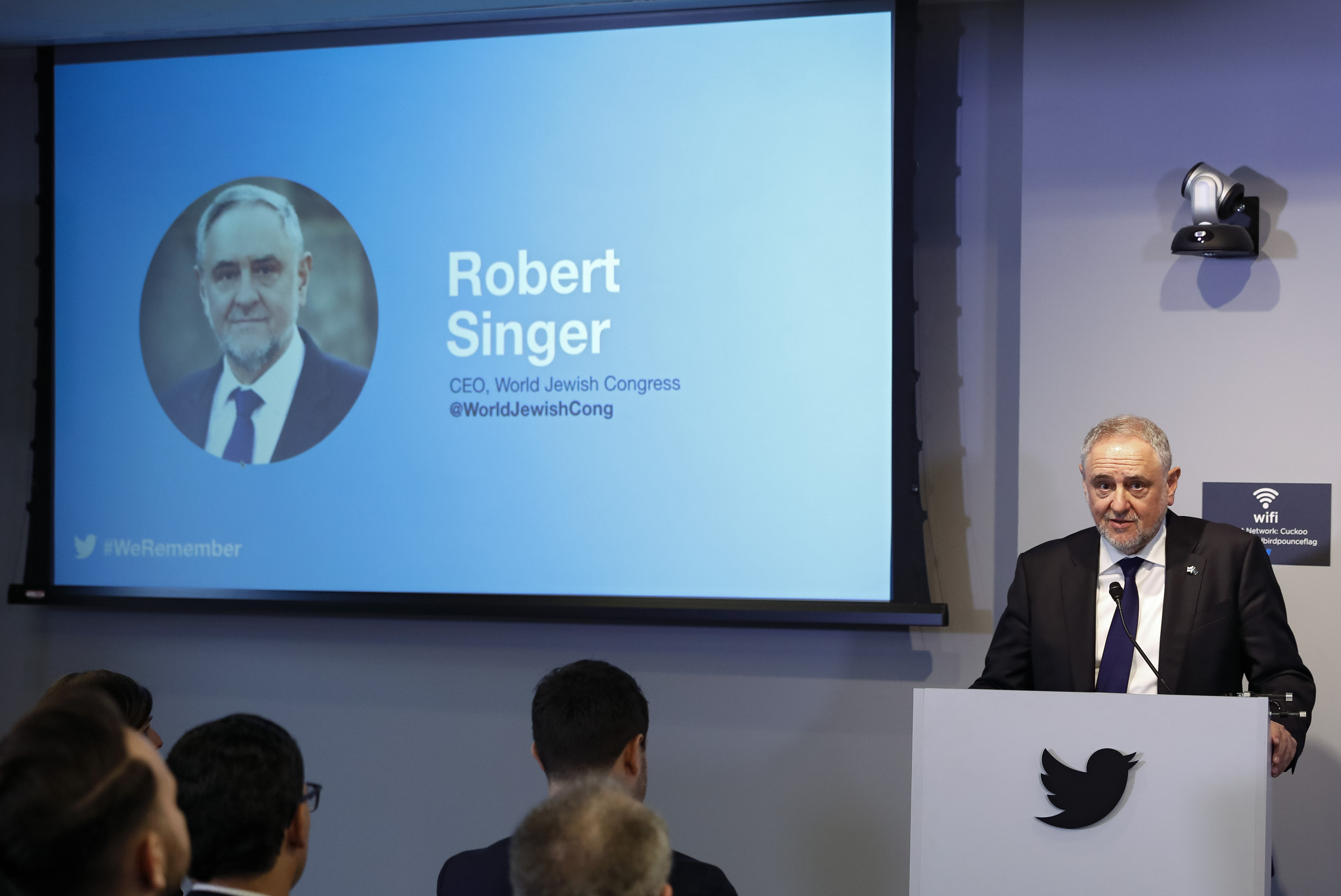