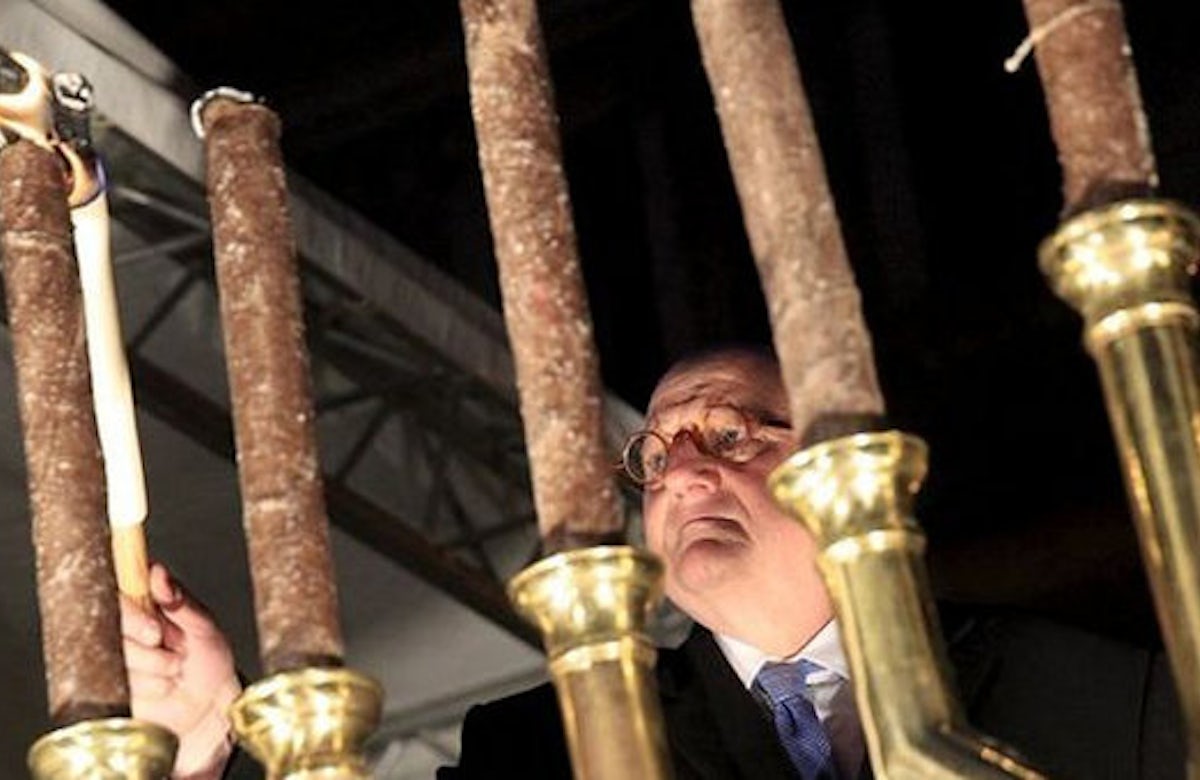 A senior US State Department official on Sunday took part in a protest in Hungary against plans to erect a statue of Bálint Hóman, a World War II-era Hungarian government minister who initiated anti-Jewish laws. 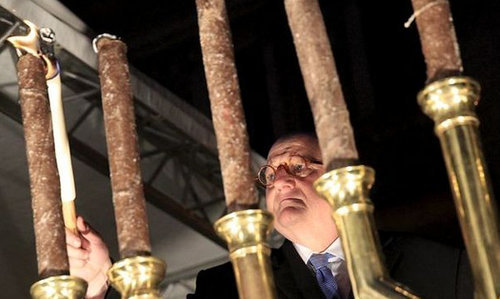 "From the US government perspective we feel very strongly that history and the damage that this man did to Hungarian citizens who happened to be Jewish cannot be ignored, and to put up that statue seems incomprehensible," Ira Forman,the State Department's special envoy against anti-Semitism, told the 'Reuters' news agency.

Hungary's Jewish community has called on the right-wing government of Prime Minister Viktor Orbán to block the statue.

The private Balint Homan Foundation in Szekesfehervar, about 100 kilometers west of Budapest, wants to honor a man who was a historian and minister of religion and education before and during World War II.

Around 300 protesters gathered near the building site of the monument, a life-size bronze statue of Balint Homan, in the city of Szekesfehervar.

Homan was an academic, prominent historian and political leader widely seen as an architect of anti-Jewish laws in the 1930s. He also called for the deportation of Jews from Hungary in 1944, while part of a fascist Hungarian government installed by Nazi Germany. Around 600,000 Hungarian Jews perished in the Holocaust, almost all at the Nazi death camp Auschwitz in 1944.

"An openly anti-Semitic, fascist politician should never get a statue anywhere in this country," András Heisler, president of the Federation of Jewish Hungarian Communities (Mazsihisz), told the crowd at the protest.

Recently, World Jewish Congress President Ronald S. Lauder called it "quite outrageous that the Hungarian taxpayer should fund a monument for a man who was not only an anti-Semite, a key figure in the persecution of Hungarian Jews before and during World War II and a supporter of Nazi Germany and the fascist Arrow Cross regime in 1944, but who also remained unrepentant until his death."

The WJC president called the statue an “affront to the many Hungarian victims of the Holocaust” and urged the Hungarian government to withdraw the funding for the statue. 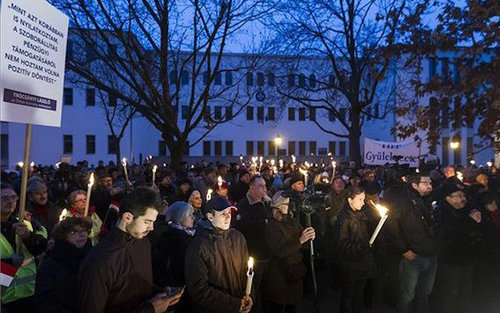 Ira Forman, who had traveled to Hungary to discuss Homan's wartime role at a conference later this week, said: "We think its important to know what this man did to Hungarian citizens in the 1930s and 40s, taking away their citizenship rights and then arguing for them to be deported, which eventually meant going to Auschwitz."

Forman was joined in lighting the eight Hanukkah candles by senior Israeli and Canadian diplomats in Hungary as well as leaders of the Hungarian Jewish community.

Székesfehérvár's Mayor Andras Cser-Palkovics on Friday appeared to retreat from his earlier support for the statue, saying external pressure was so high that the foundation behind the project should "reconsider" its plans. "If the Bálint Hóman Foundation decides to erect the planned statue anyway - which it is entitled to in a democracy - then the City Council of Székesfehérvár asks them to repay funds it has received from the city and the state," he added.

Several government members said they disagreed with the statue and considered it ill-conceived.

Justice Minister László Trócsányi, whose predecessor granted HUF15 million (US$ 52,000) towards the statue, said the ministry faced a "technical necessity" to execute an earlier decision.