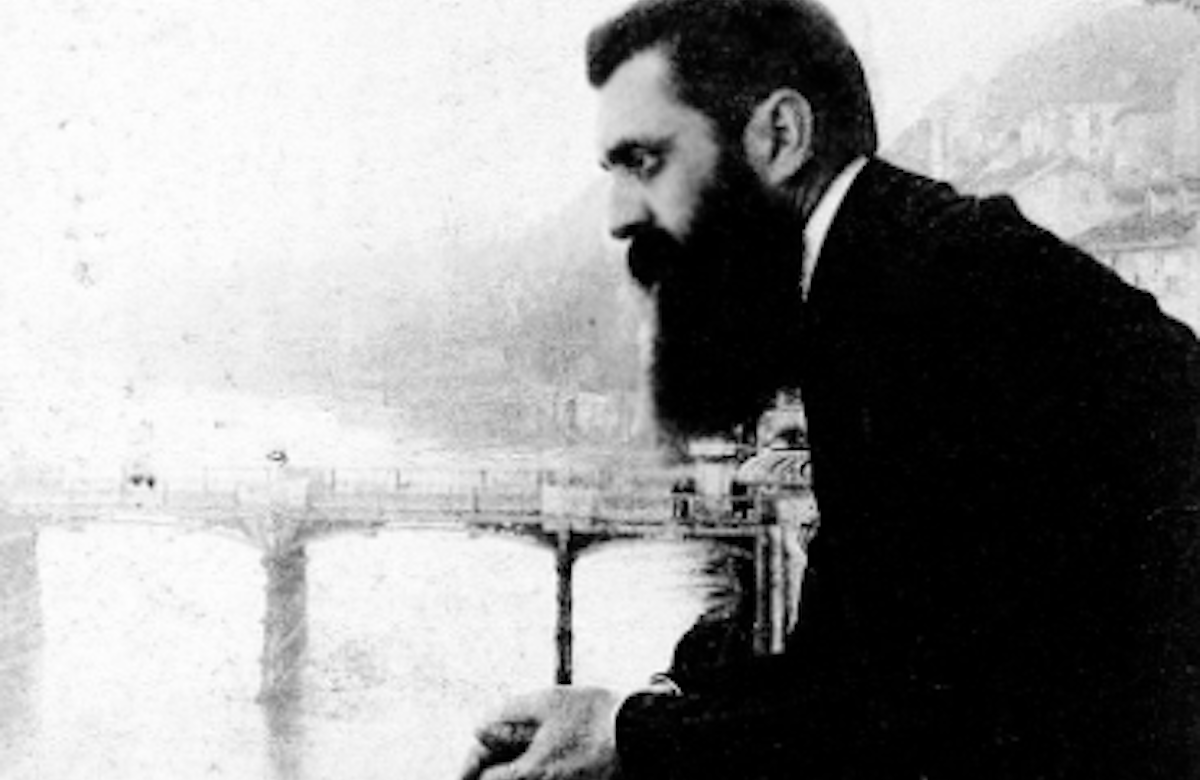 On 14 February 1896, Theodor Herzl published the pamphlet Der Judenstaat (The Jewish State), outlining his vision for the founding of a future independent Jewish state.

The seminal book was published in the context of rising antisemitism in Europe, culminating in the Dreyfus Affair in 1894. Herzl encouraged Jews to purchase land in the historic Land of Israel, then Palestine, and called for the creation of a Jewish state with international acceptance.

He argued that the “Jewish problem”, as such, was not an individual issue, but one of a national importance, and declared that Jews could gain acceptance in the world only if they ceased being a nation without a homeland.

Herzl wrote: “The idea I have developed in this pamphlet is an ancient one: It is the restoration of the Jewish State.... The decisive factor is our propelling force. And what is that force? The plight of the Jews.... I am profoundly convinced that I am right, though I doubt whether I shall live to see myself proved so. Those who today inaugurate this movement are unlikely to live to see its glorious culmination. But the very inauguration is enough to inspire in them a high pride and the joy of an inner liberation of their existence...”

While many Jews embraced the idea of a Jewish state, others rejected the idea as nonsensical, messianic fantasies and were concerned that Zionism would fuel claims of dual loyalties.

Despite the divide, Herzl’s writing galvanized the Zionist movement, leading to the First Zionist Congress, held in Basel, Switzerland the following year. At this Congress, around 200 delegates from across the political and religious spectrum adopted the Basel Program describing Zionism’s aspiration as seeking “to secure for the Jewish people a publicly recognized, legally assured homeland in Palestine.”

Following the First Zionist Congress, Herzl wrote in his diary: “If I had to sum up the Basel Congress in one word—which I shall not do openly—it would be this: At Basel I founded the Jewish State. If I were to say this today, I would be greeted by universal laughter. In five years, perhaps, and certainly in 50, everyone will see it.”

Almost fifty years to the day, the United Nations General Assembly adopted the Partition Plan, thereby recognizing “the Jewish State” that Herzl had foreseen so many years earlier.