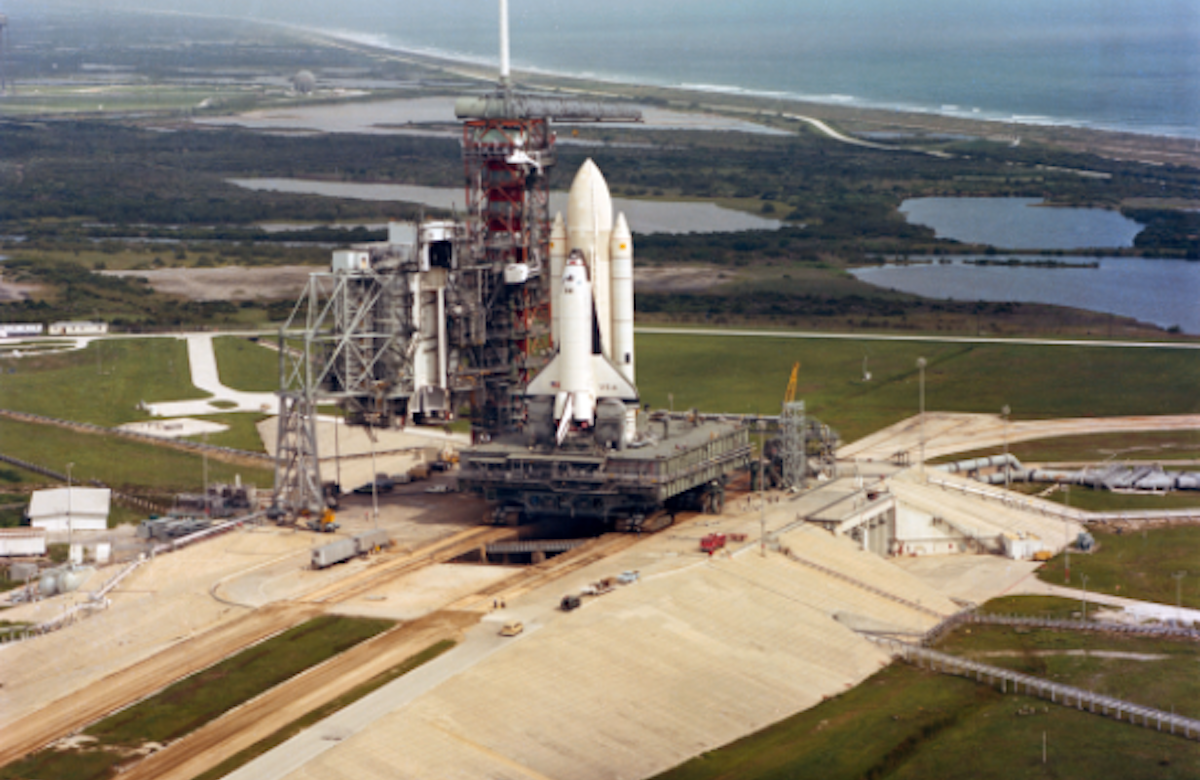 On 1 February 2003, the Columbia space shuttle exploded as it returned to Earth, killing all seven astronauts on board, including Israeli Colonel Ilan Ramon.

Prior to the expedition, Ramon, a retired Israeli Air Force combat pilot and the first Israeli astronaut to participate in a space mission, expressed his immense pride –in the endeavor: “I feel I am representing all Jews and all Israelis,” he said, “I'm the son of a Holocaust survivor -- I carry on the suffering of the Holocaust generation, and I'm kind of proof that despite all the horror they went through, we're going forward,” Ramon said, in recounting how both his mother and grandmother had survived Auschwitz,  Further honoring victims of the Holocaust, Ramon brought to the mission a pencil sketch titled, “Moon Landscape” by a 16-year-old who had died in Auschwitz, as well as a microfiche copy of the Torah.

While Ramon considered himself a secular Jew, special kosher meals were made for the 16-day journey. Prior to the mission, Ramon consulted with Chabad rabbi Zvi Konikov on how to observe Shabbat in space and joked, “Jerusalem, we have a problem!”

During a memorial for the crew of Columbia, Rabbi Konikov discussed Ilan’s legacy saying “Ilan taught us a powerful message: No matter how fast we're going, no matter how important our work, we need to pause and think about why we're here on Earth.”

Despite NASA’s efforts, only 40 percent of Space Shuttle Columbia and its contents were recovered. Two months after the crash, Ramon’s diary was discovered in a field in Texas. The diary was returned to Ramon’s wife who asked Israeli experts to restore the diary. Using image enhancement technology, scientists recovered several pages which contained the kiddush prayer, six pages of technical notes and four pages of personal notes.

Ramon’s widow agreed to display the diary in the Israel Museum in Jerusalem saying, “this is a small miracle that needs to be shared.”

On 3 February 2004, the crew of Columbia was posthumously honored with the U.S. Congressional Space Medal of Honor by President George W. Bush. Ramon remains the only non-American to be awarded the prestigious honor.