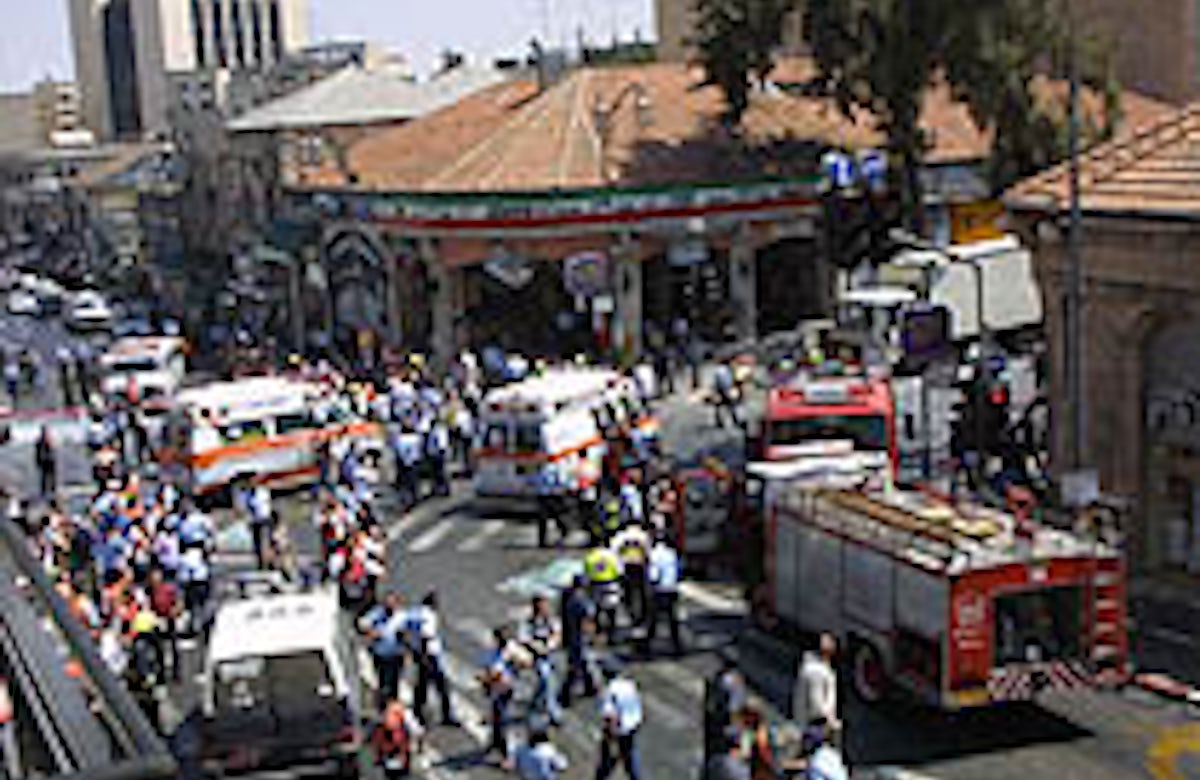 On 9 August 2001, fifteen people were killed (including seven children) along with 130 wounded in a suicide bombing at the Sbarro pizzeria in Jerusalem. Seven Palestinian terrorists were involved in the attack, including Izz Al-Din Shuheil al-Masri who carried out the bombing, and Ahlam Tamimi, who scouted out the target. Masri walked into the restaurant shortly before 2 PM, concealing the explosives in a guitar case.

Both Hamas and the Islamic Jihad claimed responsibility for the attack. The death toll would likely have been significantly higher if it had not been for the Sbarro owner's decision to install extra pillars, despite the building already meeting all construction requirements.

Chaviv Avrahami, who survived the attack recounted: "I heard a tremendous explosion, and I was thrown up a meter into the air. I knew immediately that it was a bomb attack, and a catastrophic one. There were people - babies - thrown through the window and covered with blood. The whole street was covered with blood and bodies: the dead and the dying."

The attack was condemned by leaders across the world, including President George W. Bush, who said, "I deplore and strongly condemn the terrorist bombing in downtown Jerusalem today. My heartfelt sympathies and those of the American people are with the victims of this terrible tragedy and their families."

In July 2020, the World Jewish Congress and seventeen other Jewish organizations called on the United States to exert pressure on King Abdullah to extradite Ahlam Tamimi. In a statement, the organizations pledged, “to join forces with the families of the victims until their demand to see justice meted-out to the murderer of American citizens is realized” and called on the US government “to hold the Kingdom of Jordan accountable to its commitments under its extradition treaty with the United States and bring all pressure to bear, including, but not limited to, recent government legislation significantly impacting US financial aid to Jordan.”

The letter was praised by Arnold and Frimet Roth, whose daughter Malki was among those killed in the attack. They described the letter as, “a breakthrough in our efforts to see the mastermind of the August 9, 2001 Sbarro pizzeria massacre, the savage killer of our beloved daughter Malki, brought to justice.”