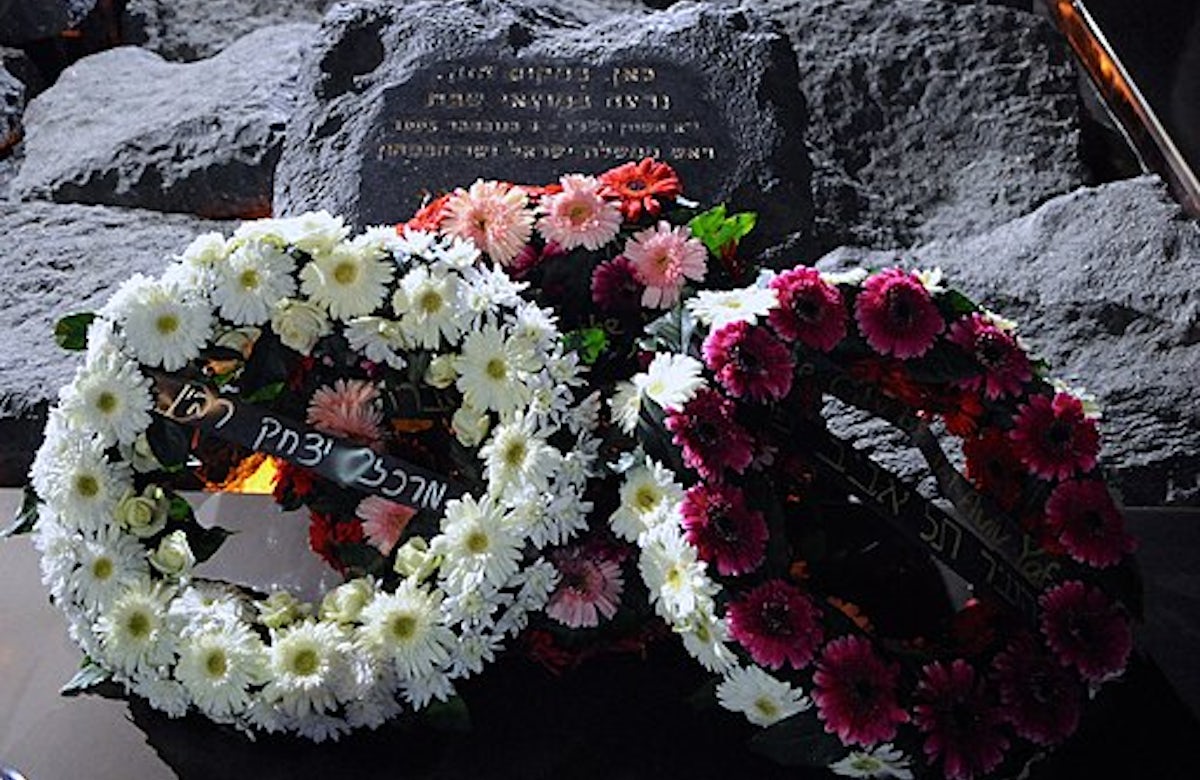 On 4 November 1995, Israeli Prime Minister Yitzhak Rabin was assassinated by right-wing extremist Yigal Amir as he exited a peace rally in support of the Oslo Accords in Tel Aviv.

In the months preceding the assassination, banners were waved at anti-Oslo protests depicting Rabin, a once hawkish general, wearing an SS uniform and keffiyeh. Some ultra-nationalist rabbis argued that Rabin’s willingness to cede land to the Palestinians made him a rodef [pursuer], meaning that according to Jewish law he could ostensibly be killed in self-defense.

During the rally, several politicians, including Rabin, spoke about the need for peace and the two-state solution. In his remarks, delivered only moments before he was shot, Rabin declared, "Peace is not just a prayer. It is at first a prayer, but it is also the realistic aspiration of the Jewish people. But peace has its enemies, who are trying to harm us, to torpedo the peace.”

The rally concluded with Rabin joining popular Israeli pop star Miri Aloni in singing Shir LaShalom (A Song for Peace). Rabin then proceeded to walk to his car, whereupon Amir shot him from behind.

Rabin was rushed to the nearby Ichilov Hospital and was pronounced dead a short time after he arrived. The Israeli leader was 73 years old.

Amir was swiftly apprehended by police and would later confess to the assassination, justifying his actions by saying that Rabin wanted “to give our country to the Arabs.” Amir was convicted and sentenced to life in prison.

On 28 March 1996, the Shamgar Commission issued its final report on the assassination. The report was critical of the Shin Bet for ignoring the threat of Jewish extremists and for allowing the prime minister to be in a situation in which he was at risk.

While tensions have since decreased between the Israeli right-wing and left-wing, Rabin’s assassination remains one of the most impactful moments in Israeli history.