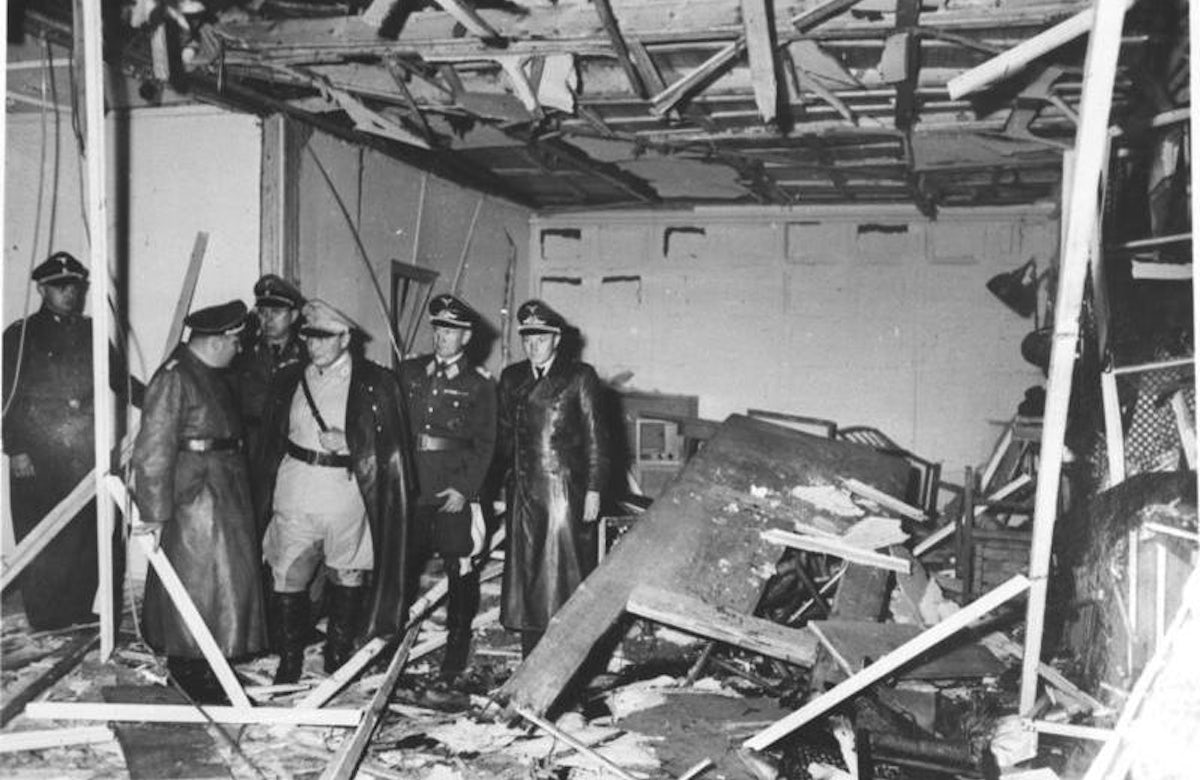 The assassination attempt, which took place at a command post near Rastenburg, East Prussia (modern-day Poland), failed after a bomb planted by Stauffenberg in a suitcase near Hitler only lightly wounded the Nazi leader. The primary cause of failure can be traced to a colonel’s decision to move the suitcase minutes before it went off, unaware of its contents. While four men would die from the explosion, and 20 others including Hitler were injured, the Nazi leader was well enough to give Italian dictator Benito Mussolini a tour of the site later that day.

Believing Hitler to be dead, Stauffenberg flew to Berlin to initiate the next phase of the plan, which called for Germany’s reserve army to overthrow the Nazi regime. However, with Hitler still alive, the plan never came to fruition. General Friedrich Fromm (1888-1945), commander of the reserve army, turned in his fellow conspirators in exchange for his association with them being covered up, ultimately leading to Stauffenberg’s and Olbricht’s arrest. Both were executed on 21 July. Despite Fromm’s cooperation, he was eventually arrested, tried, and executed as well.

In total, the Nazis put to death nearly 4,980 participants, brutally stringing many of them from meat hooks. According to historian Roger Moorhouse, many of the plot participants were of “traditional elite, the best educated, with foreign connections, and with a sense of obligation to the idea of Germany.”

With his survival, Hitler became even more emboldened. “Having escaped death in so extraordinary a way,” Hitler stated, “I am now more than ever convinced that the great cause which I serve will survive its present perils and that everything can be brought to a good end.” However, less than a year after the failed assassination attempt, Hitler committed suicide as the war drew to a close and Nazi Germany’s defeat seemed imminent.

Last year, Germany paid tribute to Stauffenberg and other military figures involved in Operation Valkyrie during events commemorating its 75th anniversary. "Following their conscience, they proved themselves to be true patriots," said German Chancellor Angela Merkel." They urge us to be vigilant and to confront racism and nationalism in all its facets.” After her speech, Merkel laid a wreath at the site where Stauffenberg and others involved in the plot were executed.