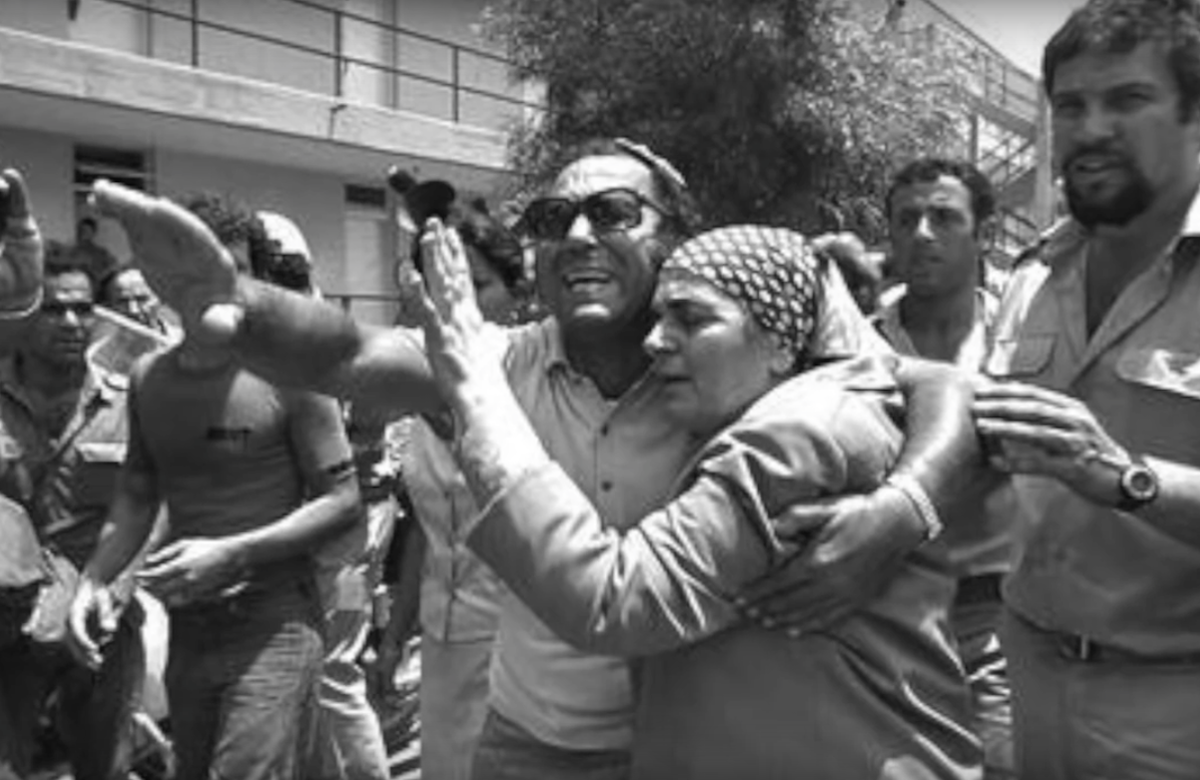 On 4 July 1976, the Israel Defense Forces successfully rescued 94 Israeli passengers and 12 crew members who had been taken hostage at the Entebbe Airport in Uganda, a week after their French jet airliner had been hijacked by the Popular Front for the Liberation of Palestine and the Red Army Faction.

The airliner was hijacked during a planned stopover in Athens on 27 June. Captain Michel Bacos recounted hearing shouts from inside the cabin, upon which he sent his chief engineer to investigate. When the engineer opened the door, he found himself face to face with a man armed with a revolver and a hand grenade, who along with three other hijackers, ordered the plane to reroute to Uganda, where they were joined by their accomplices.

Upon arrival in Entebbe, the hijackers freed over 250 passengers who did not appear to be Israeli or Jewish. They then announced that they would hold the Jewish and Israeli hostages at a terminal in the Entebbe airport until 53 pro-Palestinian militants imprisoned in Israel and other locations were freed. The airplane crew was offered their freedom, however, they refused it, saying that their duty was to stay with their passengers until they were safe.

In Israel, the military leadership met in Tel Aviv, working to gather all possible intelligence on the hostage situation and design a rescue mission. Former Prime Minister Ehud Barak (‘99-’01), was at the helm the operation. Against all odds, an engineer that had submitted a proposal to build a new terminal at the Entebbe airport came forward with the design plans of the airport where the hostages were being held.

The plan called for Israelis to fly an aircraft into Uganda and subsequently approach the hostages’ location in a motorcade identical to the one used by Ugandan dictator Idi Amin. Although the army was able to track down a rare Mercedes limousine in line with those used by the motorcade, the color was wrong, and the IDF was forced to spray paint it the correct color to blend in.

The first Israeli aircraft landed without any problems, but the plan quickly went awry. As subsequent aircrafts approached, a Ugandan soldier raised his rifle, causing Israeli team leader Lt. Col. Yoni Netanyahu to fire at the soldier with a silenced pistol. Another Israeli soldier shot his gun in tandem – without a silencer. The surprise was revealed, and a battle ensued.

The IDF forces began running toward the terminal under fire from the Ugandans. The Israeli commandos surged into the airport, killing one hijacker instantly, and two more as they approached. Meanwhile, an Israeli soldier announced to the hostages on a megaphone in Hebrew and English, “Lie down, don’t get up. The army is here, the army is here.”

When Sara Davidson, one of the hostages, heard the gunfire, she assumed that the terrorists had begun murdering hostages and so she quickly took her 13-year-old son Benny to hide in one of the bathrooms. Sara recalled: “I was just hoping they will kill me and that maybe I can save him. And during these terrible noises, smells and shouting and shooting, I heard him saying Shema Yisrael.”

When the firefight was over, leaving all the hijackers and at least 20 Ugandan soldiers dead, the IDF led all of the hostages onto one of the Israeli aircrafts. Onboard, were 102 hostages and crew. Four people were declared dead or missing.

Among the killed was unit commander Lt. Col. Yonatan Netanyahu, who had been shot shortly after the first aircraft’s landing. The operation, which is commonly referred to as Operation Entebbe, was codenamed by the military as Operation Thunderbolt, and retroactively codenamed Operation Yonatan in memory of the fallen soldier

On 4 July 2016, Uganda and Israel commemorated the 40th anniversary of the operation at a somber ceremony at the Entebbe Airport, where Lt. Col. Netanyahu had been was killed. The Israeli delegation was led by Lt. Col. Netantahyu’s brother, Prime Minister Benjamin Netanyahu.