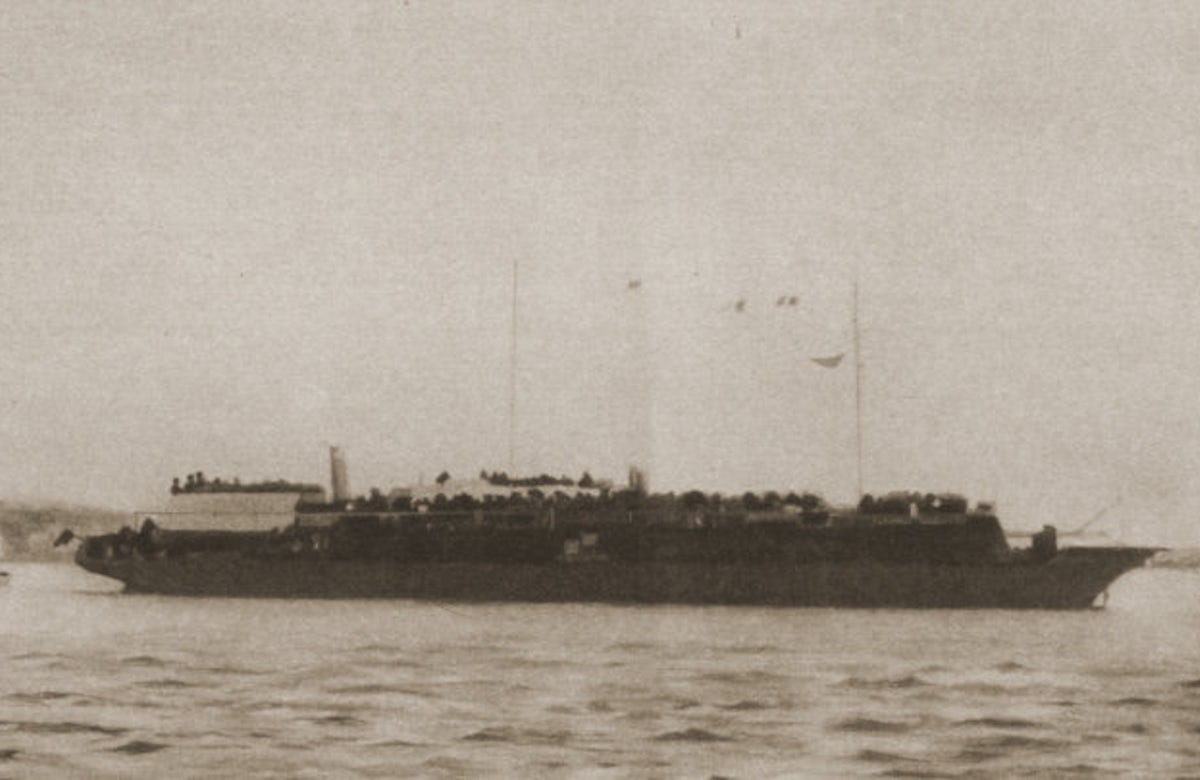 On 24 February 1942, nearly 800 Jewish refugees from Axis-allied Romania died, as their ship the Struma, exploded during its attempt to enter Mandatory Palestine.

The ship, which was overcrowded and lacked adequate sanitary facilities, left the Romanian port of Constanta in December 1941. Passengers were tricked by charlatans into paying approximately $1,000 each in exchange for passage, which included a layover in Turkey, as well as visas to enter Mandatory Palestine. However, the ship was not durable, and its engine failed a couple of miles off the Turkish border. When a captain of a passing ship saw the Struma in distress, he offered to repair it in exchange for the passengers’ wedding rings, the only valuables most of the refugees were carrying with them. Reluctantly, the passengers agreed.

However, when they arrived in Istanbul, they were informed that they would not be able to enter Palestine or Turkey; the British were refusing to let the ship sail to Mandatory Palestine due to its strict immigration policy, and, without visas for Mandatory Palestine, Turkey refused to allow them to enter as well. Conditions on the ship were awful, as there was a shortage of food and water. Soup was cooked twice a week and supper was typically an orange and some peanuts.

On 23 February 1942, after more than two months in Istanbul's harbor, the Turkish police forcibly towed the boat—the engine of which had recently failed again—out to sea and abandoned it. The next day, on February 24, after a huge explosion, the boat sank. Although the cause of the explosion of the ship was not definitively determined, it is likely that it was torpedoed by a Soviet submarine after being mistaken for an enemy ship.

Many passengers were trapped below deck and drowned; others survived the sinking and clung to pieces of wreckage. Nearly all of the passengers eventually died; 19-year-old David Stoliar was the sole survivor.

Stoliar was taken to a military hospital in Istanbul before being jailed for being in Turkey illegally. After 71 days, he was granted an “exception” by the British government and allowed to enter Palestine.

The sinking of the Struma led to widespread protest against Britain's policy on immigration into Palestine. In a letter to the chief secretary of the Palestine government, John Macpherson, future Israeli Prime Minister Moshe Sharett accused the British government of discriminating against Jewish refugees.