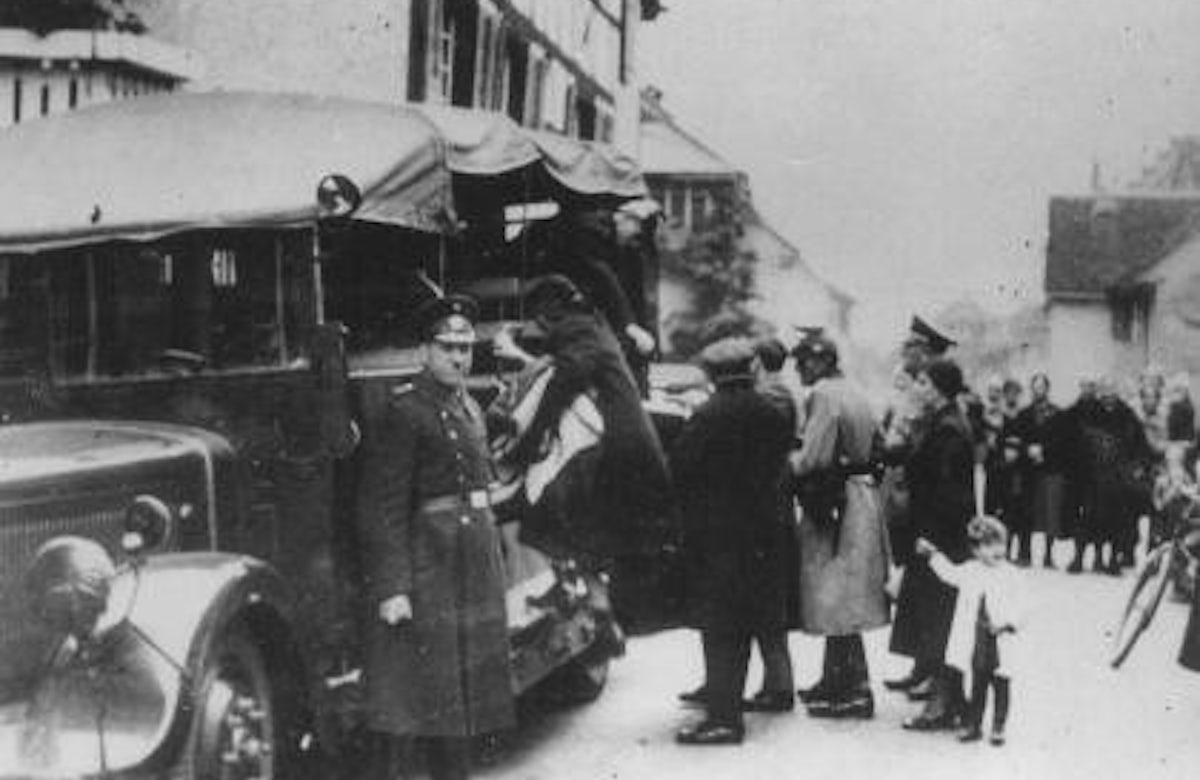 Deportation of German Jews to France, where Vichy officials would intern them in the Gurs camp (in southwestern France). Gailingen, Germany, October 1940. (c) Yad Vashem