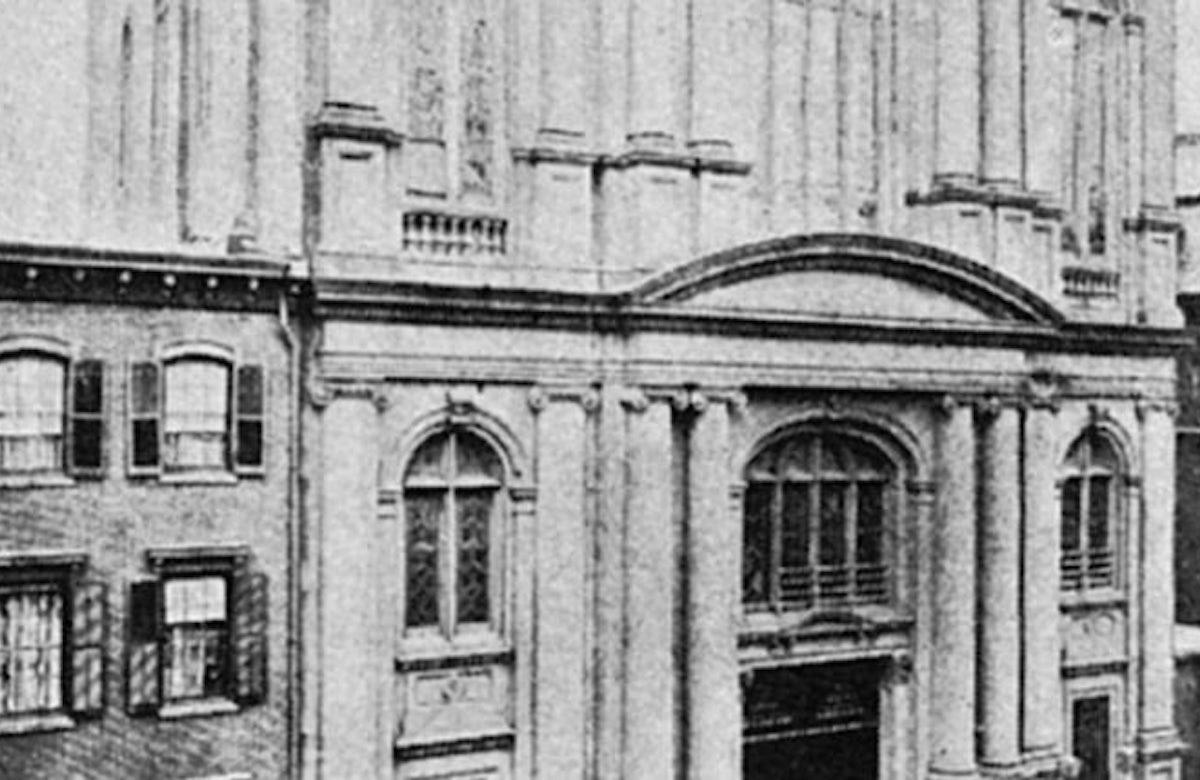 On 8 April 1730, America’s first synagogue, Congregation Shearith Israel, was consecrated   on the seventh day of Passover.

The congregation, also known as the Spanish and Portuguese Synagogue, bought the parcel of land for the construction of its own building on Mill Street in 1728. Historian Jonathan Sarna has pointed out that the design of the synagogue reflects some of the lessons learned by the Jews regarding their presentation to others over centuries of Diaspora life: “to practice great discretion on the outside, not drawing excessive attention to themselves, while glorying in their faith on the inside, where tradition reigned supreme.”

Unlike Sephardi congregations in Amsterdam or London, where unmarried women generally did not attend Sabbath and holiday services, unmarried women in New York City came to services. Single women, and often their fathers on their behalf, attempted to sit in the first row of the gallery upstairs so that they would be noticed. However, in 1792, the congregation passed a resolution that barred any unmarried woman except Rachel Pinto (who was 70 years old and wealthy) from taking a seat in the front gallery.

In 1818, having outgrown its home, the congregation rebuilt on the same site. It moved again in 1834 to what is today known as SoHo. Since 1897, the congregation has been situated at 70th Street and Central Park West.

Rabbi Dr. David de Sola Pool served as rabbi of Shearith Israel as rabbi from 1907 until his death in 1970. In 1928, he founded the Union of Sephardic Congregations, under whose auspices he prepared and published Sephardic prayer books with his own elegant English translation.