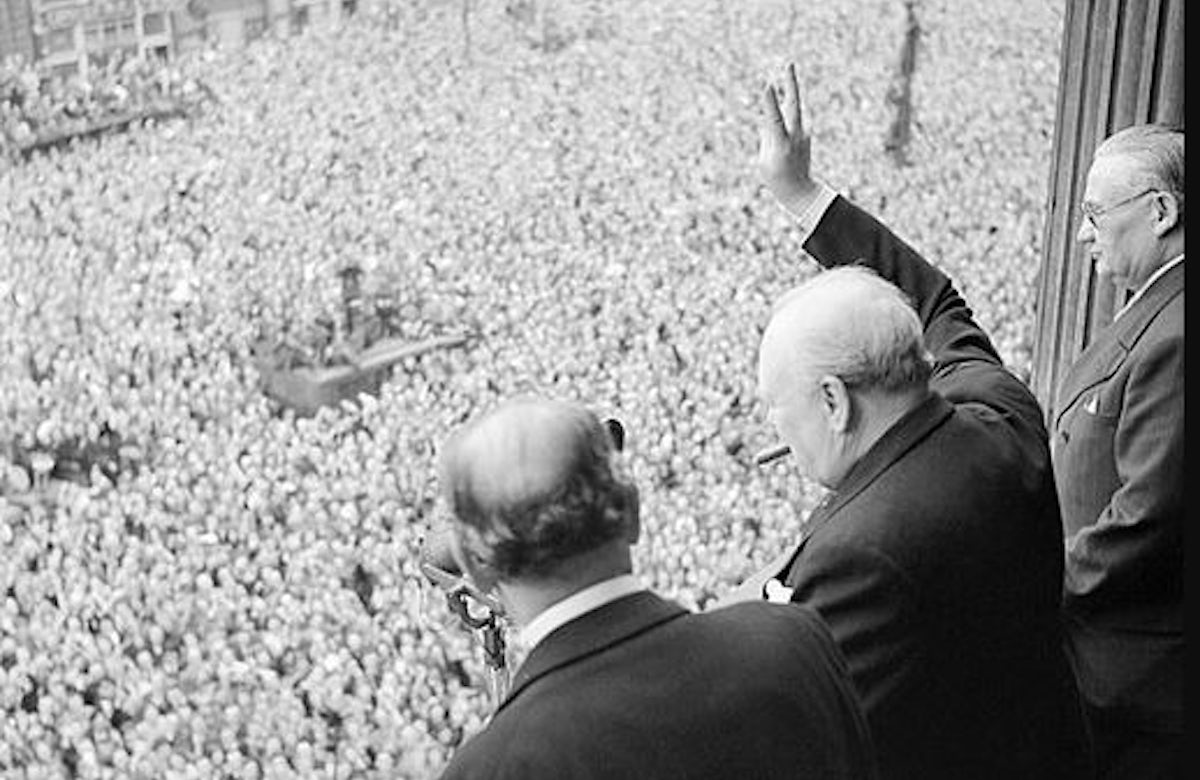 On 8 May 1945, one day after General Alfred Jodl signed a document calling for the unconditional surrender of  all German military forces, Allied countries celebrated the end of World War II,  on what became known as Victory in Europe Day (V-E Day). While the war would not come to an official close until September, V-E Day marked the end of most of the fighting in Europe, where tens of millions of soldiers and citizens were killed since the start of the war.

The announcement that the war had ended came via radio late in the day on 7 May. The BBC interrupted its scheduled programming with a news flash announcing that the next day would be a national holiday. Various events, including parades, thanksgiving services, and street parties, were planned to mark the occasion.

Upon Germany’s surrender, celebrations erupted throughout the Western world, especially in the United Kingdom and the United States. More than one million people took to the streets throughout the UK to mark the end of the European part of the war with large crowds amassing from Trafalgar Square to Buckingham Palace, where King George VI and Queen Elizabeth appeared on the balcony before a cheering crowd.

“God bless you all. This is your victory. In our long history, we have never seen a greater day than this. Everyone, man or woman, has done their best,” said UK Prime Minister Winston Churchill in his victory speech.  "We may allow ourselves a brief period of rejoicing but let us not forget for a moment the toil and efforts that lie ahead."

Later, Churchill gave an impromptu speech on the balcony of the Ministry of Health building. With huge, cheering crowds gathered below he declared, "This is your victory."The crowd shouted back, "No – it's yours!"

President Harry S. Truman dedicated the day to President Franklin D. Roosevelt, who had recently passed away and had led the country through the war years. While flags remained at half-mast as part of the 30-day mourning period, there were still scenes of great joy throughout the country.

“Our rejoicing is sobered and subdued by a supreme consciousness of the terrible price we have paid to rid the world of Hitler and his evil band,” said President Truman in his victory address. “Let us not forget, my fellow Americans, the sorrow and the heartache, which today abide in the homes of so many of our neighbors—neighbors whose most priceless possession has been rendered as a sacrifice to redeem our liberty."