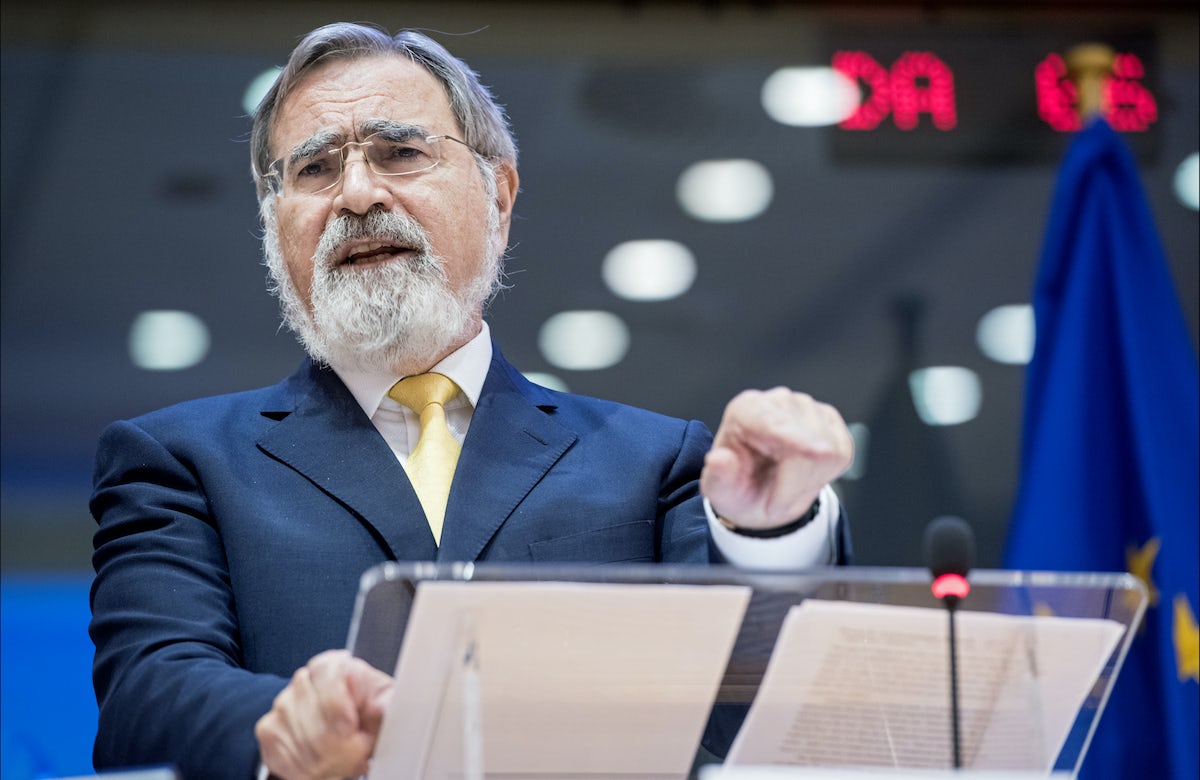 NEW YORK – The World Jewish Congress mourns the death of Rabbi Lord Jonathan Sacks, the former Chief Rabbi of the United Hebrew Congregations of the Commonwealth and one of the spiritual and intellectual giants of contemporary Judaism.

Reacting to the news, WJC President Ronald S. Lauder declared: “The World Jewish Congress and the entire Jewish world are profoundly saddened by the passing of former British Chief Rabbi Lord Jonathan Sacks. A theologian of extraordinary intellectual depth and moral conviction, Rabbi Sacks was a riveting orator and brilliant author who brought the timeless teachings of Jewish scripture to both Jews and non-Jews alike, fusing Jewish tradition with modern thought. His writings, including – and perhaps especially – his commentaries on the weekly Torah portion will be cherished by future generations.

“We extend our deepest condolences to Lord Sacks’ wife Elaine and their family. May they —and the whole house of Israel – be comforted among the mourners of Zion and Jerusalem, and may his memory be an everlasting blessing and source of inspiration.”