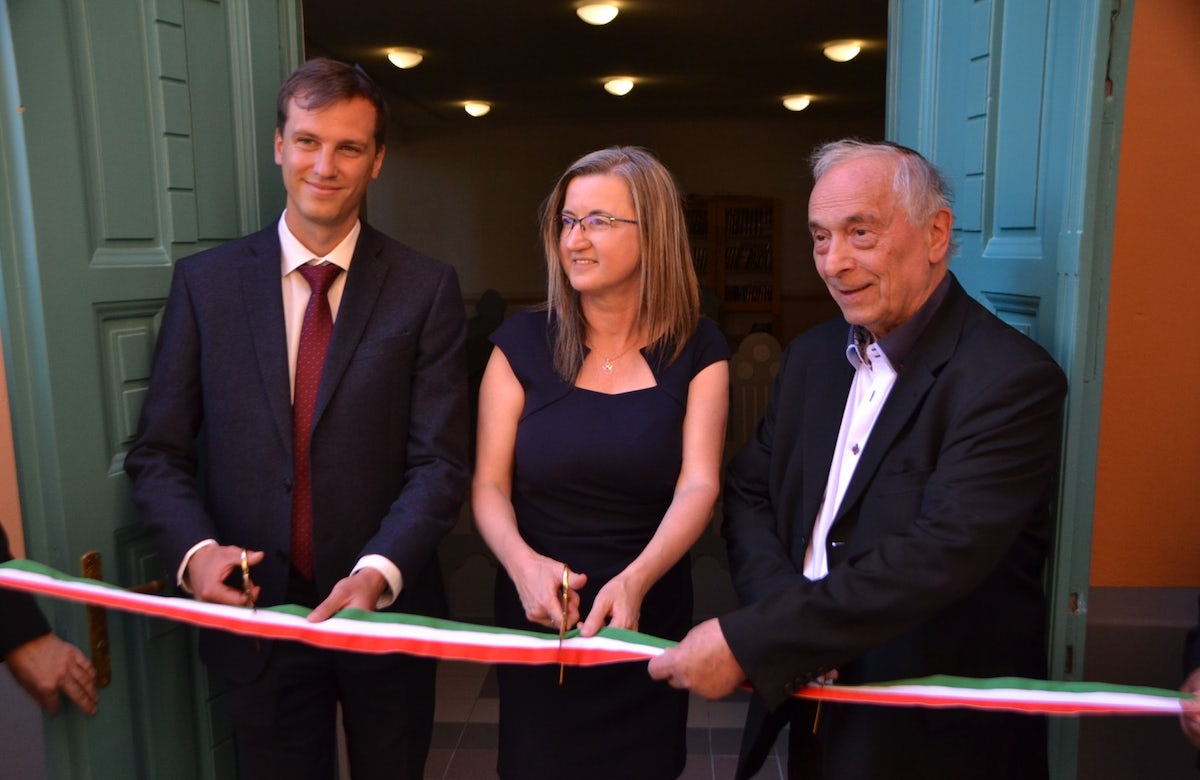 Renovations to the building included fixes to the insulation, a new paint job, and the creation of a memorial courtyard to victims of the Holocaust, as well as a new visitor center adjacent to the synagogue was rebuilt.

The cost of the project, approximately €4 million, was covered by the Hungarian government as part of the “Hungarian Jewish Heritage Route in Eastern Hungary” campaign which aims to upgrade infrastructure and facilitate visits to Jewish heritage sites in Makó and four other towns and villages.

The campaign was formally launched at a news conference in Miskolc in December of 2018. There MAZSIHISZ President and World Jewish Congress Vice President András Heisler explained that the goal was, “to create long-term sustainable tourism services that preserve and showcase the pre-war cultural, religious and historical heritage of Jews in the eastern region.”

There are two Jewish cemeteries in Makó. A nearly one-mile road was built last year towards the Jewish cemetery where Rabbi Moshe Vorhand (1862–1944) was laid to rest. Each year, hundreds of pilgrims visit the gravesite of Rabbi Vorhand who was killed by local Hungarian fascists shortly before the Jewish community was deported to the Auschwitz-Birkenau death camp.

Built in the 1870’s, the renovated synagogue in Makó is the only synagogue remaining in the city.