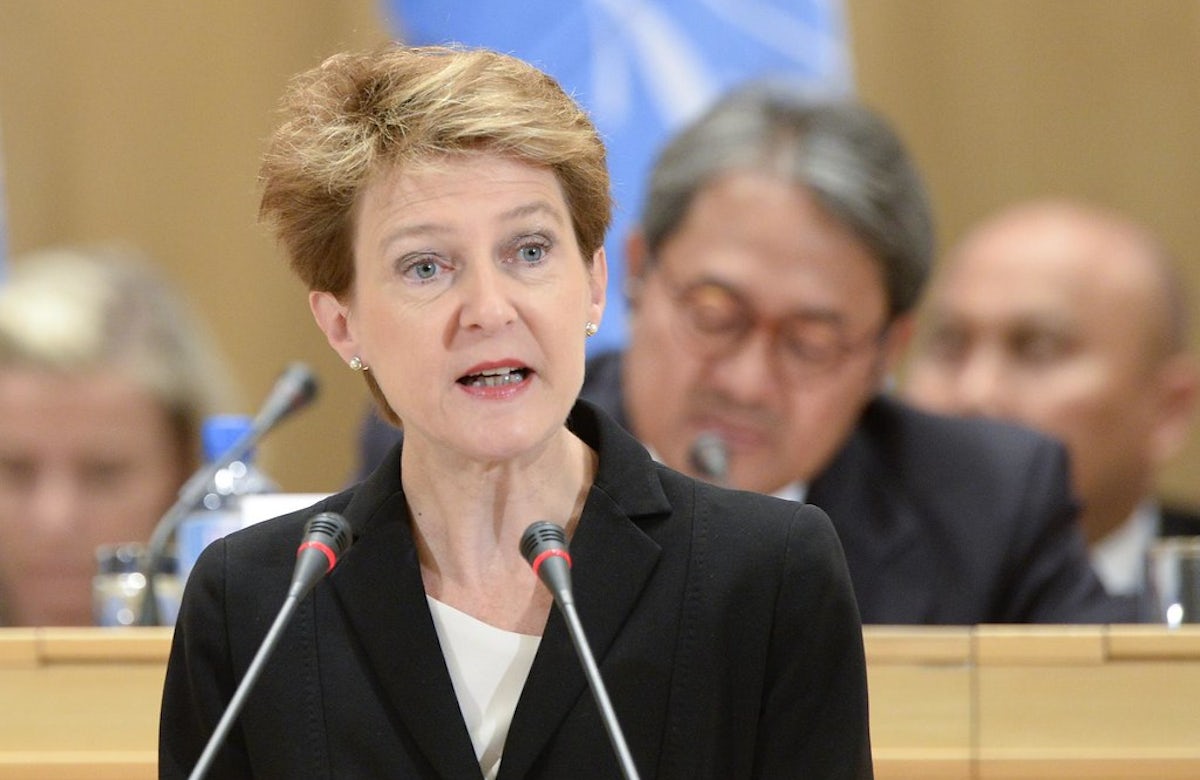 Swiss Federal President Simonetta Sommaruga met Sunday in Bern with Holocaust survivors for a personal exchange, ahead of the 75th anniversary of the liberation of Auschwitz on January 27.

In remarks carried by the Department of Environment, Transport, Energy, and Communications (DETEC) on its website, President Sommaruga expressed to the survivors her desire to get to know them personally, to “enable personal encounters, and to keep the memory of the immeasurably tragic time alive.”

“Most people in our country know about the inhumane policies of the Nazis and their accomplices through newspaper articles, memoirs or exhibitions,” Sommaruga said. “You also know that survivors of the Holocaust live in Switzerland. And yet your fate sometimes threatens to be forgotten.”

“Time is running out - and the circle of survivors is getting smaller every year,” Sommaruga said. “We want to take care of you and provide you with all the more. You were persecuted by the Nazis and their accomplices and you suffered a lot of harm. The least we can do is show you that you and your families are in good hands with us.”

On January 27, the World Jewish Congress will take part in the 75th anniversary commemoration event at the Auschwitz-Birkenau Memorial site, during which WJC President Ronald S. Lauder will address heads of state and representatives of Jewish communities from around the world, as well as close to 200 Holocaust survivors, as the world marks the anniversary.