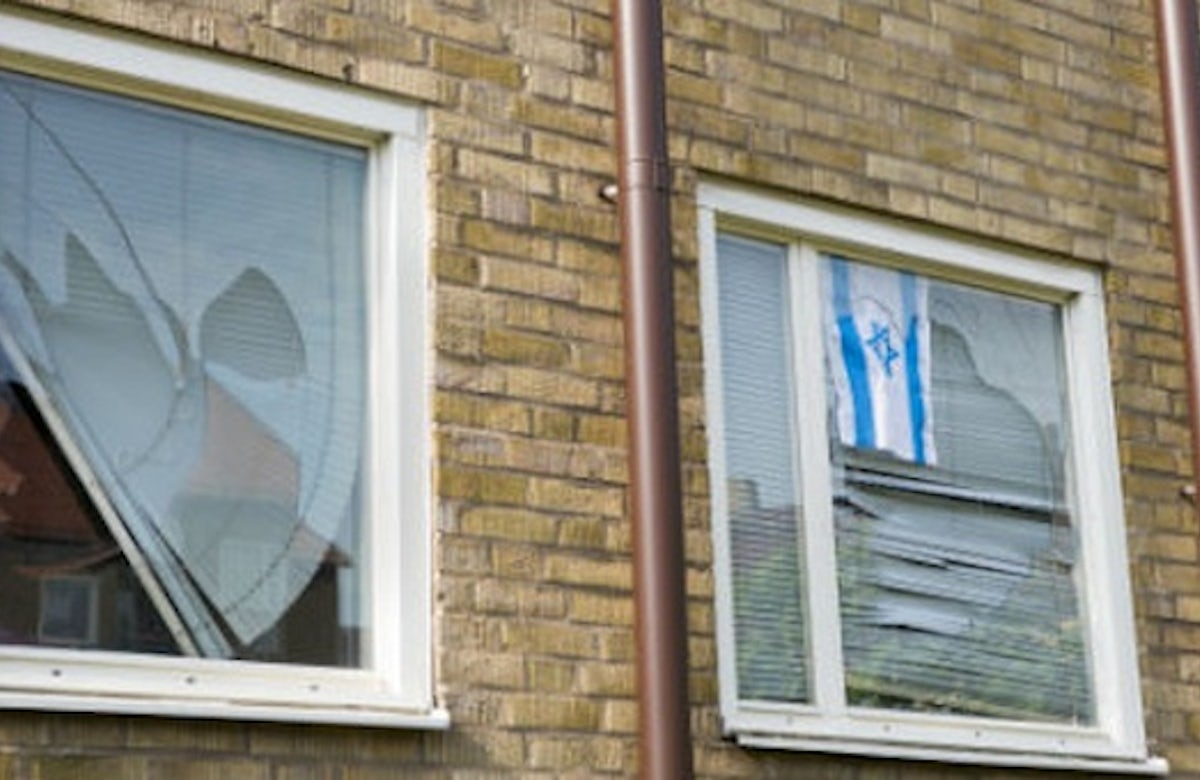 A 38-year-old man was beaten with a metal rod outside his home in the Swedish city of Malmö on Sunday in what police is treating as a hate crime.

Before the assault someone smashed the window of the man's house, where an Israeli flag hung.

"The man then went out on the street to see what was going on. He was attacked because of the flag," Malmö Police press officer Linda Pleym was quoted as saying by the newspaper 'Svenska Dabgladet'.

The victim was pursued by his attackers but managed to get away. He was later found by police in a neighboring stree and taken to hospital with serious, but not life threatening injuries. Police have questioned witnesses, but no arrest has been made yet.

The attack has been classified as aggravated assault. Malmö police intended to interview the victim later on Monday.

In recent years, anti-Semitic attacks have been on the rise in Sweden's third-largest city, and many in the city's Jewish community have left, or are considering leaving, Malmö.