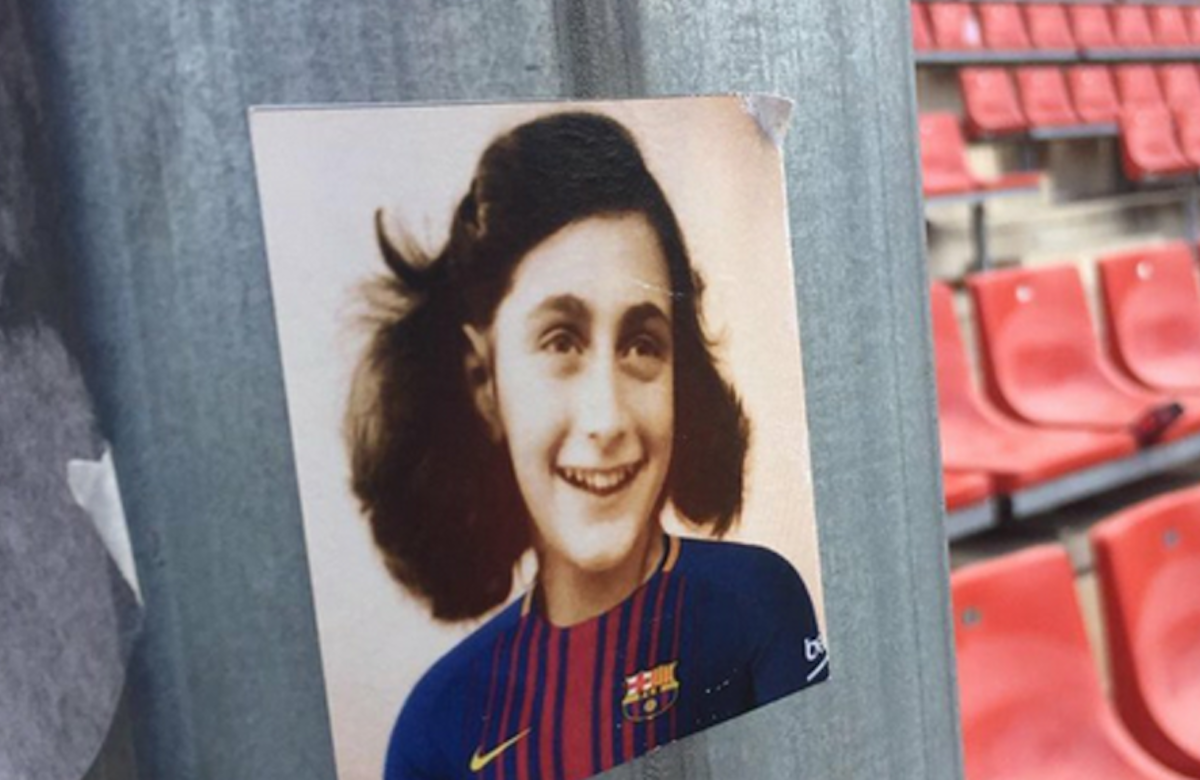 NEW YORK – The World Jewish Congress on Wednesday voiced sharp concern after stickers bearing the image of Holocaust victim Anne Frank wearing an F.C. Barcelona shirt were distributed by fans of the rival Espanyol football team during a derby match in Girona.

“It is extremely disconcerting to see that football fans continue to diminish and even ridicule the horrors of the Holocaust by using the symbols of Jewish suffering to taunt their rivals, in a clear indication of ignorance and lack of education about the greatest crime against humanity in modern history,” said WJC CEO and Executive Vice President Robert Singer.

“Were this just an isolated incident, we might suggest that Espanyol supporters in particular were in need of Holocaust education and diversity training. But this is just one of so many examples of ignorant racism, xenophobia and antisemitism proliferating across the sporting world, in need of more than just a one-stop solution,” Singer said.

“When fans of Lazio pulled the same exact provocative measure last year, they were met with immediate denunciation, prompting team players to read passages of Anne Frank’s diary before their next match in a sign of memory and respect for the victims of the Holocaust,” Singer said.

“We are gratified by the Espanyol leadership’s quick and firm condemnation of this incident, and by its stated commitment to opposing antisemitism and other forms of cultural, political, or ethnic offenses,” Singer added. “Still, this incident underscores the very real and critical need to tackle hatred in the stadiums and free football of politicization and discrimination. We urge Espanyol and its peers to join our efforts in rooting out this cancer once and for all.”