WATCH | Behind the rise of Start-Up Nation Mentorship, a project of the WJC 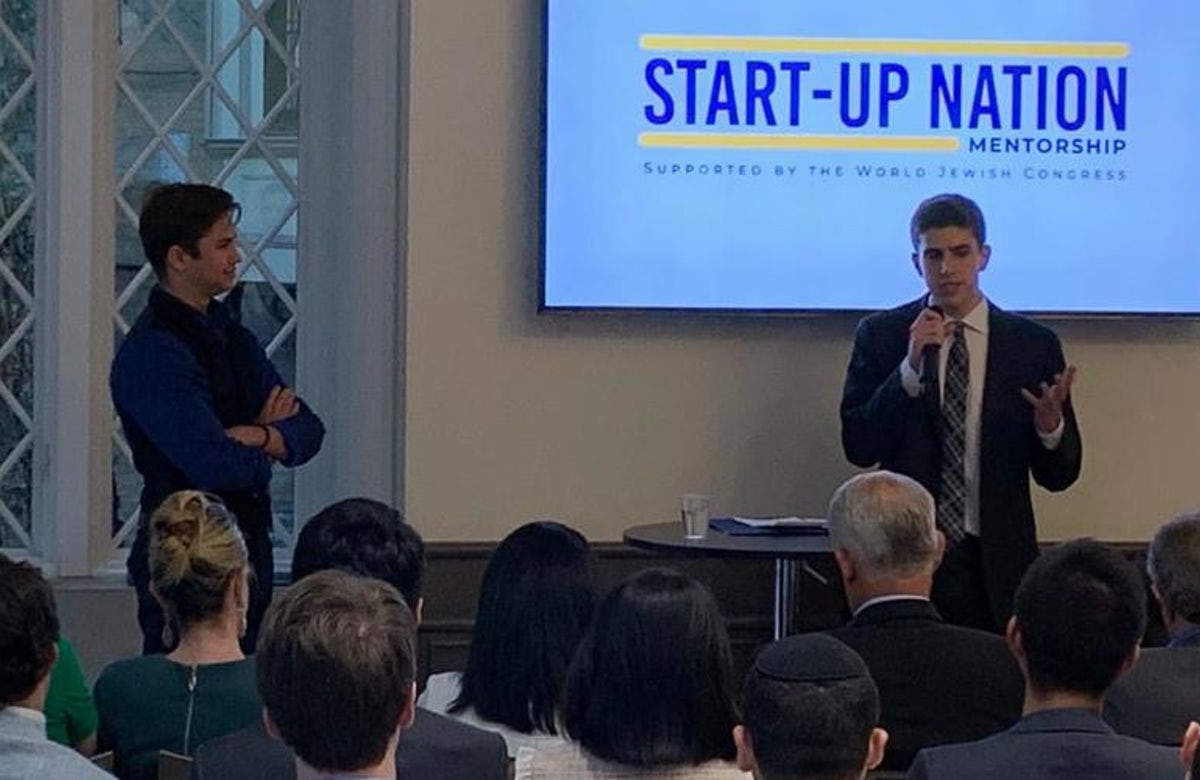 The co-founder of the Start-Up Nation Mentorship, an initiative born in 2018 of the World Jewish Congress’ annual Campus Pitch Competition, was interviewed last week by I24 News to discuss the progress of the mentorship program since its inception and the efforts being made to engage students and expand the discourse about Israel and Jewish issues.

In the two years since Adam Shapiro first proposed the program to the World Jewish Congress, the Start-Up Nation Mentorship program has expanded to 18 college campuses and is on a path to future growth and success. At its heart, the mentorship creates meaningful relationships for primarily non-Jewish students with Israeli professionals, to gain career advice and be exposed to Israel outside of politics.

Shapiro explained that when he began his freshman semester at Cornell University, he was shocked to see the amount of anti-Israel bias on his campus. He realized that in order to effectively combat the BDS movement, pro-Israel advocates had to be proactive and “expose students to Israel on their own turf.”

The Campus Pitch Competition, which has enabled the Start-Up Nation Mentorship to both get off the ground and grow, was inaugurated in 2015 by the World Jewish Congress and the Consulate of Israel in New York in order to encourage students to propose creative new projects to engage college students with Israel. The competition is now entering its fifth year with the support of WJC President Ronald S. Lauder, who sees action on campus as one of the critical tools for fighting antisemitism. Since its creation in New York, the competition has spread across the US and into the United Kingdom.

Campus Pitch 2020 will take place in February, with five student finalist teams pitching their ideas in-person to a panel of distinguished judges. The winning team will receive a grant of up to $10,000 to implement their idea in spring 2020.