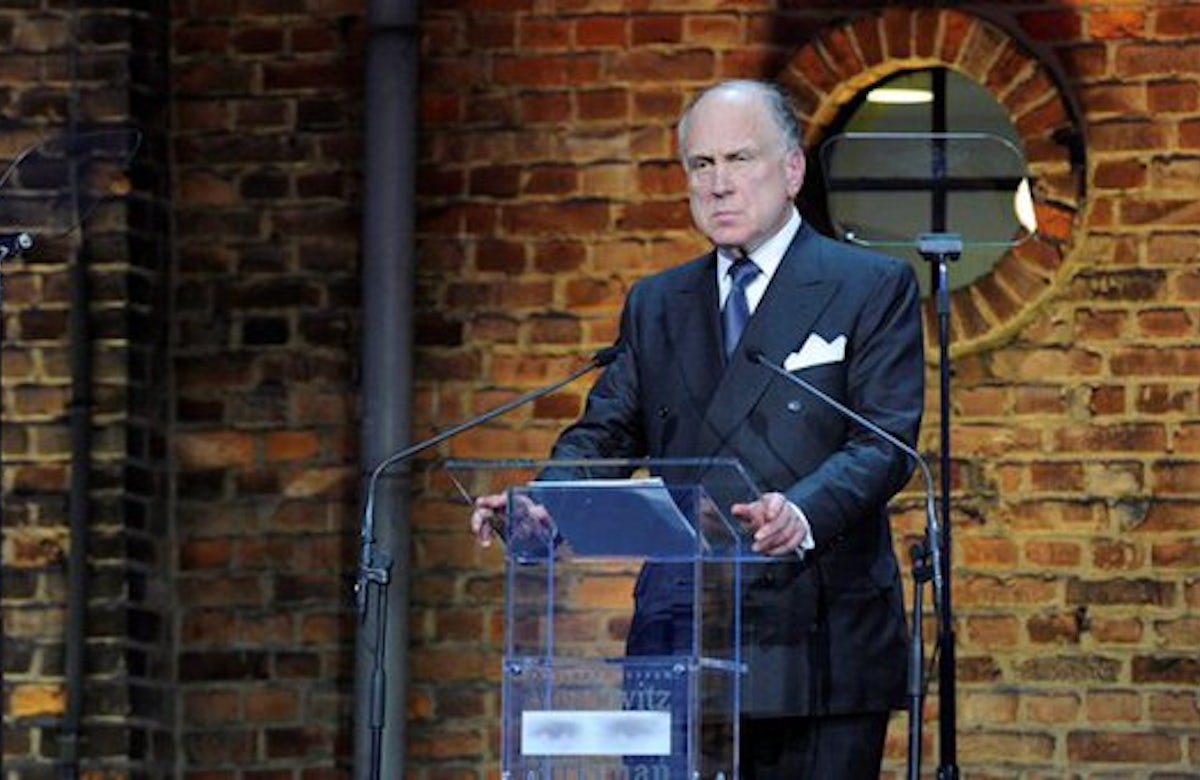 Following are excerpts from the speech of WJC President Ronald S. Lauder at the ceremony at Auschwitz-Birkenau on the occasion of the 70th anniversary of the camp's liberation.

I am here, simply, as a Jew. And, like all Jews everywhere, this place, this terrible place called Auschwitz, touches our souls. 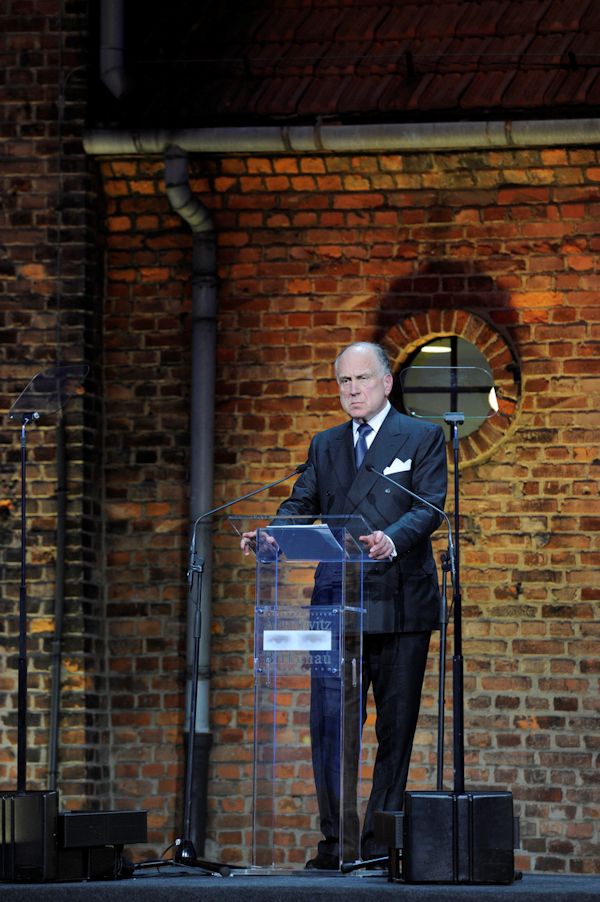 I have always wondered if I had been born in Hungary, where my grandparents were from, instead of New York in February of 1944, would I have lived?

What was the reason that over one million Jews were murdered right here? The reason was they were Jewish. Nazi Germany believed Jews had no right to live. Yes, the Holocaust was designed by the Nazis. But there was complicity from almost every country in Europe.

I was going to make a very different speech here today. But after the recent events in Paris, throughout Europe and around the world I cannot ignore what is happening today.

Jews are targeted in Europe once again because they are Jews. Synagogues and Jewish businesses are attacked. There are mass demonstrations with thousands of people shouting death threats to the state of Israel and to Jews.

Shortly after the end of World War II, after we saw the reality of Auschwitz and the other death camps, no normal person wanted to be associated with the anti-Semitism of the Nazis.

For a time, we thought that the hatred of Jews had finally been eradicated. But slowly the demonization of Jews started to come back. First in articles and on the internet, in some religious schools and even universities. From there it made its way into mainstream society.

It happened so slowly and it all seemed so unimportant that few people paid any attention.

Until now, when Europe suddenly awoke to find itself surrounded by anti-Semitism again and it looks more like 1933 than 2015.

How did this happen? Why, after seven decades and three generations, is this new storm of anti-Semitism sweeping through Europe and targeting Jews?

For decades, the world has been fed lies about Israel: that Israel is the cause of everyone’s problems, that Israelis are the villains of the 21st century, that Israel has no right to exist.

We all learned that when you tell a lie three times and there is no response, then the lie becomes the truth.

This vilification of Israel, the only Jewish state on earth, quickly became an opportunity to attack Jews. Much of this came from the Middle East, but it has found fertile ground throughout the world.

The targets of this hate are not just Jews. Christians are being slaughtered in Africa and Syria. Women and girls are killed in Afghanistan just for wanting to go to school. Journalists are murdered in the Middle East and right here in Europe a terrible wave of hatred has descended on our earth once again.

There are representatives from 40 nations here with us today and we, the Jewish people, are so grateful that you have joined us. You are good, decent people. But because of where we are and what this place means your governments must stand up to this new wave of hatred.

Schools must teach tolerance of all people. Houses of worship should be places of love, understanding, and healing they should not be telling their people to kill in the name of god. All countries and the European Union must make hate a crime. Any country that openly brags about the annihilation of another country should be excluded from the family of nations. Every government must have absolutely zero tolerance for hate of any kind.

Unless this is checked right now, it will be too late. We still have a chance to stop this, but if every government does not act quickly, then the tragedy of this terrible place will darken our world again.

Do not let this happen again.