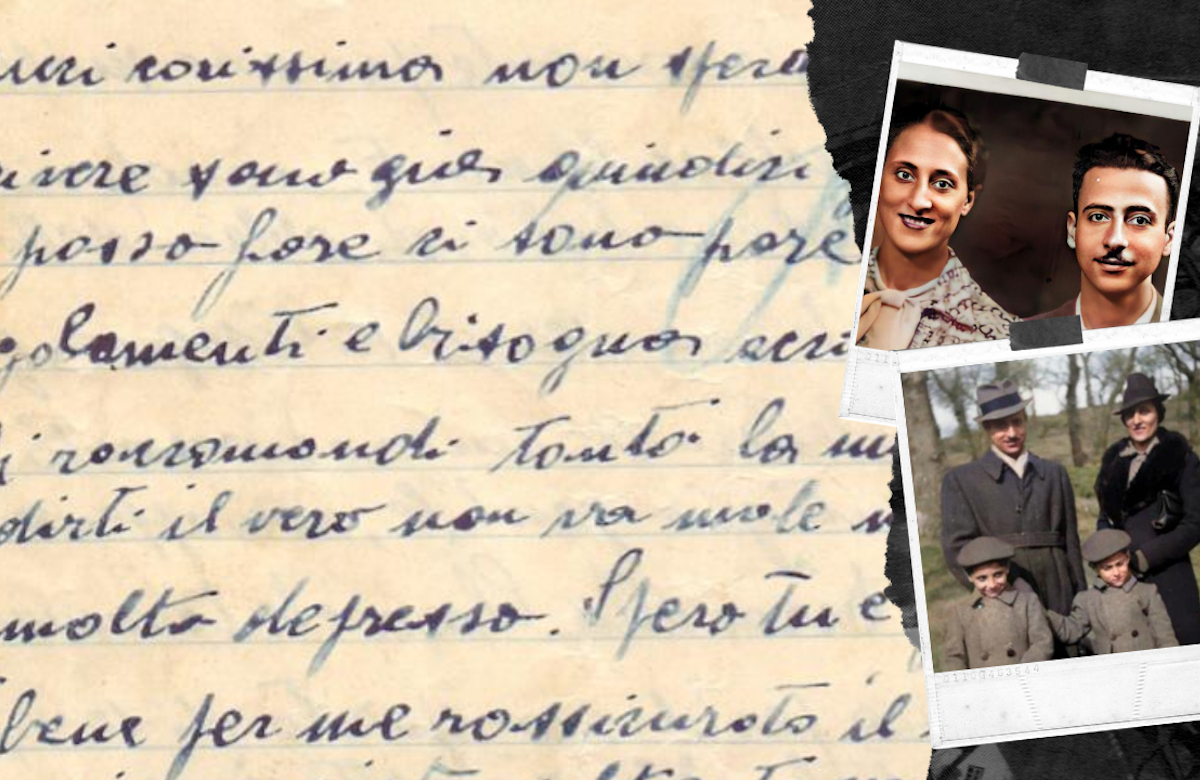 After being arrested and imprisoned in December 1943 by the Nazis for the “crime” of being Jewish, Daniele Israel secretly sent more than 250 letters to his wife, Anna, and children Vittorio and Dario, who were in hiding in Trieste. Having owned an upholstery shop, Daniele stitched the letters into the collars and cuffs of his shirts before they were taken to be laundered by two prison staff members. The BBC tells this sad, yet incredible story.

However, instead of proceeding on their normal route, the two prison staff members -- who were forced to work in the prison and had worked closely with Daniele at his upholstery shop -- secretly brought the clothing and letters to Daniele’s family. After washing the shirts and reading the letters, Anna sewed in her own letters. Through this clandestine communications channel, Daniele communicated with his family throughout his time in prison.

The letters are now recognized as treasures, after a chance 2017 meeting between researchers from MyHeritage and Daniele’s son Vittorio.

In the letters, Daniele describes the fear he experienced for his family’s well-being and what life was like in prison, and he encourages his family to remain optimistic. "Be good and true brothers, love each other always. That way you'll make me and your dear mother, who is such a good person, happy," he wrote in one letter.

The letters were anxiously awaited in the Israel household, Vittorio told the BBC. "We'd wait for our father's laundry to arrive for my mum to wash but first she'd search for the letters in his shirt collars and cuffs. She'd unstitch them and extract the letters. We'd be sitting there and she'd read out to us what papa had written.

"He wrote most of them for us because he maybe wanted to help us get through this difficult time. He often wrote asking how we were, what we were doing. He wanted to look after us, make sure we weren't sick. In all his letters he expressed his state of mind. He was always scared for us. He begged our mother to be careful and make sure we weren't found,” Vittorio added.

Daniele and Anna’s parents were deported to Auschwitz in September 1944, but even onboard the train headed to the death camp, Daniele managed to write one last letter to his family and transport it via a worker on the train whom he knew. "He gave him a letter that he brought to us and in that letter he'd written, 'From the distance you can see the smoke. There's so much smoke here. This is hell,’" Vittorio said.

The family never found out if Daniele survived the death camp. While they heard rumors that he was spotted outside of the death camp they never found him despite years of searching. The brothers believe that he likely died on a death march.

Anna, Vittorio, Dario survived the Holocaust and immigrated to Israel. Between the two of them, the two brothers have four children and 13 grandchildren. Outside the Israel family's former home in Trieste lies four stolpersteine, or stumbling stones, commemorating the memory of Daniele and other relatives lost during the Holocaust.