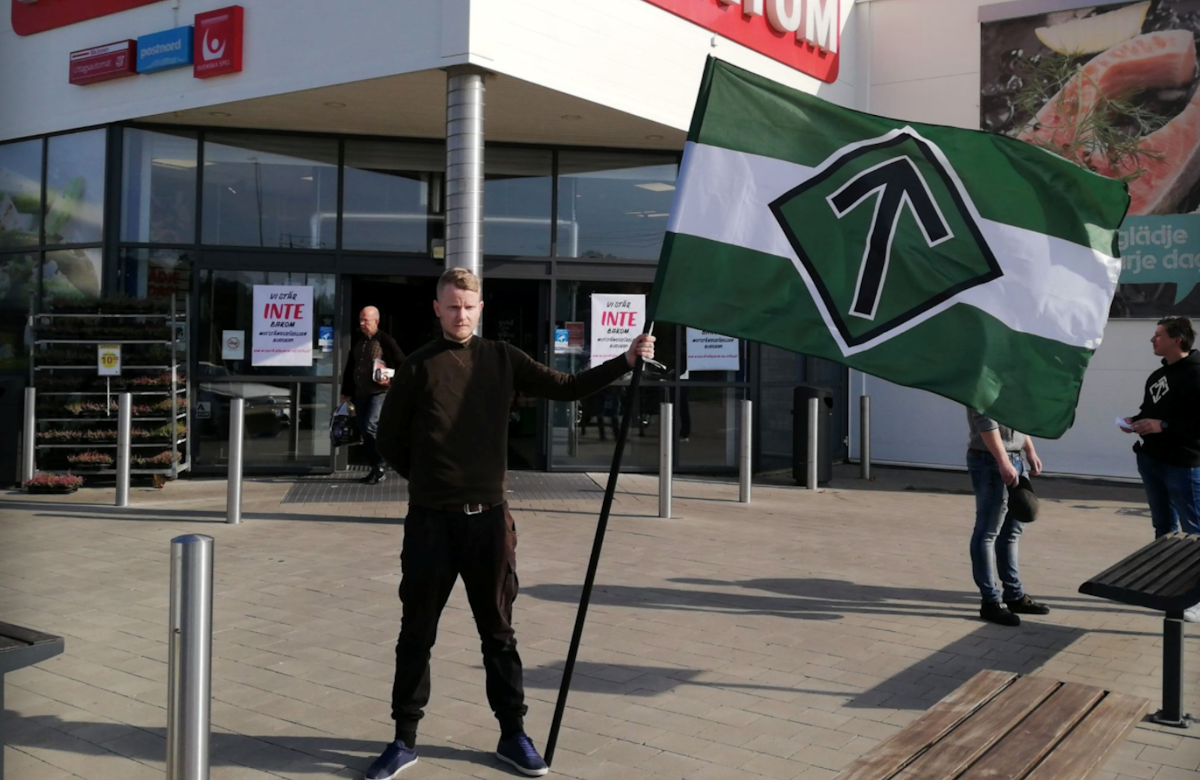 NEW YORK – Reacting to reports that the neo-Nazi Nordic Resistance Movement (NRM) organization launched a string of coordinated actions on Yom Kippur targeting Jews in Sweden, Denmark, Norway and Iceland, World Jewish Congress President Ronald S. Lauder sharply condemned these blatant expressions of antisemitism on the holiest day of the Jewish calendar. Actions included vandalism at Jewish institutions and the distribution of antisemitic handbills in several Swedish cities, as well as outside a synagogue in Norrköping, Sweden.

Lauder condemned these antisemitic acts, and signaled the danger they present for Jews in Europe and across the globe:

“This Yom Kippur marks the second year in a row that antisemitism has reared its ugly head in Europe. Last year, we saw a murderous antisemitic attack targeting the synagogue in Halle, Germany, and this year, the modern-day successors of the Nazis of the 1930s and 1940s, known as the Nordic Resistance Movement, have mounted a vile and vicious campaign of hate against Jews in Northern Europe.

“The Nordic Resistance Movement represents a violent, racist, antisemitic ideology, and should be outlawed. Perpetrators of this type of incitement against Jews, horrifically disseminated on the most solemn day of the Jewish year, must be prosecuted to the full extent of the law.

“On behalf of the World Jewish Congress, I call on all Nordic governments to follow Finland’s example and move swiftly to ban the Nordic Resistance Movement and rid its violent propaganda from our streets. It is the responsibility of governments and law enforcement to ensure that Jewish religious and community institutions have suitable police protection, to enable Jews to practice freely, without intimidation or fear. National parliaments must ensure that there is a suitable legal framework to address all expressions of hate and intolerance. Until the respective governments take these forceful steps, we cannot truly say that we are fighting the scourge of antisemitism.”